VR year in review: 2022 brought no game-changers to virtual reality

2022 was a difficult year for the augmented and virtual reality industry, despite (or because of) the Metaverse hype. But 2023 gives hope.

Facebook’s renaming and orientation toward the metaverse marked the VR year. The metaverse is a mysterious thing that has many definitions. Some aspects already exist. Others are far-off sci-fi fantasies, and don’t necessarily require VR or AR.

Not even experts agree on what exactly it is, let alone consumers. An initial flurry of activity swept the industry, bringing back unpleasant memories of 2016. The Metaverse quickly ran out of steam. Enthusiasm gave way to metaverse fatigue.

Meta’s chief technology officer penned a blog post looking back on the past year and “the M-word” doesn’t come up once. Instead, he talks about “the future.” This future is a decade or more away, and current technology can’t live up to it.

This raises the question whether Zuckerberg wasn’t too early with his metaverse bet. Why make such a fuss about something that is still so far away and provokes embarrassing comparisons (Second Life and company)?

A tough year for Meta

For the most important driver of the VR and AR industry, Meta had its most difficult year so far.

In addition to its core business, Meta also suffered setbacks in the VR and AR sectors. Meta’s prestige project and poorly attended proto-metaverse Horizon Worlds repeatedly made negative headlines, most recently through Zuckerberg’s lifeless avatar selfie (see article image), which achieved meme status and could haunt Meta for years to come. A planned expansion of virtual worlds to smartphones and browsers has been postponed until next year. 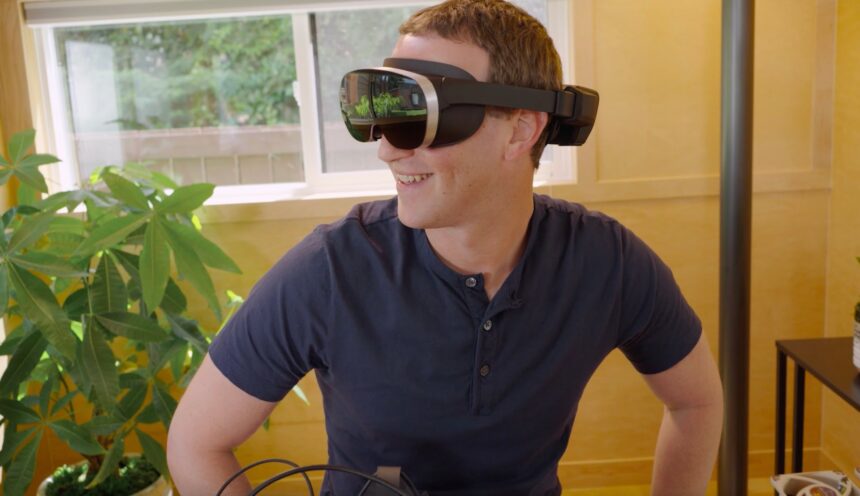 In the summer, Meta gave interesting insights into VR research. However, it will be many years before the technical concepts are ready for the market. | Image: Meta

A court battle with the US antitrust authority FTC, the halt of a fundamentally important XR project, and the postponement of Meta’s first AR headset to 2026 were further low points for Meta. Despite these setbacks, Zuckerberg remains committed to the Metaverse vision and plans to invest in VR and AR for the long term.

He is firmly convinced that a new computer age has dawned. We should not expect a spontaneous turnaround. For that, Meta would have to slip even more than in 2022.

New Virtual Reality hardware: Only for enterprises and the rich

Other major players could have supported VR and AR in 2022, but largely refrained from doing so.

Playstation VR 2 was finally detailed, but its launch was pushed back to next year. The French mixed reality headset Lynx R1 will also not officially launch until February 2023 – almost a year late.

And what about Apple? The mixed reality headset, whose release has been predicted for many years, will now be unveiled in 2023, claims a well-informed Apple leaker and supply chain analyst. I wouldn’t bet on it, though.

2022 could have been a bombastic hardware year. The devices that actually appeared are technically fascinating but irrelevant to end consumers. They will not advance the market decisively.

The Magic Leap 2 AR headset launched in September is aimed at enterprises and hardly made headlines at launch, especially compared to its predecessor. Meta Quest Pro (review) received more attention, but turned out to be an overpriced beta device and mixed reality devkit that lacks proper software and apps.

The dawn of the mixed reality era

At the end of the year, Microsoft’s Vice President for Mixed Reality hinted that a successor to the Hololens 2 is in the works. However, these statements do not sound very convincing, especially since Microsoft CEO Satya Nadella emphasized that Microsoft’s Metaverse focus will be on software. A software partnership with Meta announced in the fall fits into this context. 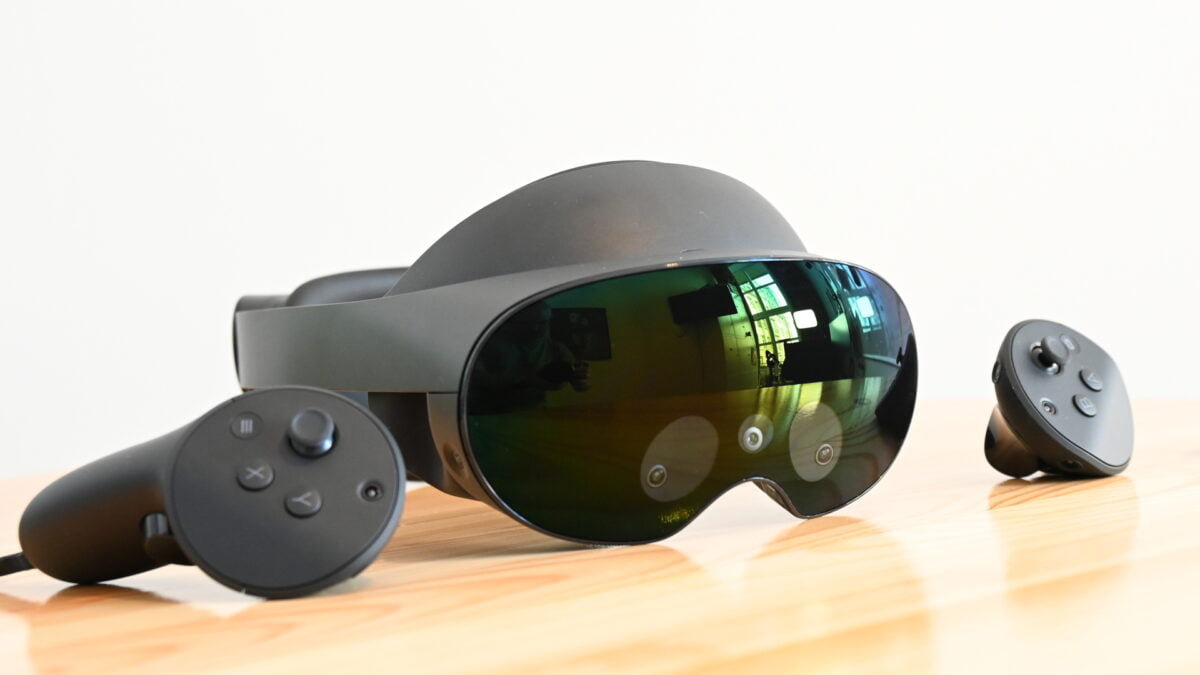 It will likely be many years before the industry can build advanced yet sleek AR headsets. That’s why most mixed reality headsets today use pass-through technology. The form factor of these hedasets has pros and cons compared to classic AR headsets with transparent optics.

There was one piece of good news this year for German VR users. After the launch of Meta Accounts, Meta ventured into the regional market again at the end of the year and started selling Meta Quest 2 and Meta Quest Pro.

With the launch of the Pico 4 (review) in the fall, European consumers even had two worthwhile standalone VR headsets to choose from for the holiday season. That is progress.

I finished it for all of you. There can only be one.#VirtualReality #Metaverse #Meta #Oculus pic.twitter.com/v1HF48RSn3

There was another surprise at the end of the year as John Carmack left Meta for good. The programming legend had been in the VR industry for a decade, contributing to the resurgence of the technology and paving the way for standalone virtual reality from Samsung Gear VR (2015) to Oculus Go (2018) to Meta Quest (2019).

His departure marks the conclusion of the Oculus era – ten years in which VR hardware searched for a shape that could lay the foundation for mainstream success and found it for now in the standalone form factor. The question now is how far Meta and other manufacturers can go with Carmack’s formula.

What the industry missed in 2022, it could make up for in 2023. With Playstation VR 2 and Meta Quest 3, two headsets for consumers will be launched and could give the industry new impetus.

Hopefully with impressive first-party software, because the last two years have been disappointing in this regard. If Apple finally dares to enter the market, VR and AR might get more attention than they have since 2016. 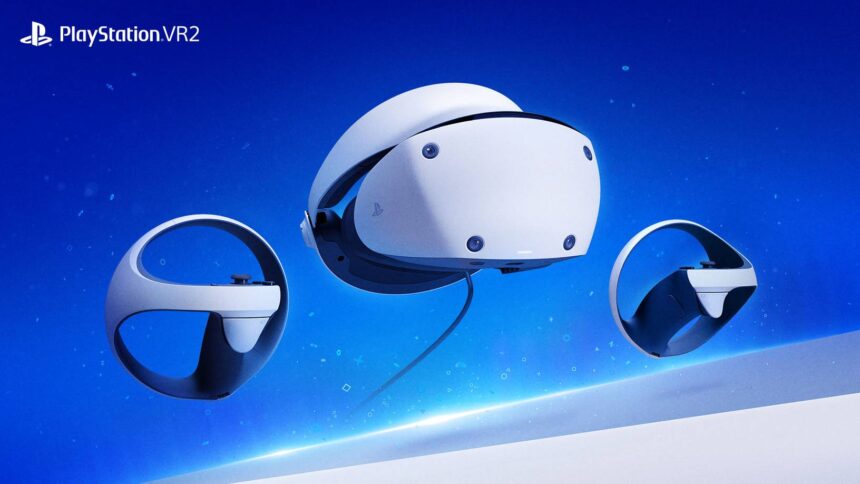 Reports surrounding Apple’s headset launch should not be overstated. Augmented and virtual reality need Apple more than Apple needs them. The industry is still in its infancy and Apple has all the time in the world to enter the market. The iPhone currently has more advanced augmented reality features than the $1,500 Meta Quest Pro.

Even in the best-case scenario, we should not expect big leaps in 2023. Augmented and virtual reality will grow slowly and organically, the former in the form of mixed reality headsets. It’s this technology and what PSVR 2 will bring in terms of high-end VR experiences that I most look forward to.