Microsoft CEO Satya Nadella confirms that Microsoft is focusing on Metaverse software rather than hardware. This is probably not a good sign for Hololens.

In his keynote for the Microsoft Inspire developer conference, Microsoft CEO Satya Nadella emphasizes that his company has its sights set on the Metaverse. But unlike Meta and possibly Apple, his company is probably not planning an XR hardware offensive.

According to Nadella, Microsoft is exploring how to merge the digital and real worlds in the Metaverse. For this, the company relies on a “software-led approach so that everyone can benefit from these experiences, regardless of what device they’re on,” says Nadella.

With Mesh, Microsoft offers infrastructure software designed to bring together all hardware in the XR spectrum and beyond for holographic meetings and spatial collaboration. As examples, Nadella cites VR headsets, tablets, smartphones, and PCs – in addition to Hololens.

Microsoft Mesh for Teams adds mixed reality features to the video meeting platform, such as avatars for VR and AR and a VR meeting room – and is already in use internally, according to Nadella.

Microsoft also offers Teams integration for Meta’s VR workspace and has Altspace, a social VR world, in its XR software portfolio. Nadella called the Metaverse “the next wave of the Internet” in January 2022.

The fact that Nadella explicitly highlights a software-led Metaverse strategy in his keynote can be seen as an indication that Microsoft is currently not very interested in developing new XR hardware. 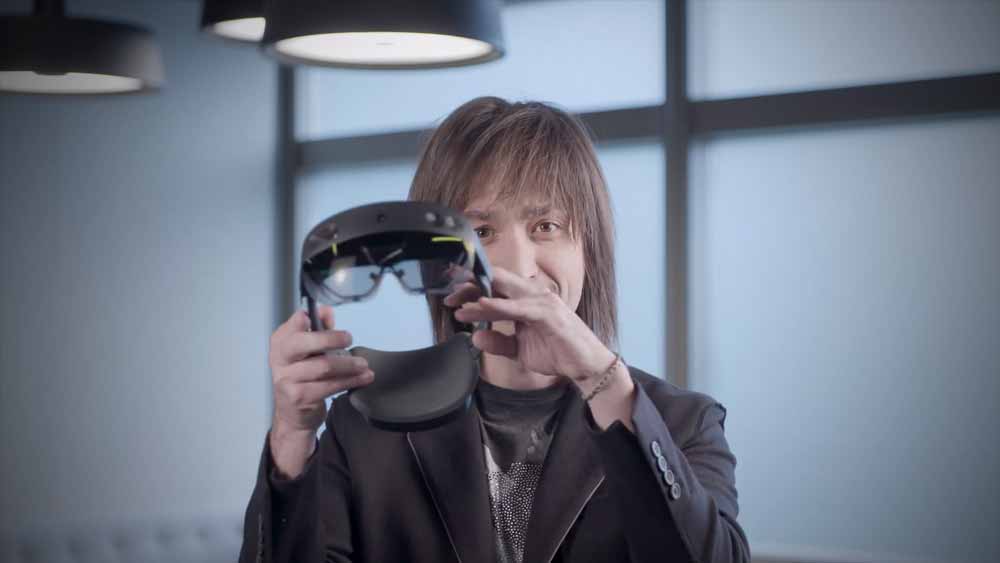 It used to be quite different: With Hololens 1 and the Windows VR initiative, Microsoft was one of the pioneers for VR and AR headsets together with Facebook. But Microsoft’s interest in VR quickly cooled. Windows VR has seen rudimentary updates at best lately.

Microsoft also wouldn’t launch an Xbox VR headset in 2016, even though the device was reportedly almost ready. And with Playstation VR 2, the company is leaving VR gaming to Sony again – and it doesn’t look like that’s going to change. Recently, there have been more negative reports about the progress of the Hololens 3.

In any case, Meta is likely to see it as more of a positive sign if other major tech companies besides Sony are also driving hardware innovation. Currently, the research and development of AR and VR headsets is costing the social media company billions of US dollars, which it cross-finances from its advertising business. However, revenue forecasts for the new market segment are low for the next few years.