Quest Pro: all you need to know

The Quest Pro is Meta’s first high-end headset. You can find all important information about technology, price and availability here.

On October 11, 2022, just under a year later, Meta officially unveiled “Project Cambria” – product name “Quest Pro” – at Meta Connect 2022. Since the unveiling, the device has been available for pre-order. The official market launch of the mixed reality headset is October 25, 2022.

This article answers the most important questions about the premium device.

What does “mixed reality” mean?

The difference between mixed reality headsets and AR headsets with transparent optics, such as Hololens 2 or Magic Leap 2, is that the latter allow natural light to pass through, while the former reconstruct the environment completely digitally using sensors built into the mixed reality headset’s housing. This has advantages and disadvantages.

No. With Meta Quest Pro, Meta is building a new product line with high-end features that will coexist with Meta Quest 2 (review) and possible successor headsets. Meta Quest Pro is backward compatible with the Meta Quest 2’s app ecosystem, but offers new technology and is priced significantly higher.

Meta Quest 2 is rumored to be replaced by Meta Quest 3 (info) in late 2023, which should cost about the same.

Who and what does Meta want to reach with Meta Quest Pro?

With Quest Pro, Meta is testing new technologies on the market. As these mature on the software side and become cheaper to produce, they could find their way into Meta Quest 3 and subsequent generations of the consumer-oriented product line. The aggressively priced Meta Quest 2 is aimed at the masses and should achieve the fastest possible market penetration.

Meta Quest Pro has a different goal: The high-end product line is aimed at professional users, developers, and companies and is an experimental field for new, particularly advanced VR and AR technologies. Some early testers even said that the device feels more like a developer kit than an end product.

The focus is on productivity and virtual collaboration. Upcoming generations of Meta Quest Pro will be able to replace Chromebooks and laptops and allow users to take their office with them wherever they go. By the end of the decade, headsets of this type should become the primary work device – at least that’s Meta’s long-term vision.

New sensors enable natural eye contact between avatars and real-time transmission of facial expressions into VR. This should make emotions easier to read and social interactions more realistic. This promotes social presence, the feeling of being present in the same room with other people.

The following video of a tech demo shows the eye and face tracking in action.

Already with Meta Quest 1 & 2, you can have the physical environment reconstructed in the VR headset via passthrough, and apps can extend it with digital objects. However, the digital image of the world is black-and-white and so grainy that hardly any details can be made out.

Meta Quest Pro takes passthrough to the next level. Thanks to a new sensor architecture, the physical environment is reproduced in color, in 3D, and in high resolution: According to Meta, the Passthrough image has four times the resolution of the Meta Quest 2. Though, some early reviewers have said that passthrough doesn’t allow things like seeing a computer keyboard or reading on a mobile device. 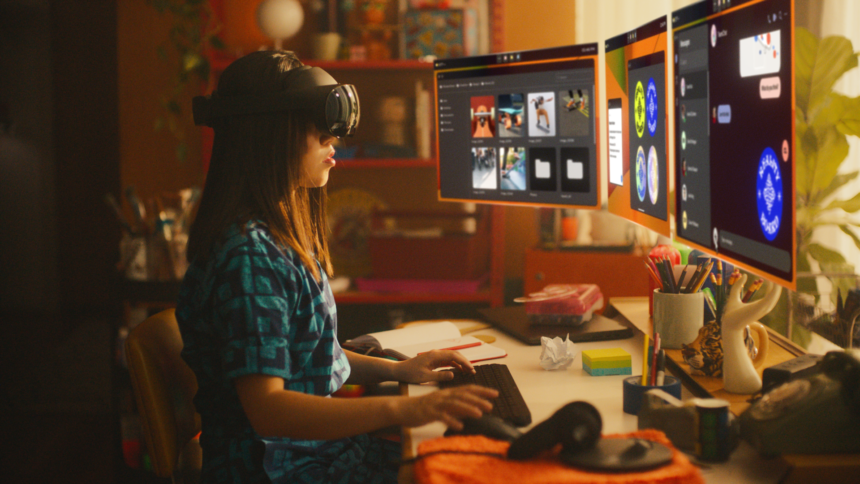 Something is also happening in terms of looks. Meta Quest Pro is the first Meta headset to use pancake lenses, also a feature of the Pico 4 (review) announced a few weeks earlier.

Pancake lenses fold the path of light multiple times, allowing them to be placed closer to the display, allowing for a much narrower profile than older headsets with Fresnel optics. According to Meta, the optical stack could be reduced by 40 percent compared to Meta Quest 2.

Pancake lenses don’t just bring advantages in form factor. The device also benefits in terms of clarity. Meta Quest Pro offers the best optics of all Meta headsets to date, according to Meta (more on that below).

Pancake lenses reduce the required distance between the lens and the display, resulting in a narrower case. | Image: Meta

What are the specifications of Meta Quest Pro?

What are the new features of the Meta Quest Touch Pro controllers?

First, the controllers are spatially tracked even when they don’t have visual contact with the headset sensors, such as behind a user’s back. Secondly, they do not need tracking rings and can be brought closer together without getting in each other’s way. This could enable new interactions. A mobile Snapdragon 662 chip handles the processing in each case. 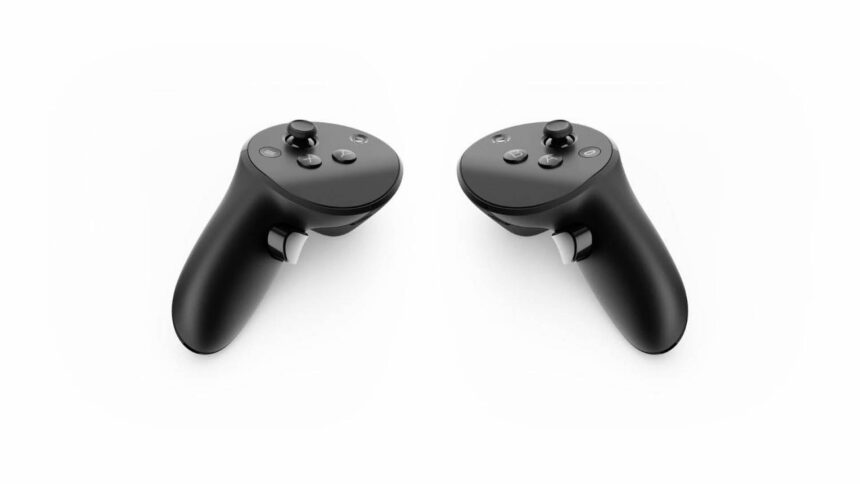 The Touch Pro controllers have integrated rechargeable batteries and can be charged using the included charging station or a controller charging cable. According to Meta, the input devices last up to eight hours, depending on how intensively you use the controllers and with which VR apps. Twitter statements from John Carmack and Andrew Bosworth suggest a battery life of at least 4 hours.

According to Meta, the Touch Pro controllers are more ergonomic and better balanced than the Touch Controllers of the Meta Quest 2. They also offer improved haptics: Meta’s new TruTouch feedback. 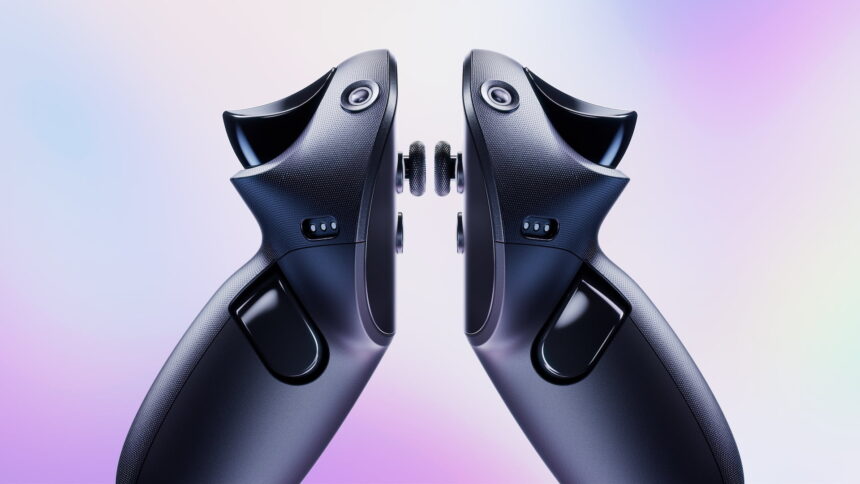 The beveled thumb rest offers a pressure sensor that, in combination with the trigger button, allows a pinch gesture in VR. Stylus-like pen tips can be attached to the tip of the grips for realistic writing and drawing in VR, for example in Horizon Workrooms.

The Meta Quest Touch Pro controllers are compatible with Meta Quest 2 and will go on sale later this year as a separate accessory for $299.

How much does Meta Quest Pro cost?

Where is Meta Quest Pro available?

What is included on delivery of the Meta Quest Pro? 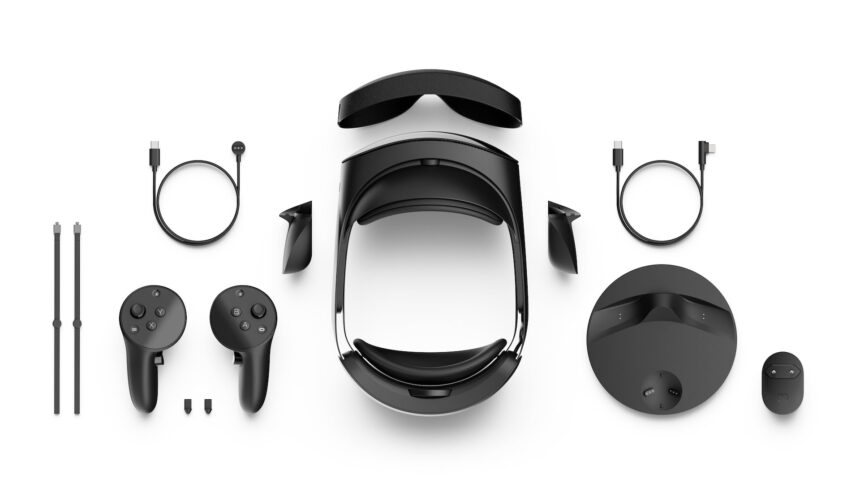 The scope of delivery at a glance. | Image: Meta

What accessories are available for Meta Quest Pro?

What do testers have to say about Meta Quest Pro?

There have only been a few limited hands-on demos so far. Real tests will probably not appear until the headset’s market launch on October 25, 2022.