Meta’s futuristic VR headset – will it arrive sooner than expected?

The technology in Meta’s new VR prototypes may not be as far away from market readiness as Meta suggests.

Mirror Lake, on the other hand, is just a research concept that represents Meta’s preliminary goal in VR hardware and has not yet been built in the lab: a headset that takes the thin optics and slim form factor of Holocake 2 and integrates a number of other hardware features such as variable focus, multiview eye tracking, and reverse passthrough. 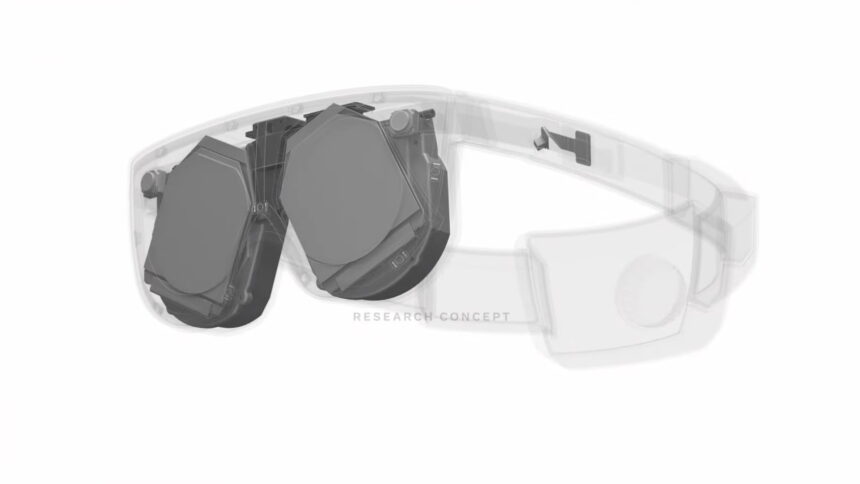 According to Meta, Mirror Lake is still many years away from commercialization and could fail as a development concept because it lacks an important foundation: a suitable laser light source for the display.

Hardware analyst Brad Lynch has looked into Meta’s research and thinks that’s only half the story, however. Meta and other companies would be researching other technologies that could enable similar headsets without laser technology much sooner. In a two-part article, he looks at those alternatives.

Headsets need to become significantly smaller and lighter to become more widely adopted and more common in everyday use. Holographic lenses, such as those used in Holocake and also planned for Mirror Lake, should make this possible.

The problem is that holographic lenses transmit very little light, less than 10 percent. This means that the display behind it has to shine much brighter to keep up with today’s Fresnel lenses. These let between 80 and 90 percent of the light through. Their disadvantage is that they are heavy and large, and therefore not suitable for slim headsets in the future.

So, the goal is to develop brighter VR displays that also consume less power.

Laser as a light source: Bright, but problematic

For this reason, Holocake 2 uses lasers instead of conventional LEDs as a light source. The advantage of laser is that it focuses light in a single beam, while LEDs scatter it in a wide cone. This is accompanied by a reduction in luminosity.

The issue with lasers is that they are expensive to manufacture, produce visual artifacts, and in rare cases can be a hazard to the eyes.

Michael Abrash, the head of Meta’s XR research group, says of Holocake 2, “We’ll need to do a lot of engineering to achieve a consumer-viable laser that meets our specs, that’s safe, low-cost, and efficient, and that can fit in a slim VR headset.”

If that doesn’t succeed, the mirror-lake concept could collapse. Meta is therefore pursuing technological alternatives. In his article, Lynch outlines possible solutions currently in development.

So-called microlens arrays are a particularly promising solution. This refers to grids of tiny lenses that focus the stray light from the LEDs and thus increase the brightness of a display.

Lynch points to Sony’s research: The company equipped micro OLEDs with such a lenticular array and was able to increase the luminosity of a display in this way by more than three times (from 1,600 to 5,000 nits), and without increasing the energy requirement. 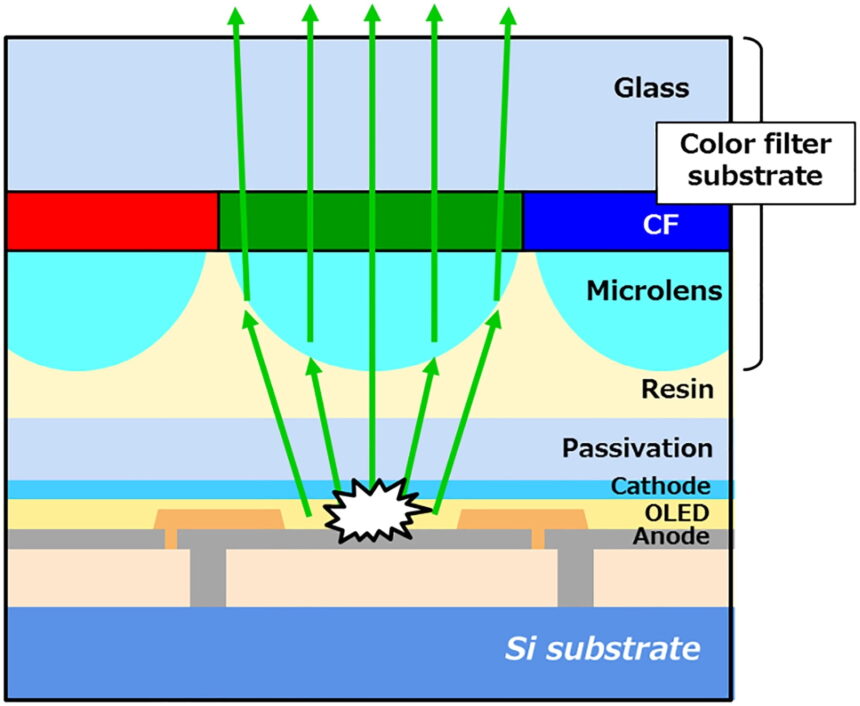 Companies like eMagin are working on another solution that could be combined with microlens arrays for a further increase in screen brightness. This could result in VR displays with a luminosity of far more than 10,000 nits. Above this value, they are suitable for holographic lenses.

Lynch believes Meta and other companies will look first to this advanced micro OLED technology rather than laser technology because it is closer to implementation and less problematic.

In the second part of his Mirror Lake analysis, Lynch looks at the holographic lenses themselves. The technical term for this type of optics is “Holographic Optical Element” or HOE for short. HOEs are thin like foils and can be layered to create a flat lens.

For VR headsets, a subtype of HOEs called LCHOE is of particular interest. They use liquid crystals and therefore work with scattering backlighting.

LCHOEs also form the basis for varifocal displays, as Meta has demonstrated with Half-Dome 3. Meta acquired ImagineOptix, a company specializing in the development and manufacture of LCHOEs, in 2021.

Where the name “Mirror Lake” comes from

One of the special features of the Mirror Lake concept is the novel multiview eye tracking. According to a rendering, the movements of the pupil are tracked by two cameras located in the side arms of the head mount instead of near the lenses. This is quite unusual. 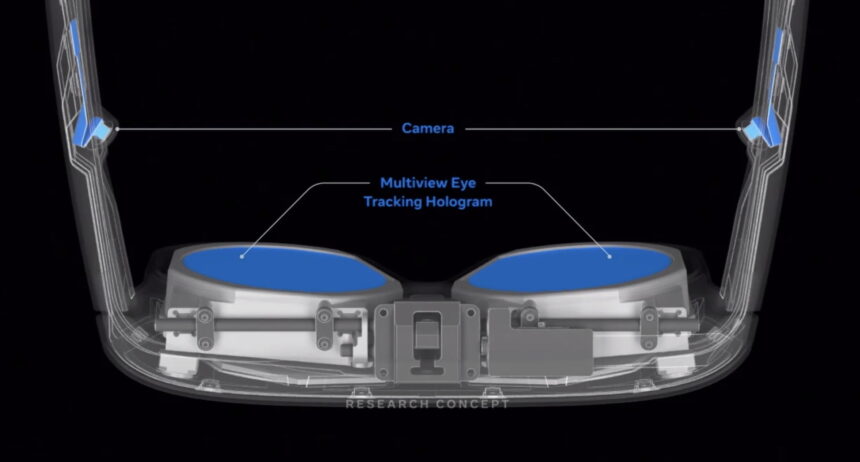 A rendering of the multiview eye tracking. | Image: Meta

In conventional eye tracking, infrared light is projected into the eye and its movement is tracked with a camera that registers the light reflected from the eye. Mirror Lake also projects infrared light into the eye. The difference is that the light reflected from the eye is reflected again by the holographic lens and transmitted to the side cameras, which should result in a more accurate measurement result.

The name “Mirror Lake” could be a reference to this trick of the holographic lenses, which are flat like a mirror and also reflect light in a targeted manner.

Either way, Lynch thinks LCHOEs are closer to commercialization than Meta’s remarks suggest. He expects holographic optics to show up soon in (pricey) high-end headsets.