Early previews show the first hands-on looks at Sony’s upcoming Playstation VR 2. How did the new hardware fare with testers?


The Playstation VR 2 is scheduled for release next year. A few selected press representatives got their hands on the PSVR 2 for the first time. The first previews of Sony’s upcoming VR headset are now available.

Besides the hardware, they tested demos of the VR games Horizon: Call of the Mountain, a version of Resident Evil: Village optimized for the PSVR 2, The Walking Dead: Saints & Sinners Chapter 2, and Star Wars: Tales from the Galaxy’s Edge.

According to Jay Peters and Victoria Song of The Verge, the headband and eye relief are quick and comfortable to adjust. The VR headset does not cause any painful pressure points even after prolonged use. The one-cable solution is much more practical than the predecessor.

Ben Lang of Road To VR also reports that the PSVR 2 excels over other VR headsets with its straightforward “in-headset calibration” for proper eye relief. It is not necessary to know one’s own IPD value to use the PSVR 2; eye tracking takes care of that. The calibration leads users to the ideal alignment of the lenses to their eyes in less than twenty seconds.

For Matt Leone of Polygon, the VR headset feels familiar. The slider, cushioning flexibility, and weight distribution are similar to the previous model. What’s new, he says, is the button on the front of the VR headset that can be used to switch to passthrough mode at any time.

According to David Heaney from UploadVR, this is higher resolution than Meta Quest 2 and thus also enables the recognition of details in the physical environment. He didn’t notice any distortion in passthrough mode, he said.

The system scans the room when setting up the room boundary and suggests a reasonable Guardian size. This didn’t always work perfectly, he said, but was quickly corrected manually with the controllers.

Peters and Song report great image quality and captivating graphics, but sometimes the edges seemed a bit blurry. Lang noted “a good bit of persistence blur,” causing the world to blur a bit when turning his head. In general, though, the display was quite sharp, he said. The fly screen effect, which was still very pronounced in the PSVR, was virtually invisible this time, according to Lang.

Lang noted Mura artifacts, however, which could hold back the clarity of the image to some degree. Mura artifacts can occur in OLED displays and describe a slight inconsistency in brightness and color at the transitions between two pixels. In return, OLED displays deliver stronger contrasts and richer blacks.

Heaney confirms the Mura artifacts, but believes that most users will not notice them. He praises the OLED displays and speaks of clarity across the entire field of view. The high dynamic range delivers unsurpassed contrast, which gives a feeling of real darkness, especially in games like The Walking Dead: Saints & Sinners.

However, Heaney sees a problem: During the test, he repeatedly noticed ghosting, i.e. a slight double image effect. This made it difficult to read texts. Only when the hands are held absolutely still and the head is at rest can this be avoided.

“I’m told this is caused by PSVR2’s 60 FPS to 120 Hz reprojection mode. We don’t yet know how many games will use that mode, but I hope that most will use the native 90 FPS or 120 FPS, because 60 FPS just wasn’t visually comfortable,” Heaney writes. Playstation VR 2 will also natively offer 90 and 120 FPS, which could solve this problem.

Heaney calls the haptic features of the Sense controllers an “experience.” The vibrations make a hit by enemies or the tension in a virtual bowstring feel real. The haptics also convinces The Verge’s testers.

Interaction with virtual objects would also feel more natural thanks to the touch surface of the Sense controllers. However, it was not implemented in all available games and did not always work flawlessly. Unlike the touch controllers of the Meta Quest 2, the “grab button” on the PSVR 2 is not an analog, but a binary button. 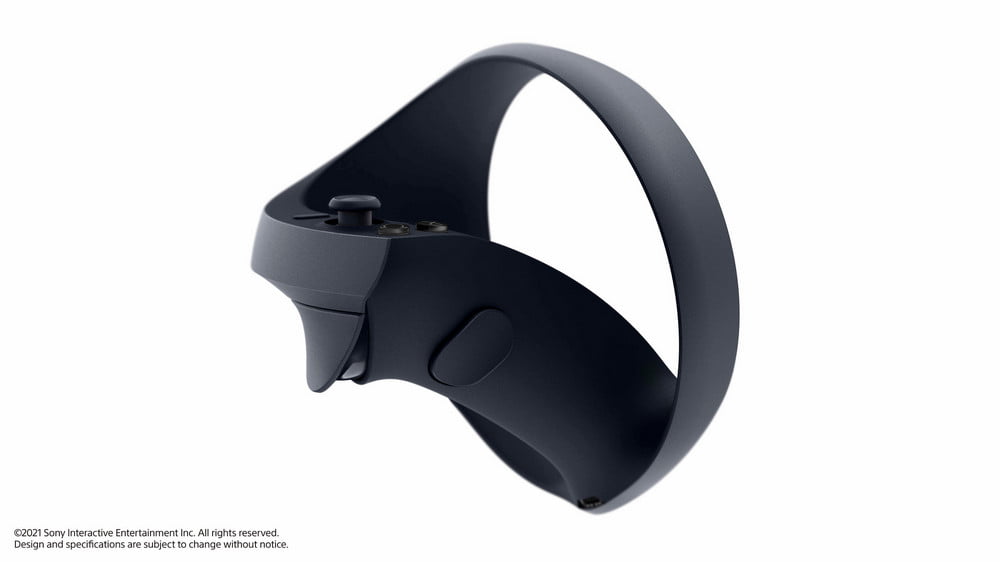 While the new PSVR controllers are not a complete innovation for VR, they are a big step forward for the PlayStation platform. | Image: Sony

Lang didn’t have any problems with them himself, but he believes that the unfamiliar button could cause difficulties for gamers who have to hold an object in VR for a longer period of time. The tracking of the controllers and the VR headset seemed to be very good, according to Lang. He could not detect any latencies or other errors.

Heaney also says that the controller tracking is “flawless,” but adds that the VR headset tracking became a bit shaky when looking into the harsh overhead lighting of the test environment. However, he does not see any problems with conventional living room lighting.