What we can expect from Meta Connect 2022

The most important Metaverse event of the year is coming up. What new products and announcements can we expect at Meta Connect 2022?


Meta Connect will once again take place in digital format and will be streamed via Facebook on October 11 from 7 p.m. CEST / 1 p.m. EST.

The keynote will be followed by a live virtual reality talk by John Carmack. There will also be numerous pre-recorded developer sessions in video form. You can find the most interesting presentations and discussions in the Meta Connect 2 program.

Let’s move on to the announcements and products that Meta might present at the event.

At last year’s Meta Connect, Meta teased a standalone premium headset codenamed Project Cambria. Since the packaging leaked, we know that the product will be called Meta Quest Pro.

Mark Zuckerberg confirmed that the headset will be unveiled at Meta Connect 2022 and that Quest Pro will go on sale before the end of October.

Meta Quest Pro is a new product line that focuses on work and productivity as well as virtual meetings and is aimed at enterprises, professionals, and developers. 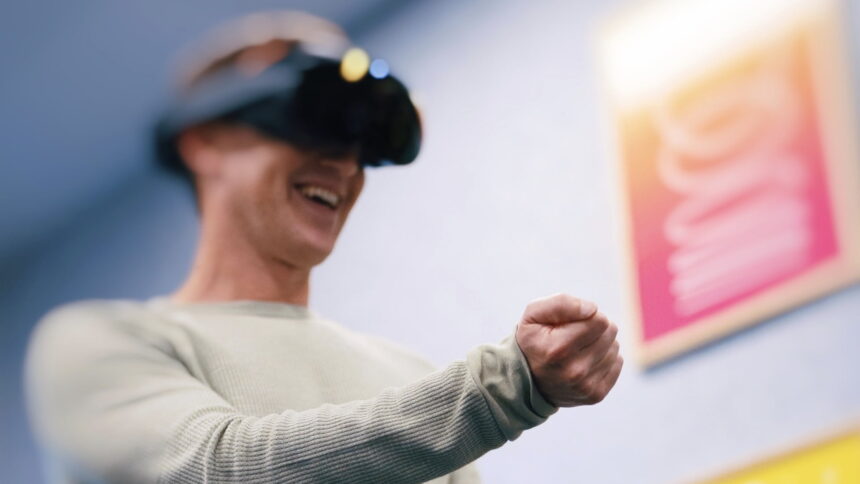 The product line is expected to one day replace laptops and enable a portable office with virtual monitors. At least, that’s Meta’s long-term vision for the device.

The headset will cost well over $800, according to Meta. Zuckerberg himself said that the product line would be in the price segment of a PC.

For consumers and gamers, Meta continues to have the Meta Quest 2 in its lineup. Meta Quest Pro will also be sold to consumers without any detours and supports the same VR apps as Meta Quest 2.

As expected, Meta Connect 2022 will revolve around Meta Quest Pro and the new or improved apps that the premium headset offers. So far, Meta has only shown simple demos and games.

Check out our Meta Quest Pro info article if you want more details on the new headset.

In August, Mark Zuckerberg promised a major graphics update for Horizon and Meta Avatars after a Zuckerberg Avatar selfie sparked a major internet frenzy. Meta’s CEO said there would be news on this at Meta Connect. 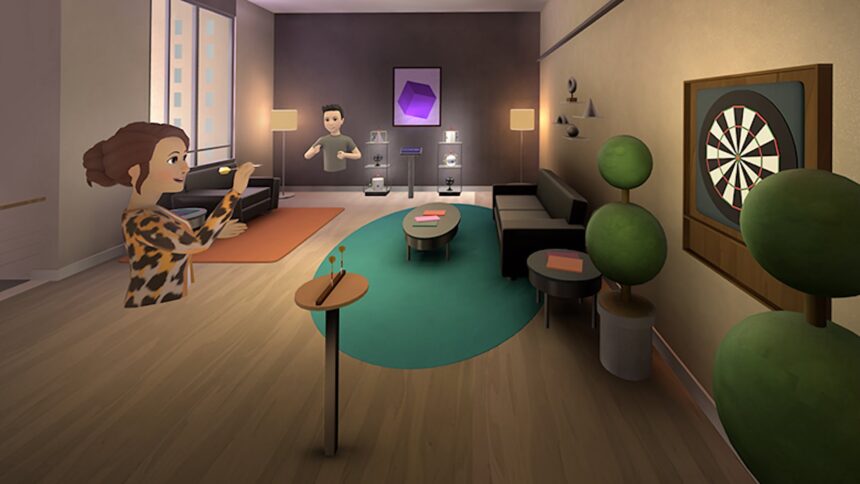 Horizon Worlds is Meta’s Metaverse flagship project but doesn’t have much market relevance at this point. | Image: Meta

Meta is also expected to announce the release of Horizon Worlds for smartphones at the event. Zuckerberg had held out the prospect of releasing the proto-Metaverse for mobile devices earlier this year. A browser and console version is also in development.

To build relevance, Horizon Worlds desperately needs more users. Expanding to devices that do not support VR and AR is a logical step for Meta.

Meta Quest 2 is likely to be overshadowed by Meta Quest Pro this year. Nevertheless, Meta will probably announce one or two big games or present them in more detail to boost the Christmas business.

It would be surprising if there were no images or videos from the VR port of GTA: San Andreas that was teased a year ago, arguably the most anticipated VR game for Meta Quest 2.

Also making an appearance could be Assassin’s Creed Nexus and Splinter Cell VR, though Ubisoft says the latter project has been shelved. Meta itself did not confirm that development had been halted. Both VR games were announced at Connect 2020.

Meta may finally tease or show what its own VR studios, including Ready at Dawn (Lone Echo & Lone Echo II) and Sanzaru Games (Asgard’s Wrath), have been working on lately.

In the worst case, Meta is saving most of these announcements for next year. After all, Meta Quest 3 could launch as early as 2023. Meta will need big VR games to get Quest 2 owners to make the switch.

There could also be announcements about PC VR at Meta Connect. D-Link recently announced an accessory called Air Bridge for Meta Quest 2. The USB dongle connects to the gaming PC and establishes a direct Wi-Fi connection with the VR headset. VR games can then be streamed to the Meta Quest 2 via Air Link without a router or network setup.

Meta and D-Link are expected to announce the price and release date of the accessory at Meta Connect 2022. 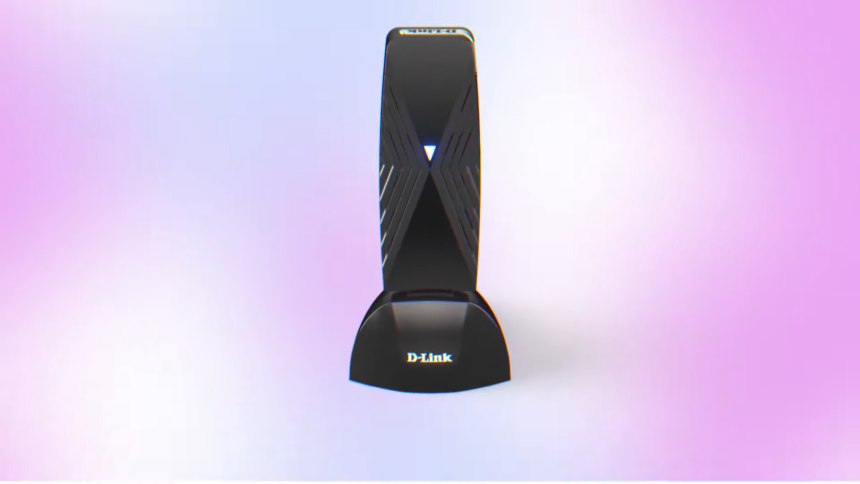 The “VR Air Bridge” was developed in cooperation with Meta. | Image: D-Link

It is possible that Meta will also announce a native PC VR interface for Meta Quest 2 as part of this initiative. Anyone who connects to a PC via Quest Link today is presented with the outdated Rift user interface – not an optimal solution. Meta promised better PC-VR integration at Connect 2020, but the plans remained lip service.

The next big step toward high-end VR graphics is cloud streaming. Meta is rumored to be testing its own VR streaming service called Avalanche, and Air Bridge is expected to play a major role in those plans. The company could announce a closed beta test or something similar at Meta Connect 2022.

At last year’s event, Zuckerberg teased Project Nazare: Meta’s first AR headset. The company only showed a brief simulation of what avatar holograms might look like through the AR headset.

According to a roadmap leak, three generations of the AR headset were scheduled for 2024, 2026, and 2028. But in June, it was said that the first version would no longer be commercialized and would instead be distributed free of charge to developers. The market launch would only take place with the second version in 2026. 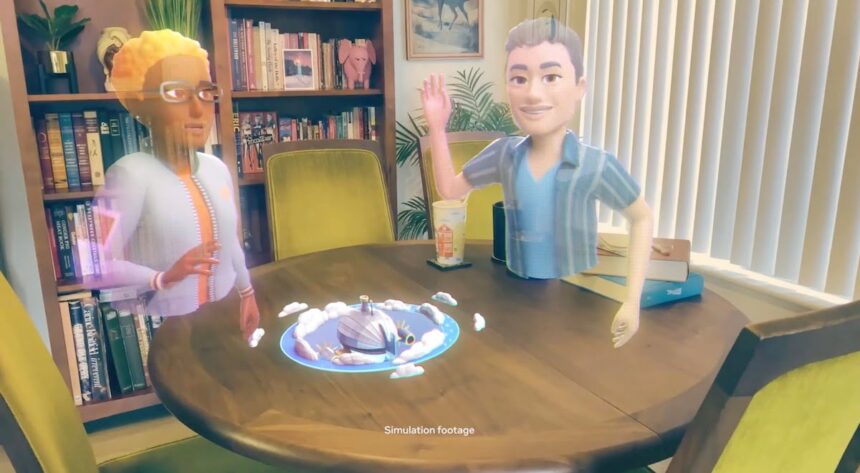 At Meta Connect 2021, Meta simulated what augmented reality could look like with Project Nazare. | Image: Meta

Although this makes commercialization a distant prospect, Meta should provide new insights into AR projects: In addition to Project Nazare, a pair of data glasses codenamed Hypernova is also in development, as is a new version of Ray-Ban Stories.

An elegant, stylish and functional AR headset is Meta’s ultimate goal and the company’s most commercially promising Metaverse product. Therefore, Meta will surely announce or tease something.