The GDC announces the results of its annual survey of game developers. How is the emerging VR industry developing?

The world’s largest conference for game developers, the Game Developers Conference, conducts annual surveys to identify trends and developments in the industry. More than 2,300 developers took part in the eleventh edition of the “State of the Game Industry”. Virtual reality and augmented reality continue to eke out a niche existence for most of them.

The platforms in which game developers are most interested have hardly changed compared to the previous year. The PC remains by far the most popular platform, followed by the PlayStation 5, Nintendo Switch and Xbox Series consoles. 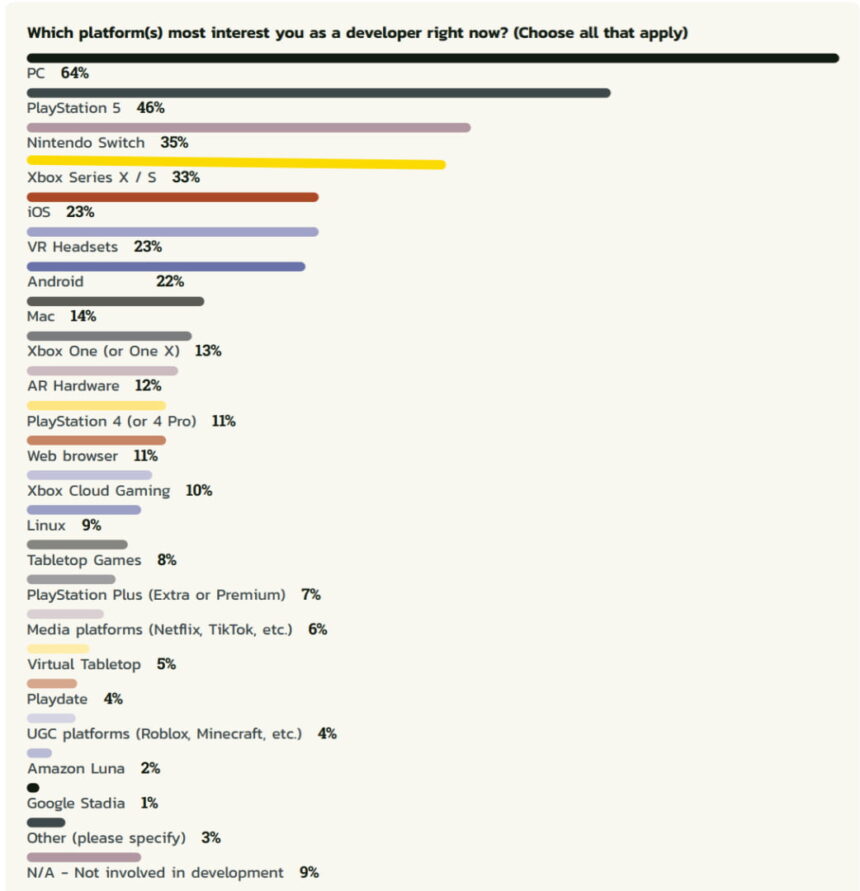 Most game developers are interested in the PC. VR headsets are of interest to 23 percent of participants. | Image: GDC

VR headsets are gaining some ground in the table, overtaking Google’s Android. However, interest drops from 24 to 23 percent compared to last year’s GDC survey. Augmented reality also falls by one percentage point to 12 percent.

Projects are also on the decline. Only twelve and five percent of all respondents respectively say they have an immersive media project in the pipeline. Twelve percent are currently developing for virtual reality, and only four percent for AR.

Overall, 38 per cent of all respondents said they have been or are involved in the development of VR or AR games. After an increase last year (42 percent), this number drops back to the 2021 level.

The most interesting platform for developers is still the mobile VR headset Meta Quest 2. Sony’s Playstation VR 2, which will be released in February, consolidates its position in second place with 35 per cent. 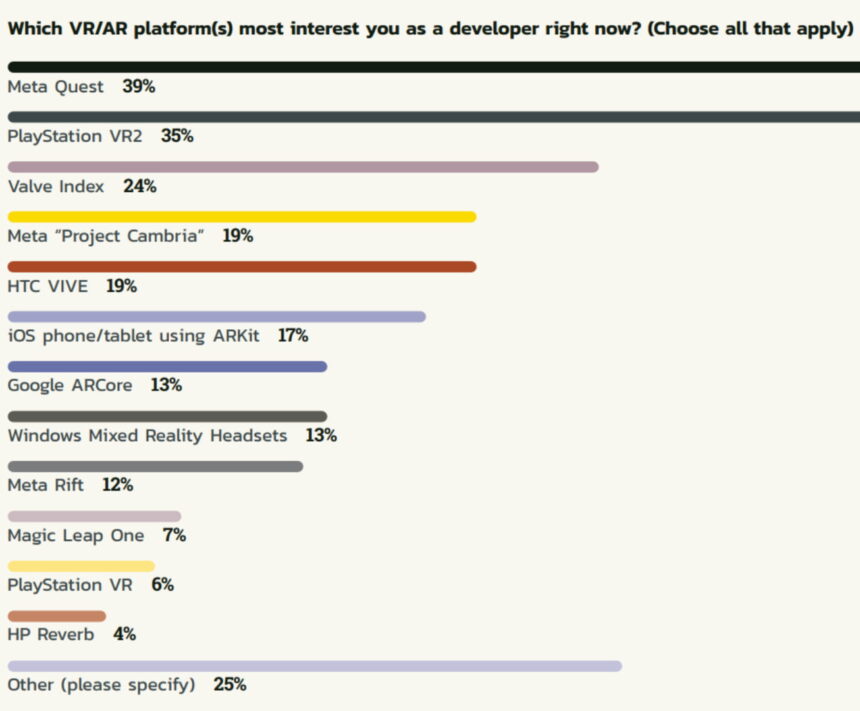 PC VR is stable, Quest 2 and PSVR 2 are most popular and Pico does not yet play a role

PC VR headsets seem to be getting a bit more intriguing for developers than last year. Valve Index (11 percent) and HTC Vive (15 percent) also gain three percentage points each compared to last year’s evaluation when it comes to the question on which platform the respondents’ next project will be released.

Even the already discontinued Oculus Rift (S) surprisingly holds its own in the midfield, dropping only three points to 10 per cent, which is probably more a sign that PC VR and the Meta PC platform remain relevant. Since Rift S is no longer manufactured, no developer is likely to specifically target it. 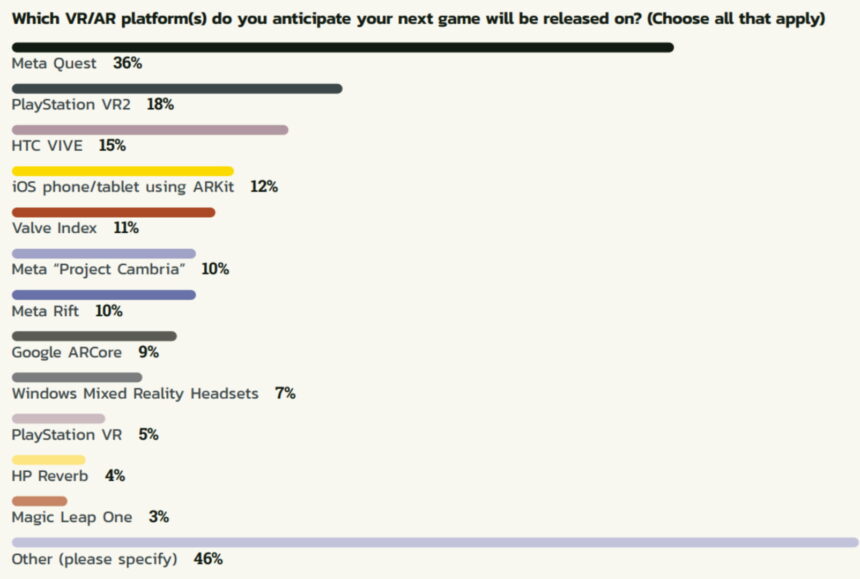 Most VR projects are in the starting blocks for Meta Quest 2, closely followed by PSVR 2. | Image: GDC

Two VR headsets are currently in the spotlight: 18 percent of respondents expect to publish their next VR game on Sony’s Playstation VR 2. Only Meta Quest 2 can top that with 36 percent. Meta’s mixed reality headset Quest Pro comes in sixth with ten percent.

Neither the Pico 4 nor other VR headsets from the ByteDance subsidiary make it into any of the rankings. According to GDC, only a handful of developers had stated that they were developing games for Pico.