In Soloist VR, you accompany extreme climber Alex Honnold up close on life-threatening ascents. A VR film that will tug at your nerves.

In the two-part VR documentary Soloist VR for Meta Quest 2 (and the original one as well), you accompany Honnold on climbing tours that are at least as terrifying.

The journey begins in the USA, where you get to know the record-breaking climber. During an interview, Honnold talks about his life and how he prepares for the climbs, while you watch him train in Yosemite National Park and Red Rocks.

Then it’s off to Europe, where Honnold climbs rocks and mountains in the Dolomites and Chamonix, France, alongside fellow Swiss climber Nicolas Hojac. The final part is the climb to Mont Maudit, the second-highest peak in the Mont Blanc massif.

The footage is breathtaking. The VR format creates a sense of presence and lets you follow Honnold’s holds and movements up close. The only thing the climber has with him is a small bag of climbing chalk dangling from his hip, which Honnold reaches into after every second or third hold. 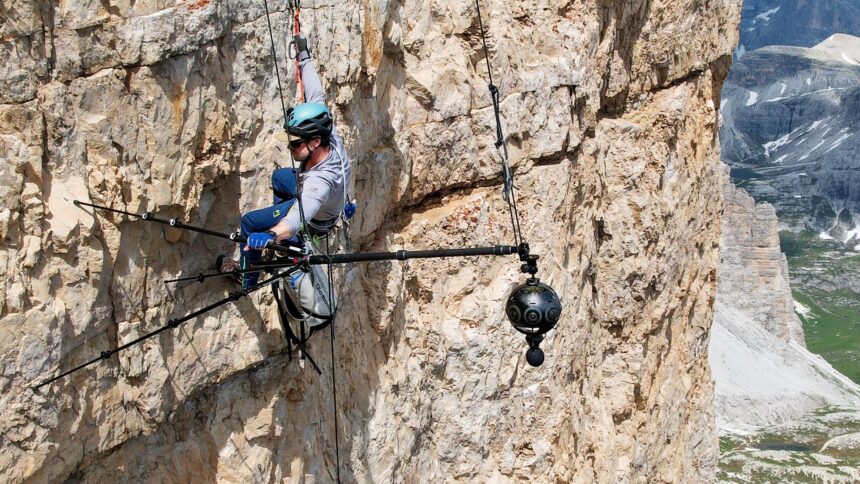 The film was shot with the 11K Insta360 Titan VR camera, which delivers stereoscopic 360-degree images in good quality and vivid 3D. The spherical camera is mounted horizontally to the rock face and, thanks to clever retouching, is not visible in the picture. This means that you are dangling next to Honnold above the yawning abyss.

The Soloist VR is an emotional film. It scares and evokes wonder at this immense body control and athletic feat that seems to defy gravity. Once or twice I got sweaty palms just from watching. Honnold himself, who has been climbing for 25 years and is only fully in his element in the vertical, never loses his composure during the film – something unimaginable as a layman.

The film has its strongest moments when it pauses for minutes in a shot in which you hear nothing but Honnold’s gasping and watch him breathlessly as he heaves himself up the rock in a calm and controlled manner.

At times, clouds come up and Honnold is seen shrouded in impenetrable fog. Then he has to wait in an alcove. Weather fluctuations, along with loose rock, are among the most common causes of death for free climbers.

The Soloist VR: A Must for Quest Fans

I prefer VR movies in 180-degree format because I can watch them on the couch. The Soloist VR is an exception: it offers impressive natural panoramas that are at their best in 360 degrees. When Honnold and Hojac climb a peak, it’s a great pleasure to be able to look around completely freely. Also impressive are the extended time-lapse shots, which show day and night changes of captivating beauty.

Parts 1 and 2 of the VR documentary together take up a full hour. This epic-length (for a VR film) is another unique feature of this work. However, it is not unnecessarily long: time passes quickly. 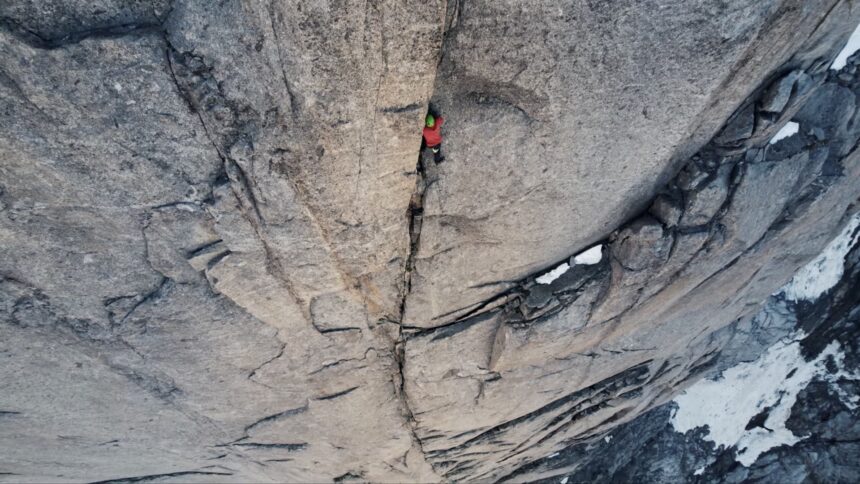 Not for people with a fear of heights: the VR documentary shows incredible climbing scenes. | Image: Jonathan Griffith Productions

You can watch The Soloist VR for free on Oculus TV with Quest 1 & 2. I advise downloading both parts. That way you’ll see the VR movie in the best possible quality and won’t be dependent on your internet connection. Since the files are large (8-9 gigabytes each), it can be very annoying if the download is interrupted. In this case, restarting the VR headset will help. The download should then continue. How you can download the VR movie can be found in our Quest 2 tips and tricks guide.

If you are interested in the extremely complex making of the VR movie, you can find a three-part making-of in 2D format at Red Bull TV. To do so, go to “Channels” in Oculus TV and download the corresponding app.