Medieval Dynasty is getting a standalone VR game. According to the studio, it is a genre mix of Green Hell and A Township Tale.

Medieval Dynasty is one of the most popular PC games on Steam, with 90 percent positive reviews and over 20,000 votes. Set in a medieval setting, the game revolves around survival, crafting, and managing a community of settlers.

In an interview with the Polish magazine IBSTech, the CEOs of the studios involved revealed that a spin-off of the popular game for virtual reality is in the works.

Medieval Dynasty VR will not be a simple port, but an entirely new adventure with a new hero and new terrain. This was explained by Damian Szymanski, CEO of the original developer Render Cube and Pawel Sobik, CEO of Spectral Games in an interview. Spectral Games is responsible for the VR version.

It is set in the same world as the original Medieval Dynasty and is supposed to keep its essence and original vision, but implement it in a much more immersive way. For example, trees will not fall at the push of a button, but only the appropriate physical movement with the virtual axe will provide firewood. But beware: If you don’t cut the tree correctly, the trunk can seriously injure you when it falls.

According to Sobik, the concept and pre-production phase has now been completed. Basic mechanics as well as the first part of the main map should already be ready. Medieval Dynasty VR is supposed to have its own unique feel and is a mixture of Green Hell VR and A Township Tale, according to Szymanski and Sobik.

A co-op mode for the PC game was recently announced. Whether the VR game can also be played with other players remains to be seen. The trailer for the PC version gives a general impression of the game. 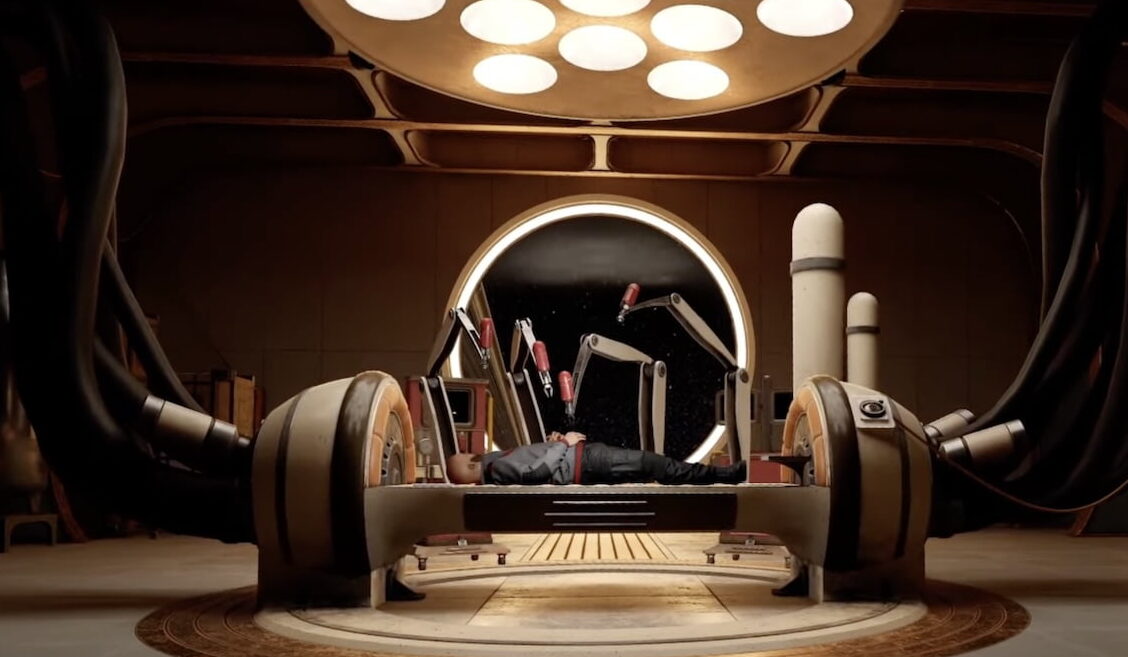 Somewhat surprisingly for an open-world game of this caliber, a native implementation for Quest 2 is scheduled for release in the first quarter of 2023. Work is proceeding to the studios’ satisfaction, Sobik says: “We’ve been able to optimize graphics and develop powerful systems to handle the challenge of an open-world game on Meta Quest.”

Cities: VR most recently showed that porting and subsequently trimming the graphics doesn’t yield good enough results. Especially for Quest 2, a simpler graphics style usually has to be used – which doesn’t mean it has to be bad graphics. Various Quest games have proven that a simple but coherent graphic style can create convincing worlds.

However, full VR conversion of an open-world PC game is a different beast, and it will be interesting to see how well the developers will manage to balance the graphically rich and complex environment with the Quest 2’s limited power.

After all, the studio behind the original game, Render Cube, has since acquired a quarter stake in Spectral Games. “We are convinced that closer cooperation will allow us to create a product of the highest quality,” says Damian Szymanski of Render Cube.

The later version for PC VR headsets should have much fewer problems in this regard – and will also be playable on the Quest 2 via Meta Link / Air-Link. Last but not least, Medieveal Dynasty VR is also supposed to be released for Playstation VR 2. When exactly is still up in the air: A release date for Sony’s new VR headset is not yet known.