The market research company IDC assumes that almost 80 percent of the VR headsets shipped in 2021 are Meta Quest 2 devices. The growth of the market is expected to be as strong as in the hype year 2016.

For its sales estimates, IDC says it surveys retailers and consumers in more than 100 countries and also accesses hundreds of data sets from a global market research network. For the year 2021, IDC sees a clear VR winner: Meta’s Quest 2, which is said to have almost single-handedly ensured market growth of around 90 percent year-on-year, especially in the fourth quarter.

Meta Quest 2 outshines them all

In total, Meta shipped 8.7 million Quest 2 devices, according to IDC, achieving market growth comparable to 2016. Meta reportedly sold half of the Quest 2 headsets during the holiday shopping season.

Let’s recall: 2016 was the year when virtual reality famously skyrocketed. Numerous VR headsets from well-known manufacturers came onto the market, and the industry sensed the chance for a quick mainstream breakthrough.

Since then, VR has steadily evolved and the technology has made great leaps recently, particularly because of Meta. Market growth hasn’t lived up to the inflated forecasts. But considering that Samsung’s Gear VR headset, which was inexpensive but had a very limited range of uses, was the main driver of sales in 2016, the 2021 market is actually on a much firmer footing. The technology available to end users is easier and more useful. 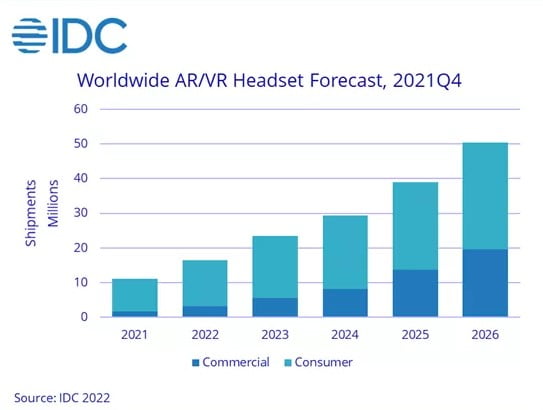 IDC estimates that around 50 million VR headsets will be shipped in 2026, roughly five times the market volume in 2021. | Image: IDC

A total of 11.2 million XR glasses were shipped in 2021, according to IDC, with Quest 2 accounting for nearly 80 percent of that total. The remaining roughly 20 percent market share is shared by Chinese B2B firms DPVR (5.1%) and Pico (4.5%), according to IDC. Pico was recently purchased by Chinese meta-competitor Bytedance. The remaining roughly twelve percent falls to manufacturers such as Valve, HTC, Sony and other smaller companies.

For Meta, the extremely dominant role in the VR space is good news on the one hand, as it matches its claim as Metaverse leader. On the other hand, the market is still so young and small that this role, with almost no competition, has hardly any significance – and is also bought at a high price. 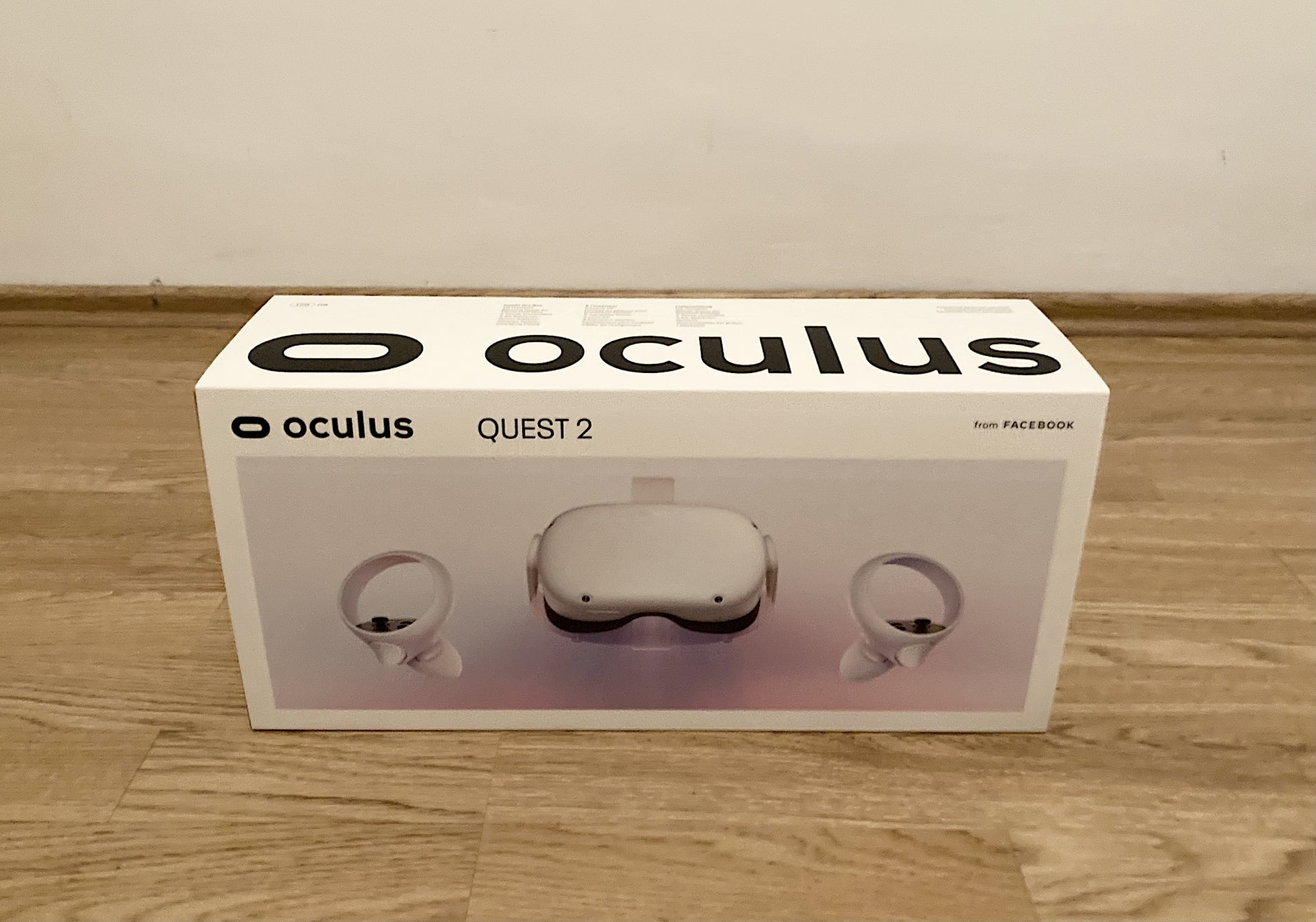 If Google, Apple and Co. were to join Meta’s big Metaverse plan, it would be a confirmation of Meta’s investment thesis and a renewed wake-up call to the entire industry and beyond. It is likely to be more lucrative for Meta to carve out a top spot in a healthy, fast-growing ecosystem than to build the market entirely on its own.

In the latter case, the risk of failure is also higher, as investor skepticism grows the longer Meta pumps money into the industry on its own. And Investors finance the ecosystem to a large extent – or at least they should. For good reason, ex-Playstation CEO Andrew House wanted VR competition from Microsoft in 2017, which has failed to materialize to date.

Zuckerberg should already be waiting for Sony

Whether Meta will once again be the lone VR leader in 2022 with Quest 2 will likely depend primarily on Sony, which may launch its new VR headset, Playstation VR 2, later this year or early next year. Sony could compete with Meta Quest, especially in the gaming sector – or, this is probably more Mark Zuckerberg’s perspective, help build up the market.

A release of the Apple headset for late 2022 is not off the table, but the device will most likely be sold in smaller quantities to professionals first. Meta also plans to launch Cambria, a pair of high-end professional glasses, in 2022.

In any case, hardware sales figures are a relevant indicator. In my opinion, however, the duration and quality of use play a much more important role, especially in a new medium like VR. Many millions of Quest and Playstation VR headsets sold are only a success for Meta and Sony if they are used regularly and a lot of software is sold.

Meta CEO Zuckerberg agrees: The metaverse, he says, is a moment in time when we spend more of our daily digital lives in XR glasses than with traditional media. For many of us, that’s numerous hours a day or a week.

POPULAR
1
Google’s latest image AI is better than the last one, which is only four weeks old
2
OpenAI’s latest AI builds a Diamond Axe in Minecraft – why it matters
3
OpenAI’s DALL-E 2 may now generate faces
4
Plants and trees make you happier, even in VR – study
5
The history of virtual reality