Finnish company Varjo has several high-end VR headsets in its lineup. Most notable for sim fans and PC VR enthusiasts is the Varjo Aero (review), which went on sale to end users in late 2021. Their mini LED displays with a resolution of 2,880 x 2,720 pixels per eye achieve exceptional image sharpness.

The Varjo VR-3 and XR-3 professional models appeared a year earlier. Their dual-display design enables even higher resolution. The XR-3 additionally offers a high-quality augmented reality mode. Two outward-facing RGB cameras film the surroundings and transfer the image to the headset, where it can be enhanced with digital elements.

The freshly announced XR-3: Focal Edition improves this AR use even more, more closely matching typical uses. Its front cameras with twelve-megapixel resolution put the focus on the close range between about one and three feet away. 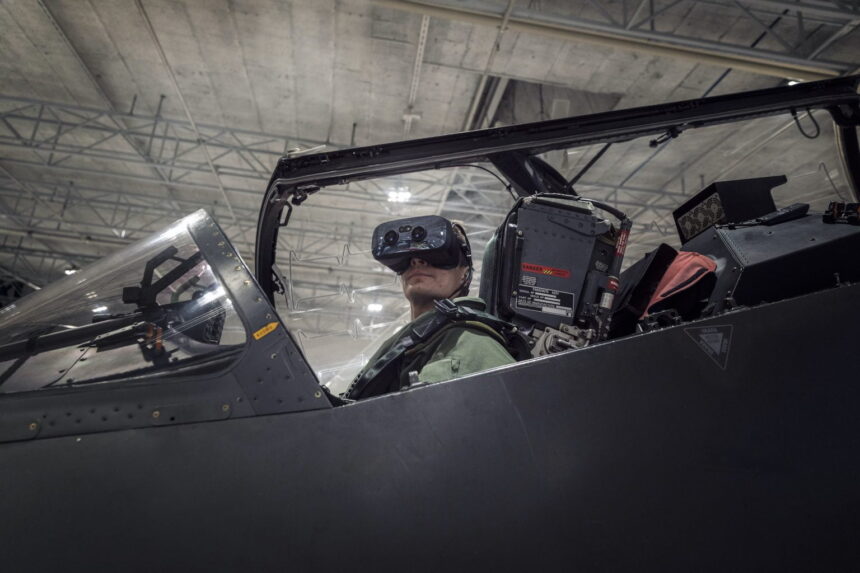 In addition to the simulator cockpit, application scenarios with control panels in the industry are also conceivable. | Image: Varjo

In this way, users see the area where they operate levers and buttons in the simulator cockpit or other operating locations particularly sharply. The closer focus could also produce less distracting image distortions, even if Varjo does not explicitly mention it.

Blur effects and image jitter at close range are known problems of current pass-through AR solutions. Meta, for example, is currently researching an AI solution for optimal passthrough AR that replicates the perspective of the outside world.

However, such complex software solutions are far from ready for the market and are not used in the Varjo XR-3 Focal Edition. The focus of Varjo’s new headset on the near range could provide for a more natural geometry, though.

Other innovations also make the new Focal Edition attractive to business customers, particularly in the military sector. Varjo tuned the model to meet various safety regulations. According to the announcement, the headset meets the specifications of the U.S. Department of Defense, intelligence agencies, and other customers in “security-relevant infrastructure.”

Varjo’s new mixed reality headset also complies with the U.S. Trade Agreements Act and the Buy America Act, which require that at least 50 percent of manufacturing costs be spent in the U.S. or other specified countries.

The device offers full software compatibility with the Varjo XR-3. The exact price and delivery date are not yet known. The standard model of the XR-3 is aimed at business customers only, with a price of $6,495 euros plus a service fee.