In Soloist VR, you accompany US record climber Alex Honnold to dizzying heights.


Alex Honnold is a 36-year-old free climber from California who achieved greater fame through the documentary Free Solo. It shows the first successful attempt to climb the El Capitan rock massif in Yosemite National Park without ropes or outside help.

In the new virtual reality documentary The Soloist, you follow Honnold on further daring adventures, hanging from the rock and above the abyss yourself.

The VR documentary consists of two episodes. In the first episode, you get to know Honnold and accompany him to Yosemite National Park and Red Rocks. Then it’s off to Europe, where Honnold masters some of the most difficult free climbs in the Dolomites alongside his Swiss colleague Nicolas Hojac. In the second episode, they climb the Aiguille du Dru in Chamonix, France, and Mont Maudit (“Cursed Mountain”), the second highest peak in the Mont Blanc massif. 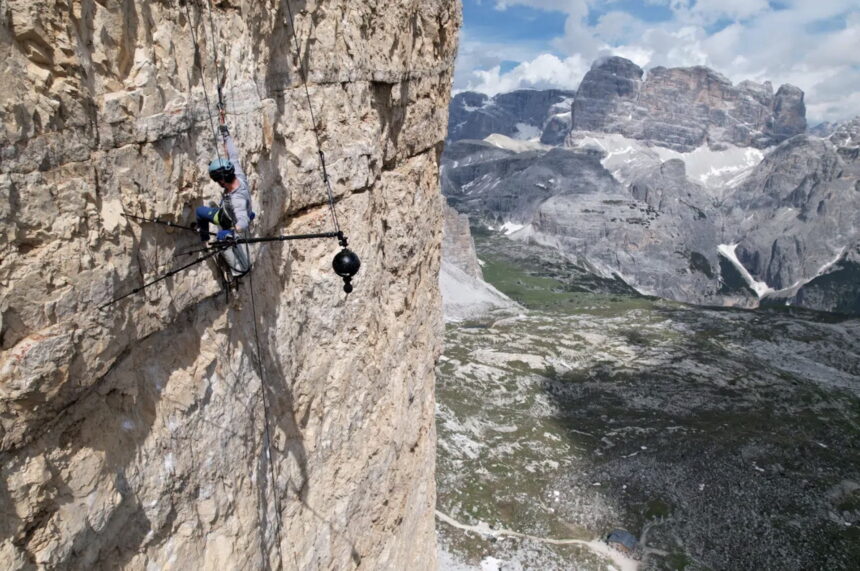 The VR documentary was produced by John Griffith’s production company, which already caused open mouths with “Everest VR: Journey to the Top of the World”. Griffith is an experienced climber himself, which is indispensable for such a production. Just imagine how difficult it must have been to transport the film equipment up the rock. Two years went into the preparation and shooting.

Premiere at the beginning of March

“For anyone wanting to take a deeper dive into the world of free solo climbing, The Soloist VR, is the perfect opportunity to do so from the comfort of your own home,” Honnold noted. “Viewers come along for the ride as we climb some of the most beautiful rock faces on earth. The film is so immersive that it must be experienced to be truly understood.”

The VR documentary will be released on March 3 on Oculus TV for Meta Quest 1 & 2, and a 2D make-of will be available on Red Bull TV to coincide with the premiere. The teaser below shows scenes from Soloist VR.