Snap’s AR glasses could get a brain interface

Snap is buying startup NextMind, which developed a brain-computer interface. The technology is likely to flow into the Spectacles AR glasses sooner or later.


NextMind has developed a headband that is said to be able to detect users’ intentions and translate them into computer commands. The headband is equipped with a sensor plate that rests on the back of the head and measures brain waves. With machine learning and lots of training, algorithms recognize what actions you want to perform and implement them without physical intervention. At least in theory.

The hope is that one day this method will allow you to effortlessly and invisibly operate AR glasses. Voice control and hand tracking isn’t always appropriate or possible in public, and carrying around special controllers would be cumbersome.

Snap buys the AR building blocks of the future

Neural interfaces of this type are still a few years away from market readiness. For this reason, Snap writes that NextMind will support “long-term AR research.” How much Snap paid for NextMind is not known.

The Paris-based startup will become part of the Snap Lab future lab, which is developing the Spectacles AR glasses, among other things. The twenty or so employees will continue to work from Paris. The headband, which costs around 400 US dollars, will be discontinued and no longer sold. 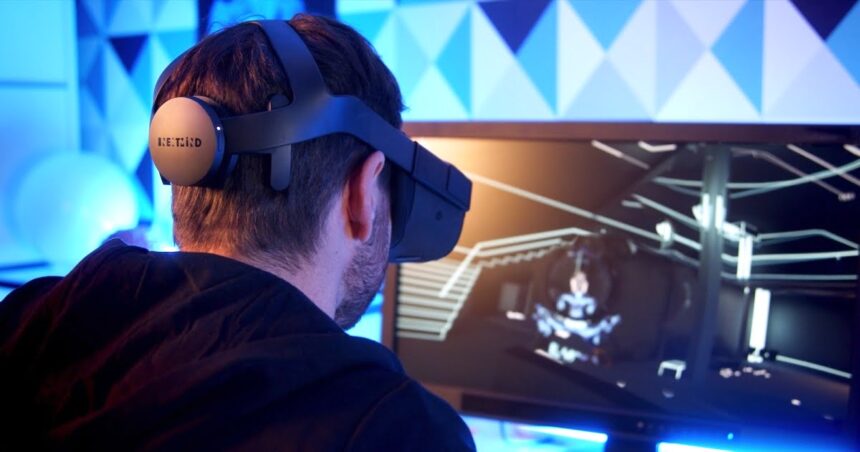 The NextMind headband is already several years old. The question is how to miniaturize the technology. | Image: NextMind

For Snap, this is its third major AR acquisition since May 2021, when it acquired WaveOptics, a maker of waveguide displays for AR glasses. At $500 million, it was Snap’s largest tech acquisition to date. It was followed by another investment in AR displays in early 2021, when Snap acquired Compound Photonics. You can tell: Snap is serious about the future of augmented reality.

The AR race is in full swing

Snap is securing building blocks of future AR technology with such investments, following the lead of other major players like Meta, which is also investing in AR displays and neural interfaces.

In 2019, Meta bought startup CTRL-Labs, which was working on technology similar to NextMind but reads electrical muscle signals instead of brain waves. The neural interface will flow into a smartwatch, which in turn will connect to AR glasses, according to current plans.

In addition to Meta, Valve is also interested in brain-computer interfaces. Elon Musk’s startup Neuralink seems to be particularly far along, but it uses implanted brain chips.