Meta could launch a smartwatch this summer. A patent provides insight into its possible technical features.


Since the beginning of 2021, there have been rumors that Meta wants to introduce another new hardware soon. After various VR glasses, Portal-branded video chat devices, and a pair of Ray-Ban data glasses, which are said to be the precursor of full-fledged AR glasses, a first smartwatch is supposed to follow in the summer of 2022.

According to reports, it could also function without a smartphone, be designed for health and fitness tracking as well as sending messages, and offer a special feature: a removable display with two cameras. One on the front for video calls and one on the back to take pictures and videos of the surroundings when it is removed from the cradle.

In October 2021, an image leaked that potentially shows a prototype or rendering of the smartwatch. The image shows a smartwatch with rounded corners and an embedded camera, confirming earlier reports. 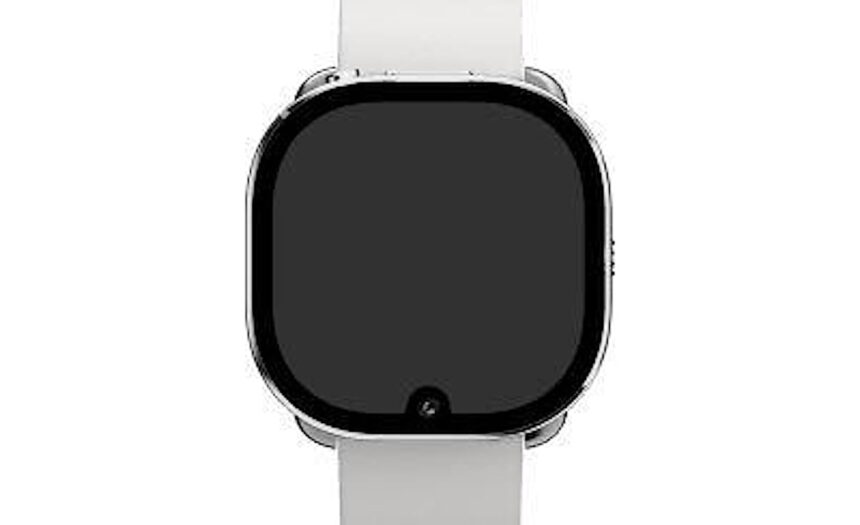 Someone found this image of a smartwatch in the companion app of Metas Ray-Ban glasses. | Image: Bloomberg / Meta

A smartwatch with interchangeable displays

A Meta patent published on January 13, 2022, now provides further clues about potential features of the smartwatch. The patent was brought to the attention of journalist and tech leaker Alex Heath, who reported on the smartwatch back in 2021. The inventor is engineer Ingrid Cotoros, who currently heads Meta’s technology department and previously held a management position at GoPro.

The patent describes various designs of a smartwatch. At its core is a modular wearable that can be equipped with different displays. The displays themselves can have one or more cameras with different lenses built-in. Users can decide for themselves how the display is used, whereby the display adapts to the respective camera orientation and rotates.

The orientation of the cameras relative to the mount allows different fields of view to be captured, according to the patent. | Image: USPTO / Meta

The “Meta-Watch” is an essential VR and AR accessory

Furthermore, there is talk of coupling between the smartwatch and other devices, especially VR and AR glasses. A scenario is described in which the camera of the smartwatch films the surroundings and thus provides important information about the outside world to the VR glasses or enhances the VR experience.

The smartwatch will aim for full integration into Meta’s hardware ecosystem. For example, it could measure heart rate and use that data to evaluate a fitness workout with Meta Quest 2 or serve as an external camera for full-body tracking in virtual reality. The potential applications for a body-worn display and camera module are numerous.

The goal: a neural interface for AR glasses

As always, a patent does not necessarily have to turn into a product. However, it is pretty certain that Meta wants to release a smartwatch.

In spring 2021, Meta presented its vision of the AR future: It envisions a wristband that picks up neuronal signals on the wrist and translates them into computer commands to control future AR glasses. Meta even showed a prototype. The smartwatch should be prepared for this neural interface, even if it is only used in later generations. 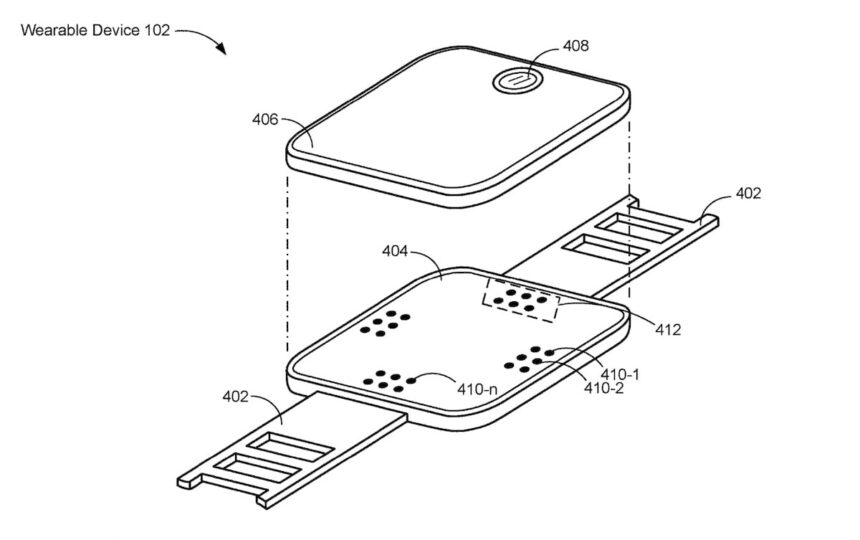 Another drawing from the patent, showing the display and camera, as well as the mount. How to use the display is up to you, depending on the shape of the smartwatch. The patent mentions several possibilities. | Image: USPTO / Meta

According to previous reports, Meta is planning far into the future of the smartwatch and is working on three generations of the wearable. Meta expects sales of the first smartwatch to be in the low six-figure range, according to reports. The price is expected to be around $400, but that could change, as could the launch period.

As for Meta’s smartwatch future, I recommend the latest podcast episode of Boz to the Future. Here, Meta’s VR and AR chief Andrew Bosworth chats with Thomas Reardon, co-founder of startup CTRL-Labs, which Meta acquired in 2019. In the podcast, Bosworth and Reardon talk about neural interfaces and the tech revolutions such could bring.