Will Apple’s first VR glasses revolutionize and redefine the market? Information so far casts doubt on that.


Apple itself has not yet announced anything in the direction of VR and AR hardware. However, it has been known for years that the company is working on corresponding devices. The rumors intensified at the beginning of 2021 and there has been a flood of reports from well-informed Apple reporters like Mark Gurman or the supply chain analyst Ming-Chi Kuo for a few weeks now.

According to these, Apple will introduce a VR headset with video-based augmented reality. According to the sources, it will be a relatively light but expensive high-end device. More detailed information can be found in our info article on Apple’s VR glasses, which summarizes the reports so far.

Apple and VR: A never-ending story

Building a lightweight, beautiful, and powerful pair of VR glasses is no easy task. Not even for Apple.

According to Gurman, the company has been researching XR glasses for about eight years without having launched a single device. Sure, Apple isn’t known for quick fixes. But the fact that the company is still struggling with technical problems like overheating after all these years and so close to the planned market launch is not a good sign. 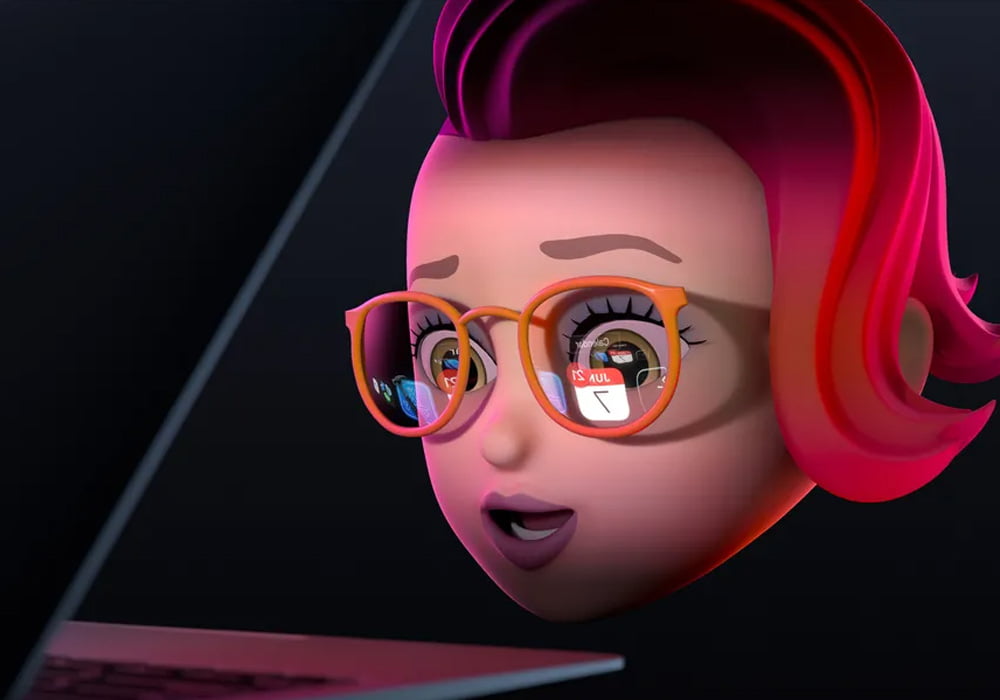 In the long term, Apple plans to go with slim AR glasses. Because the technology needed for this has yet to mature, Apple is taking the detour via VR glasses. They capture the environment using integrated cameras and enrich it with digital elements on the displays. The same principle will be used by Meta’s upcoming Cambria VR glasses and the Lynx R-1. | Image: Apple

Originally, the product developed under the codename N301 should have been launched in 2022. Now, according to sources, it probably won’t be until 2023.

The rumors about a fundamental technical question also give rise to suspicions: whether the VR glasses will run autonomously or require an input device. The fact that the reports contradict each other on this point could be an indication that Apple itself does not quite know which path is the most promising, and is therefore developing two entirely different products in parallel: One that is designed for stand-alone operation and one that requires an iPhone or iMac for full performance.

If there is still indecision here shortly before launch, it would not speak in favor of Apple’s product. But that remains to be seen.

Meta has a big head start

Apple is known for entering a market late, but strongly, and setting new standards against which the competitors have to measure themselves. Apple may also succeed in the VR and AR area.

The question is whether the company’s drive for perfection in this environment is not rather inhibiting and counterproductive. While Apple has been researching in the lab for tens of years, Meta is already launching its seventh commercial VR glasses this year: the high-end device Cambria, which is likely to compete with Apple’s VR glasses in many respects. 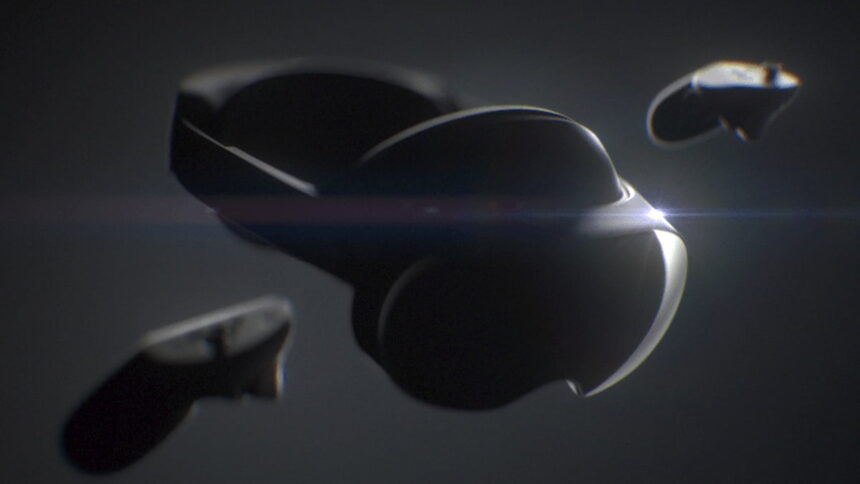 2022 Meta’s next VR glasses will be released. With Project Cambria, Meta is testing the very latest VR technologies in one product. The VR glasses will be more expensive than Meta Quest 2 and are being touted as a direct competitor to Apple’s upcoming device. | Image: Meta

This market experience and the app ecosystem Meta has built over tens of years is invaluable and one of the biggest assets Meta CEO Mark Zuckerberg holds.

Virtual reality and augmented reality: these are experimental technologies whose mainstream appeal and killer application have yet to be found. True to Facebook’s old motto of “Move Fast and Break Things,” Meta may have an advantage. Apple, on the other hand, looks like a sluggish giant.

The company is burdened with immensely high expectations. Because Apple is Apple, and because it hasn’t introduced a fundamentally new hardware category since the Apple Watch. That was almost seven years ago.

A product without a target group

According to previous rumors, Apple’s first VR glasses will offer impressive technology: two 4K displays, more than a dozen sensors, and the processing power of Apple’s own chips are expected to eclipse everything that has gone before.

This high-end technology is reflected in the price: according to the latest report, Apple’s VR glasses will cost $2,000 upwards. This inevitably raises the question: Who are these VR glasses actually intended for?

Whether Apple is focusing on VR gaming and entertainment or communication or is planning an all-purpose device is irrelevant. Normal consumers will not grab it at this price, at least not in masses. Apple or not.

According to Gurman, Apple wants to sell seven to ten million units. That is unrealistic. If at all, professional users, developers, and companies will be interested in the device – a comparatively small number. 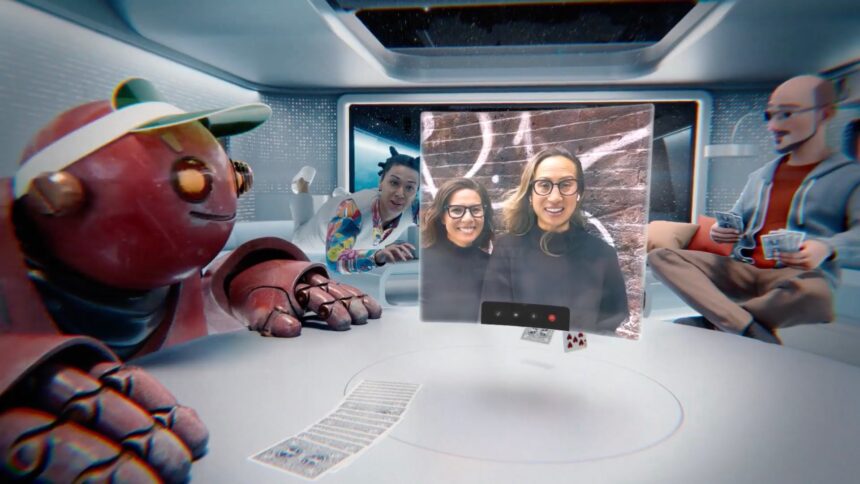 Mark Zuckerberg’s Metaverse vision is often ridiculed. But Meta is probably putting more into developing VR and AR than any other company, including Apple. The technology could be much further along and more important in ten to fifteen years than we assume today.| Image: Meta

Apple makes its revenue primarily from end-users and high margins. In the early stages of VR and AR, this strategy is not working: the applications are too experimental and playful, and without real benefits to justify the premium price.

Meta goes the other way and subsidizes its hardware aggressively to get as much hardware as possible to the people as early as possible and thus create a competitive advantage early on.

It is possible that Meta will do better with a comparatively inexpensive Cambria than Apple with VR glasses that cost three times as much and are only slightly better technically.

What are Apple’s trump cards?

If Apple makes any accents, it will be in areas like design, convenience, and ecosystem integration. This is where there are likely to be the biggest advances and surprises.

Apple has a big advantage over Meta: It has the most profitable smartphone business behind it and masters its value chain from the operating system to its own chips and hardware design.

As new and exciting as virtual and augmented reality are: The smartphone and its ecosystem will remain the dominant everyday device for the foreseeable future. Apple can integrate the iPhone into the VR and AR product portfolio far more elegantly than the competition can with their smartphones. That is a major competitive advantage. 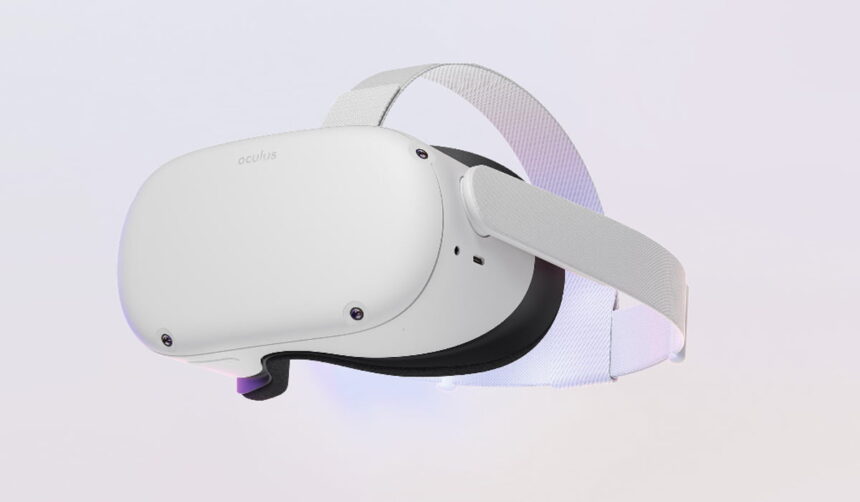 The Meta Quest 2 is the most successful VR headset on the market, thanks to its ease of use and low price. Meta has probably sold around ten million units so far. | Image: Meta

Based on the information so far, it’s hard to make sense of Apple’s VR strategy. The device will not appeal to the masses, and not only for price reasons. It would have to be years ahead of the competition in terms of form factor, technology, and apps, and that is doubtful.

With few users, it will be difficult for Apple to inspire developers for its ecosystem. And Apple needs them. They develop the applications that make the purchase of the device worthwhile in the first place.

To get the product out of its niche, the company needs to drive integration into existing Apple ecosystems and improve the technology through rapid iteration year after year. Apple’s biggest mistake would be to underestimate Meta.