Epic has revealed studios working with Unreal Engine 5. However, two crucial new engine features are not yet compatible with VR.

Since Epic Games’ “State of Unreal” event, it’s official: Unreal Engine 5 is already being used for game development on Playstation VR 2. The stream showed a whole wall full of studio logos that are currently working with the engine. The PSVR 2 trademark was also on display, confirming its use for Sony’s upcoming VR headset.

The logos additionally give clues as to which of the many studios might be working on a VR game: Publishers active in the VR space include Devolver Digital (Tentacular) and Take-Two subsidiary “2K.” Take-Two already brought Rockstar’s “LA Noire” to VR and confirmed that further VR projects are being considered.

Also on display are Poland’s Bloober Team (Layers of Fear VR) and the British studio Ndreams. The latter has made a name for itself with unusual action mechanics: The shooter Fracked delivered an amazingly fresh feeling of cover, even with the outdated Move controllers.

In the sneak game Phantom Covert Ops, the hero even paddles through the enemy base in a kayak. Just recently, Ndreams received a $35 million investment for several big titles – including Playstation VR 2.

Unreal Engine 5: In VR without Nanite and Lumen for now.

However, the two most impressive features of the new engine – Lumen and Nanite – will not be used in VR games for now.

Epic Games told Road to VR that both technologies are not yet ready for VR: “While we have no timeframe to share in terms of Lumen and Nanite support for VR experiences, we are exploring how to bring those UE5 features to additional platforms,” the company said. 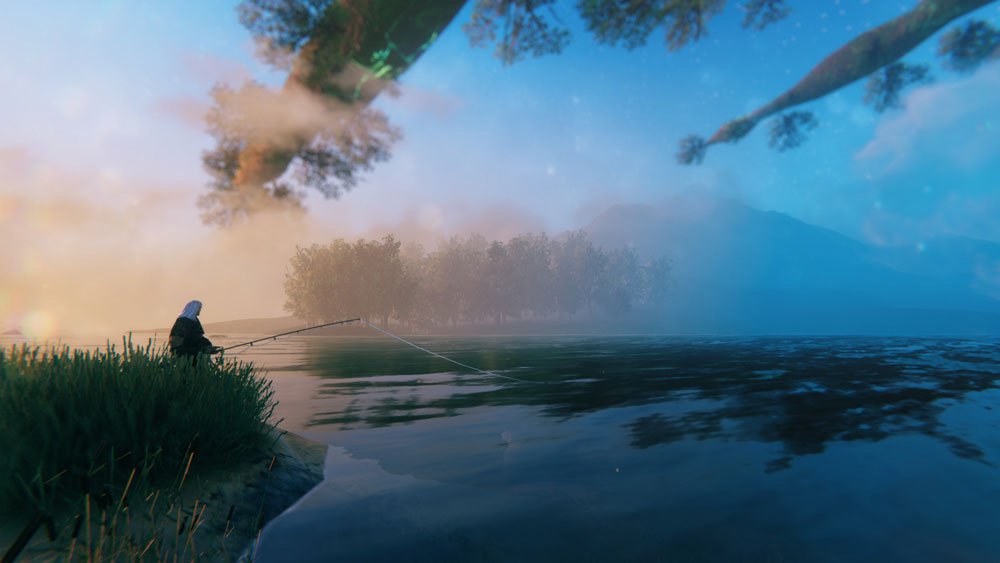 In 2020, Epic Games introduced two outstanding graphics features that give game environments a much more authentic look. Lumen is an innovation for real-time global illumination, including indirect light beams.

Thanks to Nanite, very high-resolution 3D models can be imported directly into the engine, where they are automatically scaled to fit the scene. This way, players always have a sharp image in their field of view instead of, for example, different levels of detail popping up as they get closer.

Nanite and Lumen: Not fast enough for VR yet?

Lumen’s lack of VR support could be due to performance issues. On conventional screens, the system is optimized for 30 to 60 frames per second – depending on the size of the environment.

In virtual reality, on the other hand, at least 72 to 90 hertz are usually required to create a smooth experience, depending on the VR headset. On the widely used Meta Quest 2 with its mobile chip, such problems are likely to be even more noticeable.

There are also performance limits when using Nanite, according to Epic Games. For example, aspects such as the resolution, the number of triangles per polygon mesh or the complexity of the material would have to be taken into account.

However, Nanite’s performance and capabilities will be improved in future versions of the Unreal Engine, Epic said. The company does not give a timeline for when Nanite and Lumen will be available in VR.

These shortcomings shouldn’t stop VR studios from using Unreal Engine 5, however. New creation tools such as a control rig, new modeling tools, and the division of large game worlds into “world partitions” files can already be used in VR.