Pack your bags! National Geographic sends you to Machu Picchu and Antarctica.

National Geographic VR Explore was released in May 2019 at the launch of the first Meta Quest, so it’s a bit older.

That doesn’t have to mean anything bad: backed by Meta and developed by quality studio Force Field (Pet Lab, Anne Frank House VR), even today this VR app has features that other travel apps can learn something from.

For the Quest platform, there are three similar offerings of this type that feature photogrammetry duplicates of real places: Blueplanet VR Explore, Brink Traveler, and OtherSight.

In my list of the best VR travel apps, National Geographic VR Explore has been missing until now. The reason: I simply overlooked it. Alerted to it through a sale, I recently snapped it up and set off on my journey.

The travel app features two destinations: Macchu Picchu and Antarctica. You are on the road as a photographer and have to photograph the destinations as successfully as possible for an issue of National Geographic. You will be accompanied by an editor who will give you precise instructions via radio: where to place artifacts and from which angle to capture them.

The photography aspect really appealed to me. In other travel apps, you usually don’t do much: find a place, walk a few steps, look around, and that’s it. 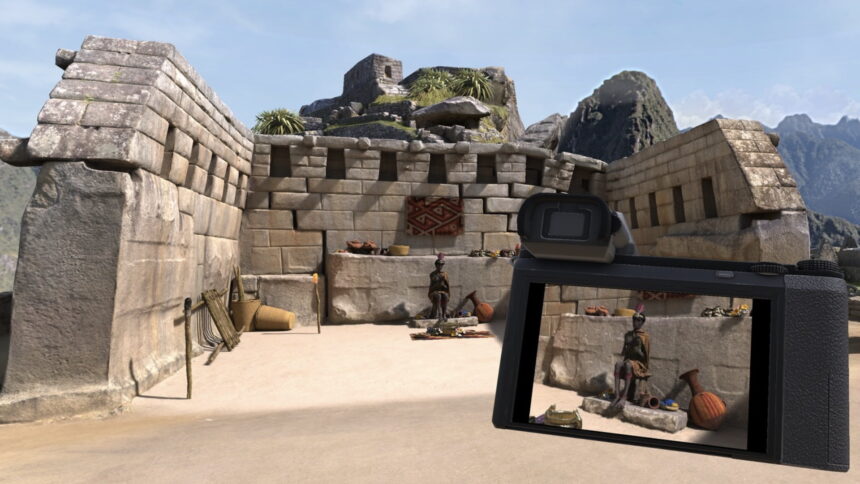 In National Geographic VR Explore, however, you travel with an assignment that gives the journey a narrative framing and structure, adds playfulness thanks to a clear objective, and requires some creativity to boot. This enhances the experience immensely.

The photos are saved in the app and can be shared on Facebook. This way, you have a souvenir of your virtual travels later on.

While photographing the ruins and artifacts, the editor and a local guide explain the customs and traditions of the Incas to you. The virtual reality app does without boring text panels.

Unfortunately, the explorable environments are quite limited in terms of number and area: The destination Machu Picchu offers a viewpoint with llamas, as well as two tightly limited locations within the city. Thus, you can’t walk freely through the Inca city. 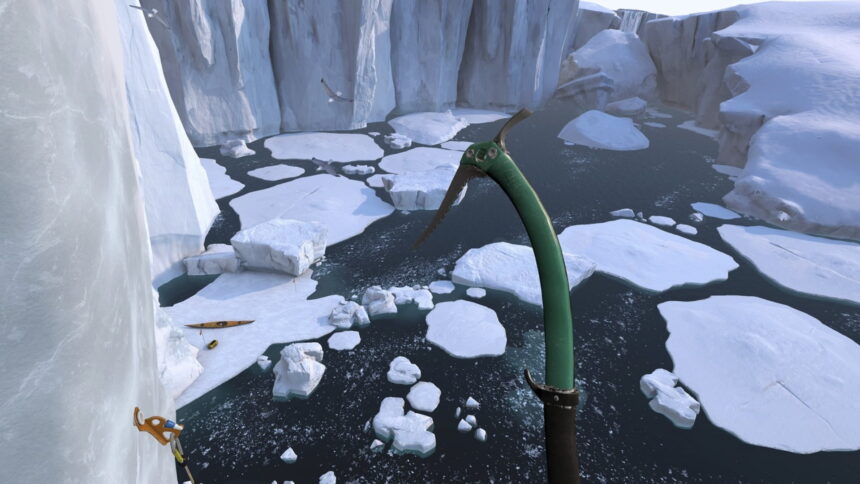 The highlight of the Antarctic trip: You climb up an ice wall. | Image: Force Field

Instead, there are plenty of digital elements that add historical artifacts and cult objects to the ruins or simulate how the roofs were built and the interiors furnished. This is not possible in the real Macchu Picchu.

The graphics and photogrammetric reconstruction are not quite as impressive as in Brink Traveler, but still respectable.

The desire to travel remains unsatisfied

Your second journey takes you to Antarctica. Surprisingly, it has a completely different structure and new interactions that go beyond taking pictures and more in the direction of an adventure trip.

Here, you’ll paddle a kayak past penguins and seals, climb a steep ice wall with ice axes, and spend the night in a tent while a fierce snowstorm rages outside. The Antarctic excursion offers plenty of variety to the rather contemplative Machu Picchu trip.

The biggest weakness of National Geographic VR Explore is that it is limited to these two VR trips. The variety and the beautiful design of the excursions make you want to travel. But before you know it, you are back home again. Those hoping for new content hope in vain: There have been no new destinations since the Machu Picchu update in November 2019.

That’s unfortunate, because National Geographic, Force Field, and Meta have set a good example for VR travel here and shown that virtual trips can go beyond walking and looking.

If you don’t want to spend more than ten euros and want to try out a travel app, you’re better off with Brink Traveler. The environments are more numerous and impressively reconstructed, and from the looks of it, the team will continue to add new destinations to the VR app.

You can find National Geographic VR Explore in the Quest Store.