Microsoft’s military-grade Hololens hasn’t yet proven battle worthiness. The Achilles’ heel – as is so often the case with AR glasses – is the screen.

In the future, U.S. soldiers are supposed to use special AR glasses based on Microsoft’s Hololens to go into battle. The project started around 2018, is planned for ten years, and has a total order value of around 22 billion US dollars. Microsoft plans to deliver around 120,000 AR glasses to the U.S. Army during this period – assuming the technology delivers what Microsoft promises.

U.S. soldiers have been testing the prototype called IVAS (Integrated Visual Augmentation System) in combat simulations since around November 2020. Thanks to AR technology, they will be able to recognize the outlines of people and better distinguish between friend and foe. 3D maps and navigation and aiming aids are also on the list of functions. US soldiers compared the trial use of the military Hololens with a video game.

However, according to the Pentagon, despite technical advances since the project’s 2018 launch, IVAS “has not yet demonstrated the capability to serve as a fighting goggle,” Bloomberg reports. Eyewear prototypes tested most recently have “demonstrated growth capabilities,” as well as “improved comfort and field of view.”

The Pentagon is calling on the U.S. Army to develop an “adequate test and evaluation strategy that quantifies improvements” before further testing.

AR technology is complex – even for the military

As early as last fall, the U.S. Army postponed planned field tests from September 2021 to May 2022 to allow Microsoft to further improve the still-insufficient AR technology.

According to current information, the postponement at that time had to do with “technical challenges” in display technology – the Achilles’ heel of AR glasses, even in the civilian sector.

To be sure, soldiers equipped with IVAS have shown “improved situational awareness” and “improvement in mission planning and navigation.” However, “the quality and reliability of the display” needs to be improved. The Army and Microsoft are now testing new components. 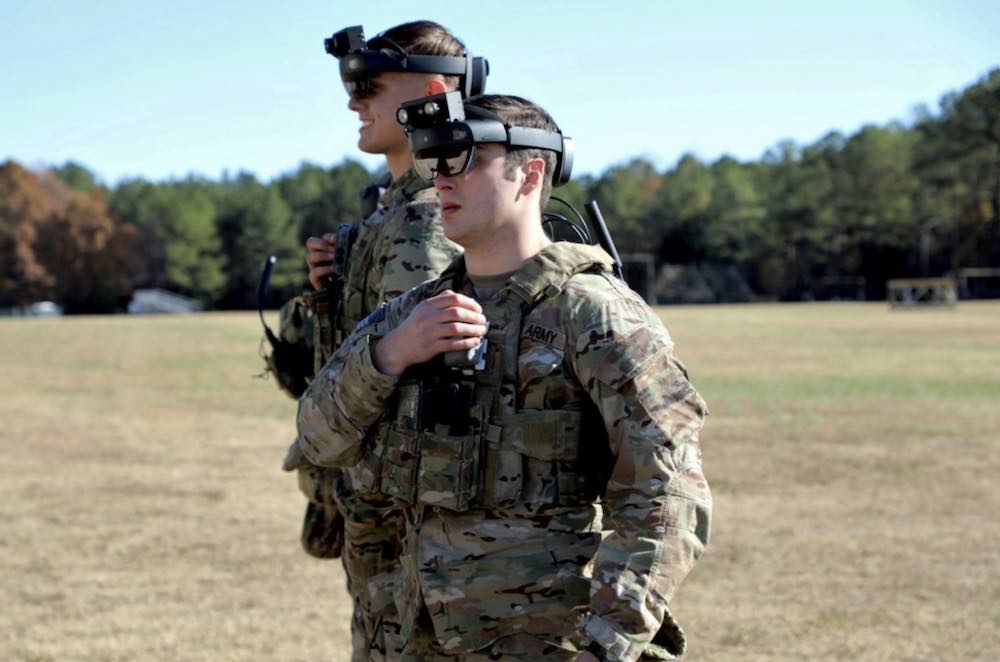 Since circa 2018, the U.S. military has been testing AR technology from Microsoft for use in combat. Initial prototypes were very close to the civilian Hololens. Meanwhile, the device is more like a complex sensor helmet (see cover image). | Image: Microsoft

“We continue to test and refine IVAS through soldier engagements, ensuring this state-of-the-art mixed-reality platform is effective, reliable, and exceeds the Army’s objectives,” said David Marra, who helps oversee the IVAS program at Microsoft.

Of the planned $22 billion total budget, the U.S. Army has pulled only $373 million for the first 5,000 pairs of glasses. So far, Microsoft has received $40 million of this amount. The Army does not want to pay the remaining 333 million US dollars until IVAS passes “validation and verification events”.

The next litmus test for the military Hololens is due in May 2022: That’s when a close-combat unit equipped with IVAS is expected to successfully complete a training mission in a realistic operational environment. If that test fails, the first planned real-world deployment in September 2022 will likely be moot as well.