Every Playstation VR 2 game Sony unveiled at State of Play

During State of Play, Sony gave a first preview of upcoming PSVR2 games, including Resident Evil Village. VR content for the Resident Evil 4 remake is also in the works.

“Try guarding using both of your arms and Ethan will guard in the same way; hold up a gun and Ethan will hold up his. You are also now able to execute dynamic actions such as firing your gun while holding a knife with the other hand, or holding a handgun with one hand and a shotgun with the other. These advanced controllers increase the player’s immersion with the game,” Sony writes.

Horizon Call of the Mountain

Horizon Call of the Mountain is the first VR game Sony announced for Playstation VR 2. The first teaser from January is followed by a longer trailer with gameplay scenes at State of Play. Sony also revealed the first story details.

“In Call of the Mountain, you’ll be seeing it through the eyes of Ryas, a former Shadow Carja Warrior who hopes to redeem himself by investigating a grave new threat to the Sundom. He is a master at climbing and archery, two skills crucial to survival as you step into his shoes, scaling perilous mountains and taking down mighty machines like the Thunderjaw.

Throughout your journey, you’ll master various tools and weapons and use the world’s many materials to craft additional gear, equipping you for any situation. But you won’t be going it alone. Along the way, you’ll meet Horizon characters new and old, including Aloy herself.”

The first Saints & Sinners from 2020 is one of the best VR games out there, and the sequel is expected to kick it up a notch. The studio promises a new story campaign, new areas to explore, new weapons and tools, and new gameplay challenges.

You’ll once again take on the role of the “tourist” and have to fight for your survival in New Orleans. The new arsenal will offer many familiar weapons, plus unique and new combat methods. The innovations include the silencer, new weapons such as the submachine gun and the sawed-off shotgun, as well as a chainsaw.

Your antagonist is the Axe Man, a mysterious post-apocalyptic slasher whose actions and intrigues will keep you constantly on your toes throughout the campaign. Besides, you can expect even larger crowds of undead, as well as more complex battles against human opponents.

Another new feature is the introduction of night expeditions to the city. In Chapter 2, you can visit every old and new area at night. This makes the forays much more dangerous, but also brings new gameplay variations and rewards.

The studio also promises dozens of minor improvements to the game’s mechanics, more realistic undead behavior, and a more believable world overall. The VR game will be released in late 2022 for Playstation VR and 2023 for Playstation VR 2.

The VR version of No Man’s Sky was released for Playstation VR in the summer of 2019. Now Hello Games is announcing the PSVR2 version of the space exploration game.

According to studio founder Sean Murray, bringing No Man’s Sky to PSVR 1 was a minor miracle, as it was a huge technical challenge to bring an infinite, transitionless universe to a “futuristic headset”. With PSVR 2, Murray promises immersion on a whole new level. More details on No Man’s Sky for Playstation VR 2 will follow in the coming months.

The highlight of Sony’s “State of Play” was the unveiling of Resident Evil 4 Remake. Although the cult horror game from 2004 has often been re-released in improved versions, including in VR for Quest 2, the remake is the first complete conversion with modern graphics and possibly other innovations.

In its live stream, Sony showed a short info screen that VR content will be released for Resident Evil 4. The wording indicates that the remake will not be fully playable in VR. But there’s still plenty of time before the March 2023 launch. The trailer released after the show no longer shows the hint. 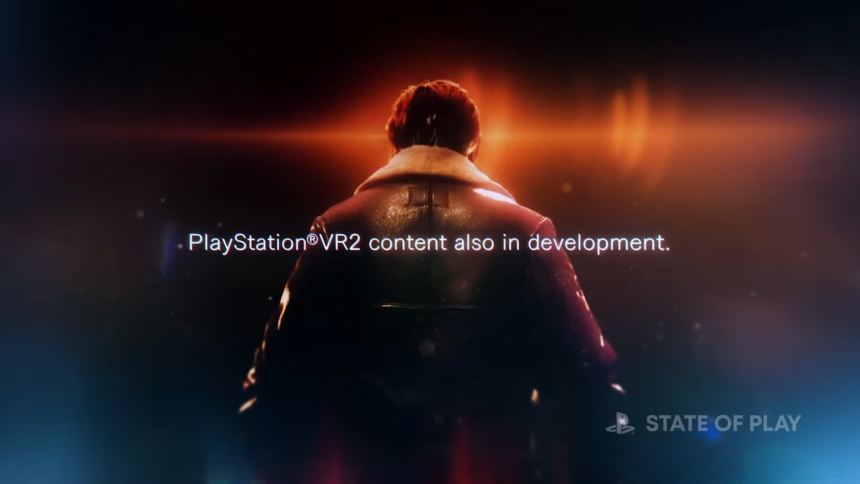