In the U.S., autonomous driving is to be more strictly regulated, Waymo wants to keep data, and Cruise is driving away from everyone – without a driver. Robocar week in review.

Last week was all about safety. Autonomous driving should optimize traffic, especially in inner cities. More space, fewer accidents, more efficient driving, no CO2 emissions. But the technology behind it is still a black box for many people and fuels skepticism. How safe are self-driving vehicles really?

In the U.S., unions and consumer advocates are now turning to the government. They are calling for more regulation. Meanwhile, Waymo is fighting over its data, while Tesla once again has to justify its questionable features. The weekly review of autonomous driving.

Waymo in dispute with transport authority over data

Google sister company Waymo is suing the traffic authority in the US state of California. The California Department of Motor Vehicles (DMV) oversees the largest autonomous driving test program in the US.

Waymo likes to test a lot. But the company also likes to keep the data to itself. | Image: Waymo / TTNews

In order to participate and receive a corresponding license for testing on public roads, developers must submit detailed reports on safety measures. These are subsequently published in part.

According to Waymo, this represents a competitive disadvantage. Competitors could gain insight into company secrets. Waymo is now suing against a requested disclosure of sensitive data. A quick settlement is likely. The next court date is scheduled for February 22.

Calls for more regulation in the USA

U.S. unions and a consumer safety advocate are calling for stronger regulations on autonomous driving. The government is being urged to ensure that autonomous driving cars are truly safe before they flood public roads.

John Samuelsen, president of the Transport Workers Union of America, worries about jobs and calls for proper and independent assessments by safety regulators. Cathy Chase, president of Advocates for Highway and Auto Safety, argues for minimum performance standards: “We need to know what’s happening on our roads, and the way to achieve safety is through regulation.”

The opposing side, of course, sees it differently. Autonomous driving vehicles are not only safe, but they also make for safer roads, according to the Autonomous Vehicle Industry Association (AVIA). Traffic fatalities in the U.S. in 2021 were the highest they’ve been in fifteen years.

Actually, the new technology is supposed to make traffic safer and significantly reduce the number of collisions. According to Waymo’s study, autonomous driving is already preventing fatal accidents. However, U.S. citizens probably still do not feel safe in the presence of artificial intelligence.

One company may not be entirely innocent of the public skepticism surrounding the safety of autonomous driving systems: Tesla. The company’s combined driving assistance systems and associated beta software are marketed as “Autopilot” and “Full Self-Driving,” which could be described as subtly misleading. 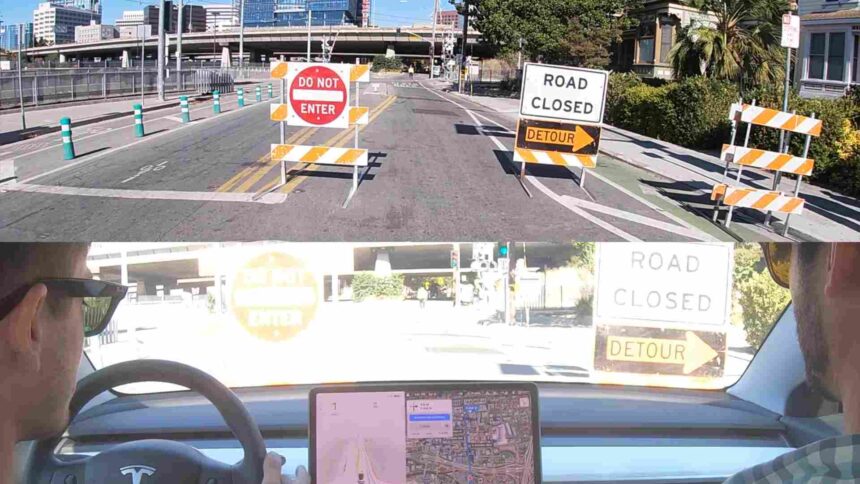 Most recently, Tesla’s Full Self-Driving Beta 10 has been consistently inconsistent, occasionally ignoring warning signs. Even after further updates, there is no question of a safe autonomous driving system according to the SAE standard. FSD is still error-prone and does not get its phantom braking under control. This involves the vehicle braking at highway speeds for no apparent reason.

According to the Washington Post, complaints about inappropriate automatic braking have increased in recent months. In addition, Tesla agreed this week to disable an FSD feature under pressure from regulators. It reportedly allowed vehicles to run stop signs at low speeds without first coming to a stop. Not a good week for Full Self-Driving.

A vision test for robocars is being developed in Sweden

The answer by way of regulation may soon come from Sweden. According to TechCrunch, startup Annotell has secured nearly $24 million in investor funding. Annotell provides a platform that enables developers of autonomous driving systems to subject their technologies to comprehensive testing.

Among other things, the analyses should be able to check the quality of the collected traffic and environmental data such as HD maps and improve them if necessary. Co-founder and CEO Daniel Langkilde describes Annotell’s work as “vision testing for cars to get their license, just like you take a test to determine if you’re fit to drive.”

While Waymo and Tesla wrangle with regulators and unions criticize the entire industry, one company is driving away from everyone even without a Swedish eye test. Cruise launched the first driverless robotaxi service in the U.S. this week. In San Francisco, prospective customers can sign up for a free cab ride and drive around the city without a safety person.

According to Cruise, the first ride reports from passengers were consistently positive. Although the experience of driving without a driver felt surreal to many, the robotaxis were in some cases smoother on the road than vehicles driven by humans. GM CEO Mary Barra called her test drive a “career highlight.”