Optics specialist Limbak makes lenses for headsets like Lynx-R1 and Simula One. It is now owned by a “major US company”.

Display specialist and industry observer Karl Guttag reports this on his blog. Guttag thinks the buyer is Apple or Meta, but won’t commit. The often well-informed XR analyst Bradley Lynch assumes Apple after talking to his sources.

After talking with my industry sources, I’m comfortable reporting that Apple is the company who acquired the Limbak optics company.

I also have some complaints about this ? https://t.co/gDiWUzths0

Limbak’s website has been offline for some time. Guttag assumes the acquisition happened a while ago and only now came to public attention.

Founded in 2013, Limbak is a Madrid-based company that developed lenses for VR headsets. Its best-known customers include Paris-based startup Lynx and SimulaVR, makers of the Simula One Linux headset.

Probably the most unusual lens design is used in the Lynx-R1 mixed reality headset, which is shipping to Kickstarter backers these days. Lynx calls it a “4x catadioptric free-form prism.” It stitches the image together from four lens elements and ensures a particularly sharp image in the center of the image. 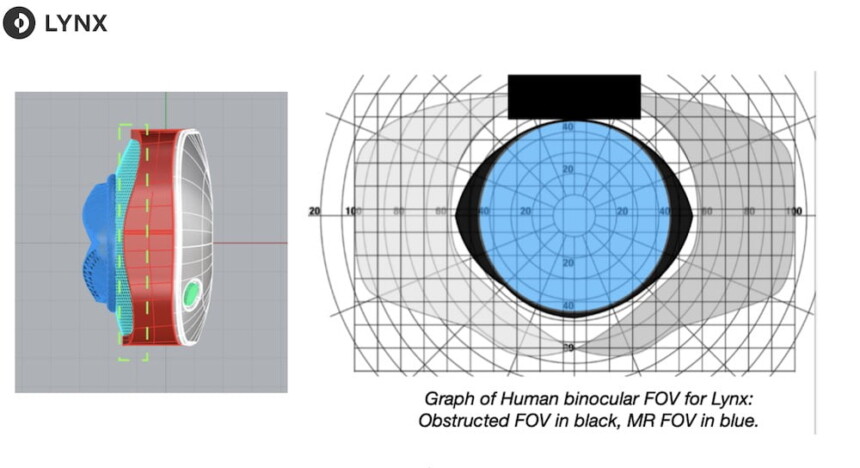 Karl Guttag goes into more detail about Limbak’s lens technology on his blog and links to a series of YouTube lectures in which the company presents and explains its products. Apple is reportedly planning a dual-display design similar to Varjo for its XR headset, with a high-resolution Sony Micro-OLED for the center image and an LG LC display for the peripherals.

Is Big Tech buying all the expertise?

According to Guttag, Limbak has also been working on special pancake lenses. These types of lenses are expected to become the gold standard for XR headsets, as they allow for a narrower headset design and an overall sharper and artifact-free image than Fresnel lenses (see Meta Quest Pro).

If Apple bought Limbak, the U.S. company may be interested in the technology behind this lens design. Apple has reportedly been working on a mixed reality headset for many years, but has not yet commented on it.

Limbak is just one of many optical companies that have been acquired by major companies like Apple and Meta in recent years. Meta confirmed just a few days ago that it had bought lens specialist Luxexcel.

Guttag fears that buying up technological know-how will lead to monopolization, making it increasingly difficult for smaller hardware manufacturers like Lynx and SimulaVR to compete in the market through innovation. According to Lynch, the acquisition will have no impact on the startups’ current products. But what about future products? Manufacturers will likely have to look for new optics partners.