Current VR headsets lead to some unpleasant image distortions. Meta’s distortion simulator will solve this problem. The unique device also demonstrates Meta’s commitment to transforming itself from a pure software and adtech company to a hardware innovator.


The lenses in VR headsets enlarge the image of the displays and thus provide a wide field of view. An undesirable consequence of light refraction are image distortions and color fringes around objects. They impair immersion and can lead to discomfort and eye pain during longer VR sessions. 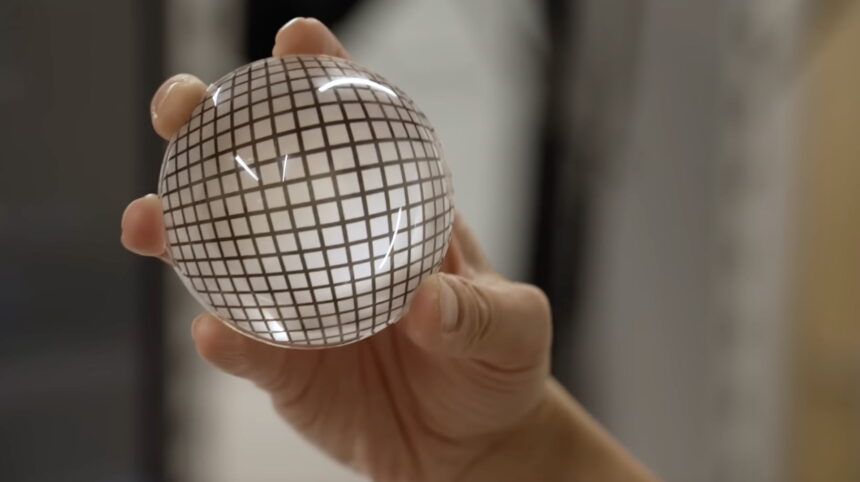 The use of lenses is accompanied by distortions, as can be seen well in this image. | Image: Tested

The optical deviations are usually corrected by the headset software, but not completely. This is because part of the distortion is caused by the movements of the eye: The distortion changes dynamically depending on where you look. This makes virtual reality feel less realistic because everything moves a bit when the eye moves.

Previous software solutions are static in nature and cannot correct the distortion caused by eye movement.

This is made possible by eye tracking: The VR headset detects eye movements and passes the information on to software that dynamically corrects the distortion.

The big challenge lies in developing the correction algorithms: The display researchers have to produce lenses and headsets to be able to test and adapt the corresponding software in practice.

The former can take weeks or even months, resulting in agonizingly slow iteration times. In addition, the test devices fit the researchers differently, which can lead to divergent study results.

To solve these problems, Meta’s display researchers have developed a distortion simulator: a device suspended from the ceiling with a chin rest and handles that allows the head to rotate horizontally.

Software simulates different virtual lenses, resolutions, and fields of view and displays them on a large television mounted near the device, which uses shutter glasses to create a 3D image. In this way, researchers can explore different optical designs and algorithms to correct distortion and avoid time-consuming iterations with self-built headset prototypes.

This rapid prototyping accelerates VR lens distortion research and could pave the way to distortion-free VR optics, according to a blog post. Meta plans to showcase the distortion simulator in more detail at the SIGGRAPH conference in August.

Norman Chan of the YouTube channel visited Meta’s research labs and was able to try out the device. Meta’s VR optics presentation to Chan and the rest of the world, where the distortion simulator was likely the peak-nerd device, underscored the company’s claim to technology leadership in XR.

It also impressively shows the massive transformation the company is currently undergoing. This is also evident from reports from internal meetings, in which Meta managers swear the workforce in for “serious times”.