What’s inside the Playstation VR 2 box

Playstation VR 2 is connected to the front of the console via a single USB-C cable. Speakers are not integrated, so you have to connect headphones to the headset. The corresponding jack is located on the head mount. A pair of in-ear headphones is included. These can be conveniently attached to the underside of the head mount.

Included with the Sense controllers are two wrist straps and a USB cable for pairing and charging the controllers. A charging station for more convenient controller charging is offered separately by Sony.

In the following image, which was apparently leaked on Reddit, the entire contents of the box can be seen along with the instructions. The “Horizon Call of the Mountain” bundle also includes a coupon code for the game. 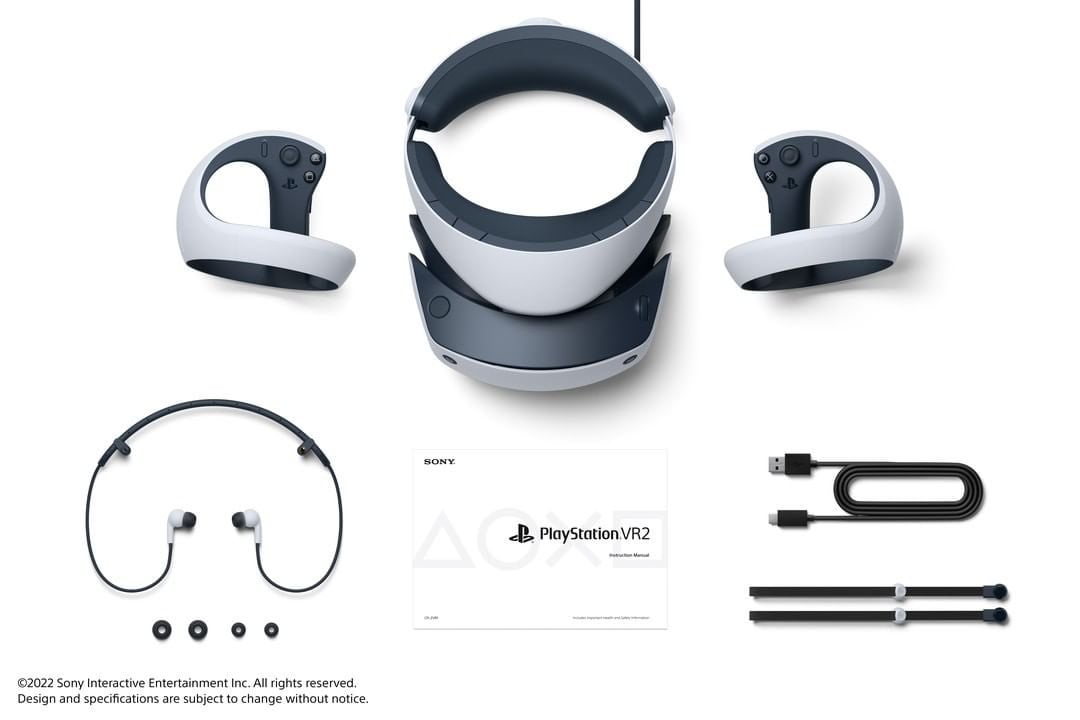 The total package of the Playstation VR 2 at a glance. | Image: Reddit / Sony

The Playstation VR 1 had a much larger package, with many more cables. The picture shows the scope of delivery of the first PSVR1 model, which went on sale worldwide in October 2016. 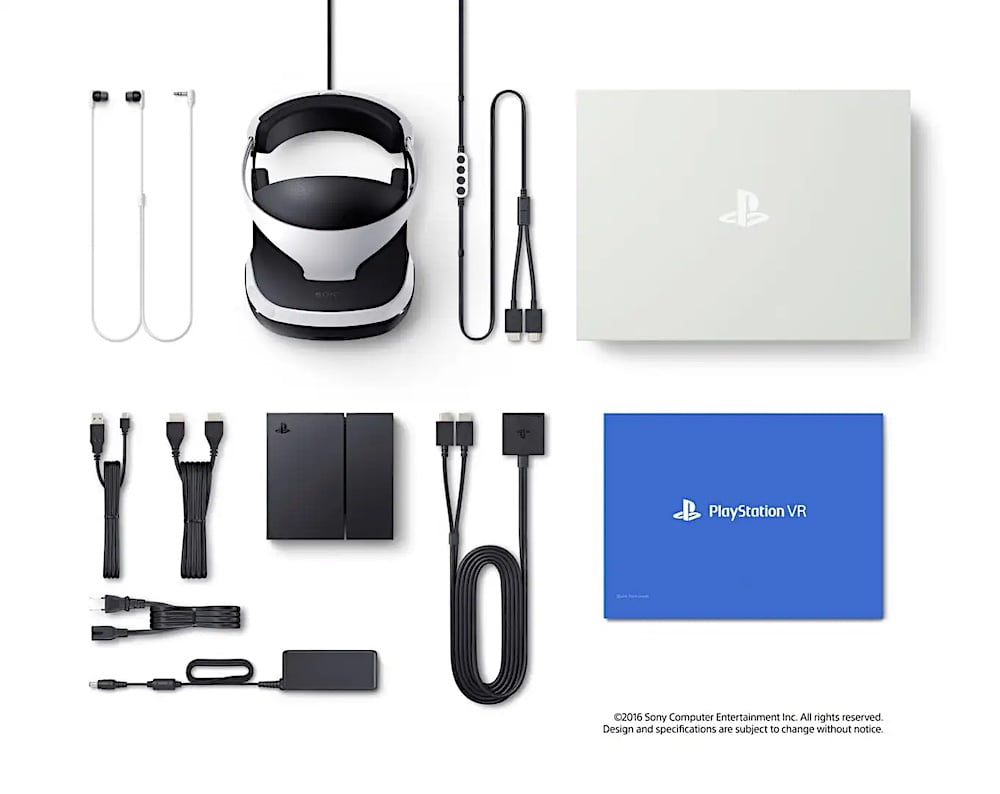 The PSVR1’s breakout box was heavy, clunky and connected with numerous cables. PSVR 2 offers a direct connection to the console. | Image: Sony

The cable clutter of the original Playstation VR 1 is legendary. A second model, which was launched in 2017 with the number CUH-ZVR2, reduced the cable clutter to a minimum, as the following picture shows. 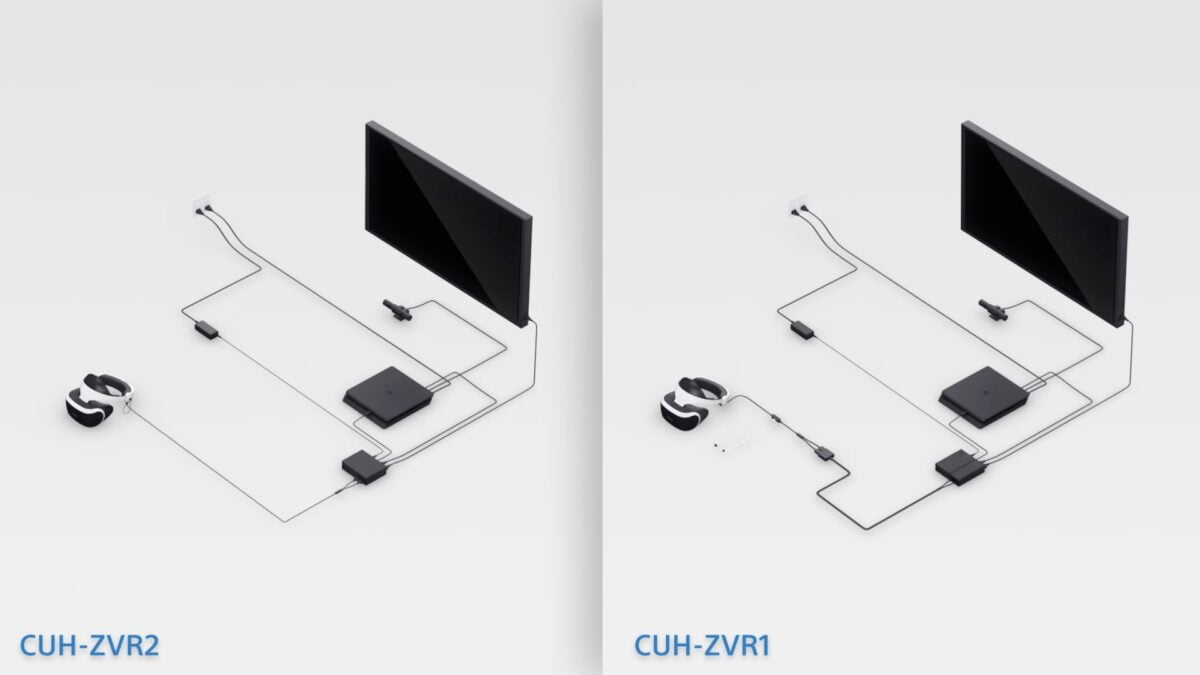 In the second PSVR1 version, only one cable led to the breakout box. The jack for the headphones and the volume control moved into the VR headset. | Image: Sony

Setting up the system was so complicated and confusing that Sony thought it would be a good idea to upload a three-minute video tutorial to YouTube.

You can tell: Playstation VR 2 takes a big step towards usability compared to Sony’s first headset. The next evolutionary step would be to cut the last cable. Meta Quest made wireless virtual reality very popular with consumers in the last few years.

For wireless streaming, however, the device would have to house a dedicated streaming chip and battery, which would increase the weight and price – and PSVR 2 is already not exactly cheap.

That and the interference-free data transmission will be the main reasons why Sony went for a cable with PSVR 2 despite the signs of the times.