VR system requirements: Is your PC ready for virtual reality?

Eager to start with virtual reality but don’t know if HTC Vive Pro 2, HP Reverb G2 or Valve Index work with your PC? In our guide, we show you the system requirements of all popular PC VR headsets.


Which PC hardware do you need to get the most out of the respective VR headset? In our alphabetically sorted overview with the official manufacturer’s specifications, you can find out whether your PC meets the system requirements of the VR headset and where you might need to make improvements. Some providers provide software for the PC check. We have linked these accordingly.

Note on usage: You can search for individual VR headset in the search field. If you want to compare two or three headsets, enter the search words separated by a +. Example: Reverb G2+Index. The drop-down menu “Filter” lets you compare individual features. Clicking on a line opens all available data for a VR headset.

With one of the sharpest VR images on the market, but significant deficits in controller tracking, the HP Reverb primarily targeted industrial customers and simulation fans with special controllers like steering wheels. The controllers and tracking have been revised in the successor model HP Reverb G2 (review).

Two additional cameras on the sides of the VR headset and a new controller design provide more stability and comfort. The basic system requirements have not changed for the G2, but HP specifies a range of graphics cards that can run the HP Reverb G2 in full resolution.

Note: The system requirements for all other VR headset for Windows Mixed Reality are at the very bottom of this article.

The HTC Vive was launched in 2016 and was developed in cooperation with Valve. In our two-month-long test of the HTC Vive in comparison with Oculus Rift, we especially praised the tracking system “Lighthouse”, which works particularly precisely and enables room-scale VR.

The HTC Vive was replaced by the Vive Pro and then by the current Vive Cosmos headsets (see below).

The HTC Vive Cosmos comes without external tracking accessories, but can also be expanded modularly with SteamVR tracking or XR capabilities via so-called “faceplates.” The inside-out tracking system is integrated in all Cosmos headset variants and is handled by four to six cameras embedded in the front.

On paper, the HTC Vive Pro 2 offers one of the highest resolutions ever: a whopping 2,448 x 2,448 pixels per eye are supposed to ensure a sharp image without a fly screen effect. In addition, there is a horizontal field of view of 120 degrees and a new dual Fresnel lens system.

Otherwise, there are hardly any differences to the predecessor. In our review of the HTC Vive Pro 2, we explain in detail why HTC has made a big mistake with this VR headset and why it fails especially in the price-performance ratio.

The HTC Vive Pro Eye is a new version of the HTC Vive Pro with an integrated eye tracking system for gaze control. This system is primarily intended for companies that want to improve their virtual training or meetings.

The Oculus Rift is the first VR headset from the startup Oculus VR, which was bought by Facebook in 2014. It was launched on the market in March 2016. It was followed by the Oculus Touch controllers in December 2016, which are still the standard input device for Oculus headsets.

On January 14, 2020, support for Windows 7 and Windows 8 were discontinued to match Microsoft’s announcement. The Oculus Rift was followed by the Oculus Rift S.

The successor model relied on an internally installed tracking system, higher resolution and better lenses. In tests of Rift S, the tracking was praised in particular. Rift S stood out in terms of price-performance ratio.

The Oculus Rift (S) was discontinued in 2021. If you still want to experience PCVR in the Oculus ecosystem, you should buy the Meta Quest 2. The standalone VR headset can be connected to the PC wireless via Air Link (guide).

At Oculus Connect 2019, Meta (then still Facebook) announced Oculus Link for the self-contained VR headset Oculus Quest. With a USB-C cable, you can connect the actually self-sufficient VR headset to a PC and thus play high-quality PC VR games. The same applies to the successor Oculus / Meta Quest 2 (review).

Pimax’s VR headsets offer high resolutions and a wide field of view. The Pimax 5K Plus, for example, accepts a resolution of 2,560 by 1,440 pixels displayed on a 1,440p LC display. The field of view can be up to 200 degrees wide – the hardware requirements for a PC are correspondingly high.

Pimax 5K, 5K Plus and XR are no longer listed on the official website. Only the Pimax 5K Super is regularly available. In addition to official specifications, depending on the application, better graphics cards might be necessary.

The latest headset in the Pimax lineup is also supposed to have a wide field of view, but it “only” offers 140 degrees. The resolution is 1,700 x 1,440 pixels per eye. Artisan is supposed to be Pimax ‘s entry-level device, especially financially. Currently, the official site lists a price of $509.

The Pimax 8K has two displays with 4K resolution each installed. That does not add up to a true 8K resolution, but Pimax still calls the headset “8K” for advertising reasons. In fact, the Pimax 8K only accepts a resolution of 2,560 by 1,440 pixels and scales it to 4K.

Like the conventional Pimax 8K headset, the Pimax 8K X does not offer 8K resolution, but also two 4K displays – which, however, record natively at 3,840 × 2,160 pixels for the first time. 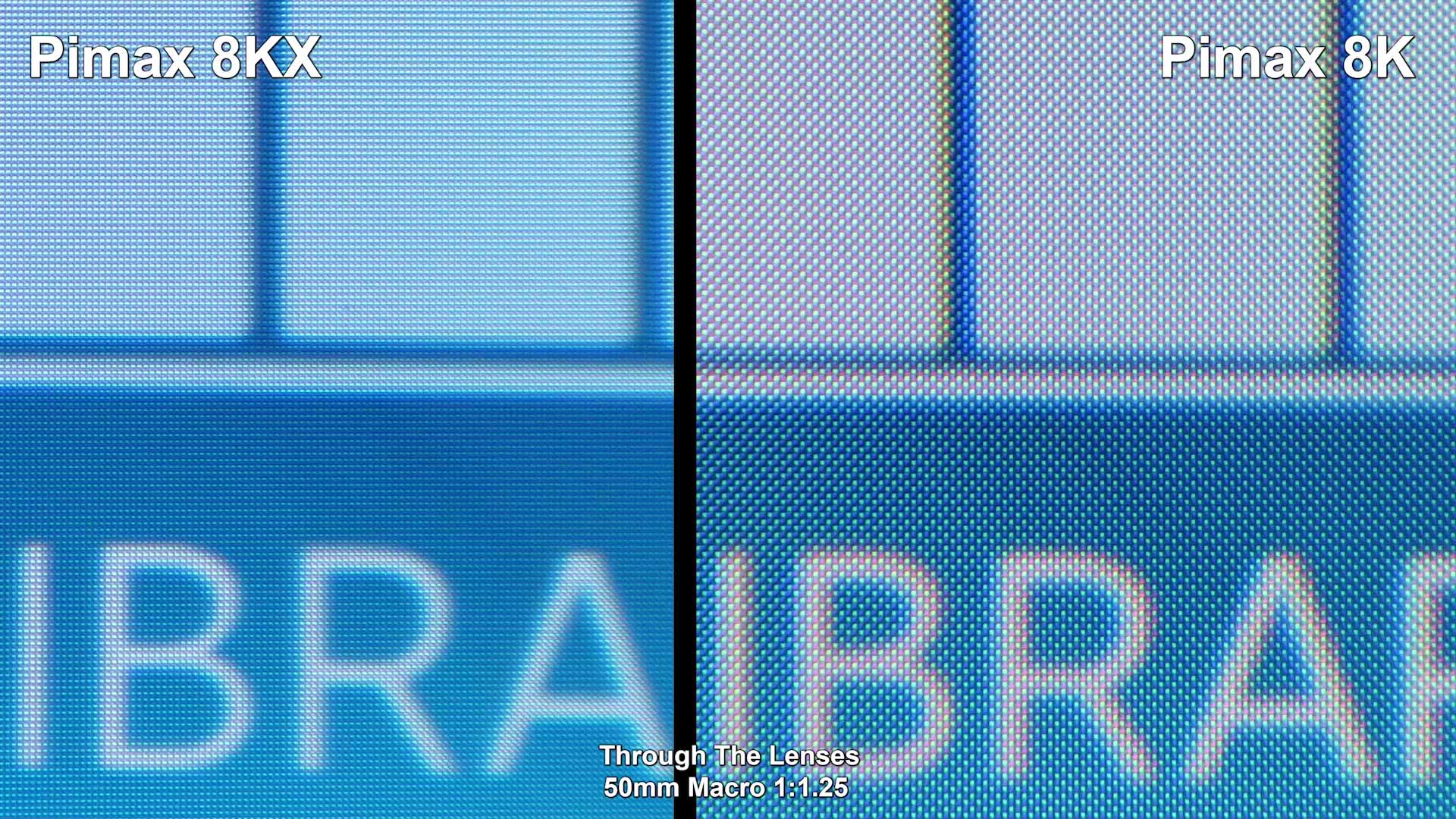 The StarVR One is a business VR headset with an extremely wide field of view and a clear, sharp image. Unfortunately, StarVR only issues the headset to suitable companies, such as VR arcades – after strict testing. The price is also rather beyond the budget of normal VR users. Eye tracking and dynamic foveated rendering make the headset all the more interesting for companies.

The high-end VR headset scored very well in our Valve Index test. It offers the most technically advanced overall VR package with a high resolution, a wide field of view, good wearing comfort, special finger tracking controllers and an integrated audio solution – which is quite expensive for that. But there are definitely good reasons to buy Valve Index.

Varjo no longer sells the VR-2, VR-2 Pro and XR-2. The successor models are the Varjo VR-3 and the Varjo XR-3. There is no Pro model yet. We found out what Varjo’s new high-end headsets can do in a conversation with company founder Urho Konttori. Among other things, the focus display is larger, the field of view expanded, and the price lowered.

The Varjo Aero (review) is Varjo’s first VR headset for the consumer market. The new PC VR headset is aimed at VR enthusiasts and simulation fans. VR training, 3D design and creativity, and demonstrations in showrooms, museums and VR arcades are also possible use cases. 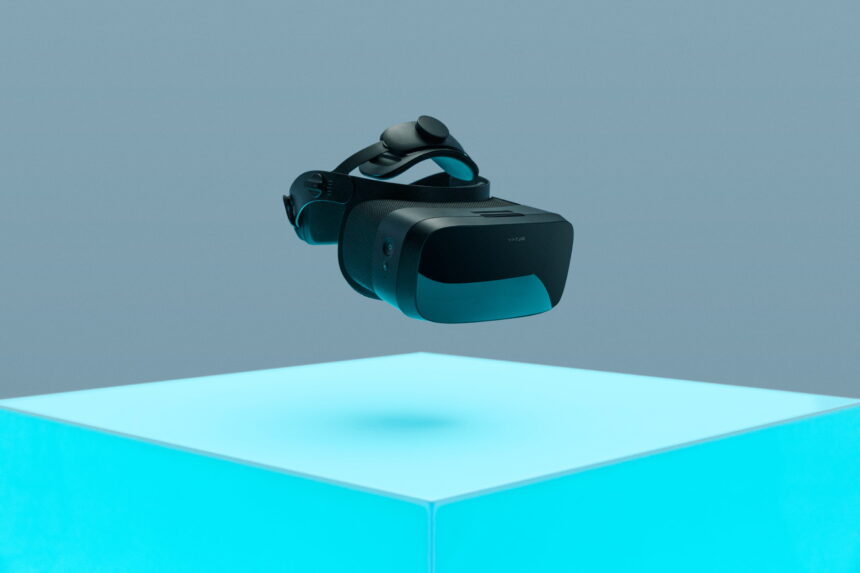 The Varjo Aero is a PC VR headset with impressive technology aimed at VR enthusiasts and simulation fans. | Image: Varjo

Through mini-LEDs, the Varjo Aero reportedly benefits from better black levels and higher contrast. The VR headset resolves in 2,880 × 2,720 pixels per eye , which is significantly higher than the HP Reverb G2.

Custom-made aspherical lenses supposedly reduce Light reflections and minimize so-called “God Rays.” According to the manufacturer, this also results in image sharpness up to the edges of the field of view. Eye tracking supposedly enables foveated rendering and keeps the graphics card’s computing load low.