VR is in search of its raison d’être

Virtual reality is still a niche, and rightly so. Meta and Apple should give it a new direction starting in 2023.

A few years ago, I had a visit from an IT entrepreneur who has made considerable wealth. The purpose of his visit: he wanted me to show him the state of VR technology. He had not yet been exposed to modern high-end VR.

At the time, there wasn’t much to show. If I remember correctly, my guest tried out Google Earth VR and played a little Beat Saber. His initial reaction: the devices are still clunky and uncomfortable.

Then came the key question, which my guest asked with a frown: “Is there anything virtual reality does better than a traditional computer, a basic work application that works better in VR?”

I didn’t have an answer then, and frankly, I don’t have one now.

The most successful application of the technology so far has been gaming. This is proven by the millions of Meta Quest 2s sold.

After that, there are application areas such as training, education and 3D visualization, which are primarily interesting for companies and professional users – a manageable market. And then there is the area of VR fitness, whose reach we can only speculate about. 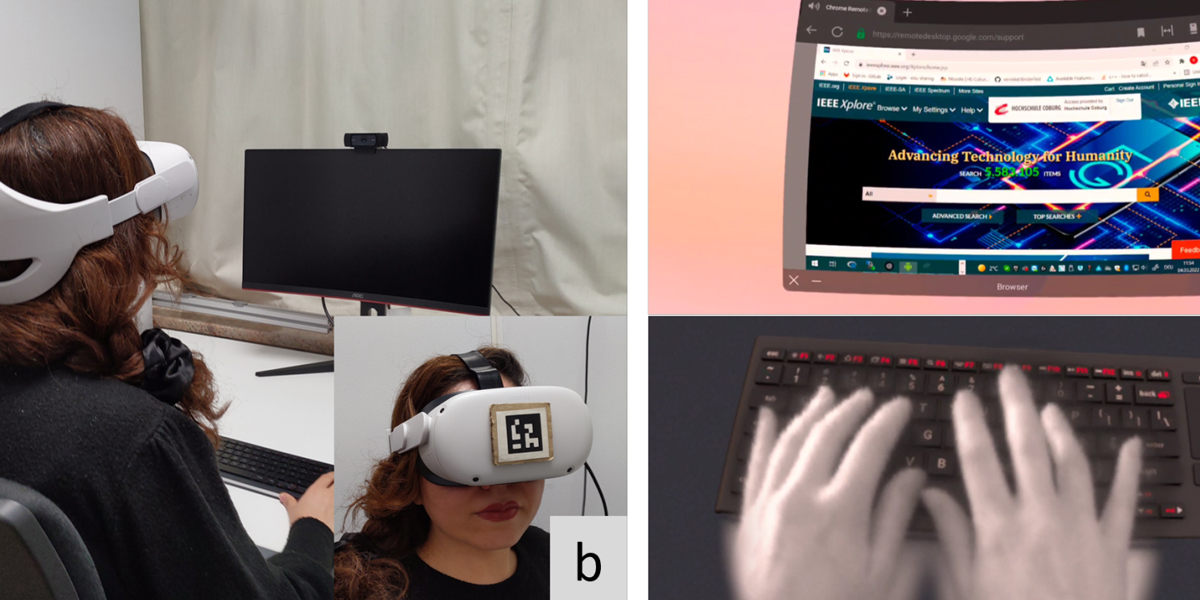 Working in VR with Quest 2 is not (yet) fun – study

Even if VR headsets could keep up with game consoles in terms of sales figures, the target group is limited to a low three-digit million figure. And virtual reality has not yet reached this status. VR is far from being mainstream.

Productivity is the next big goal

Mark Zuckerberg, who was an early investor in virtual reality and is still investing aggressively, sees games only as a means to an end. For him, the technology has a higher purpose: It has the potential to be a new, possibly ultimate computing platform and the definitive communications technology, connecting people remotely as if they were in the same room.

As such, it wouldn’t need a killer app because the killer app would be its universal nature and its incredible versatility.

Meta’s preliminary, lofty goal is to conquer the workplace and, from there, permeate all areas of daily life. Zuckerberg hopes that headsets will one day be able to replace traditional computers and displace the classic workplace by making one’s office portable and projecting any number of monitors of any size into the room.

Consumers would then have a justification in addition to a reason for buying the headset. According to Meta’s chief technology officer, this is a prerequisite for any technology breakthrough.

Working with a headset: gimmick or real added value?

Meta’s first VR workstation, called Cambria (info), will launch in the fall and is the first step into a new VR future with more augmented reality components. Apple’s first headset will likely also target productivity and could come out ahead thanks to deep integration into the Apple ecosystem.

The crucial question is whether working in virtual or augmented reality offers enough added value that people are willing to strap a computer in front of their faces. 2D monitors floating in space? That sounds like a gimmick.

A technological revolution like the one Zuckerberg has in mind requires major technical revolutions, especially in the interface. To really boost productivity with headsets, new interfaces are needed that incorporate voice control, hand and eye tracking, and even neural signals.

Whether and how these interfaces will change the office is yet to be seen. But they will have to make workflows easier and faster to prove themselves. Not just a little, but significantly – because friction is much higher with VR than with normal computer interfaces.

The burden of proof is on Meta and Co.

Overall, it could turn out that the existing work tools (laptops, desktop computers, tablets and smartphones) serve their purpose sufficiently and do not need to be reinvented.

My MacBook Air with M1 processor is thin, light, fast, lasts two full workdays on a full charge, and has a sufficiently sharp picture. None of that applies to my Meta Quest, and I doubt the first generations of Cambria will make much difference.

My guess is that Meta, Apple and co. themselves don’t really know where the journey is going and are trying to do the obvious. That’s normal – and tremendously exciting.

The exciting thing about new technologies has always been that they produce applications that we didn’t expect in advance. The only thing that is certain is surprises.