Virtual reality is used in surgery to reduce pain and post-operative effects. Why is VR better than conventional anesthesia in some cases?

Virtual reality is currently experiencing a boom in Great Britain. However, instead of being used in living rooms at home, VR headsets are increasingly finding their way into hospitals, hospices and nursing homes there. The immersive technology is helping people get through painful operations and seems to be slowly overtaking conventional anesthetics.

During his knee surgery, 74-year-old Ian McDonough eschewed traditional general anesthesia. Instead, doctors administered a nerve block and put a VR headset on him. McDonough experienced a live performance of the well-known Queen song “Bohemian Rhapsody” in virtual reality during the operation. 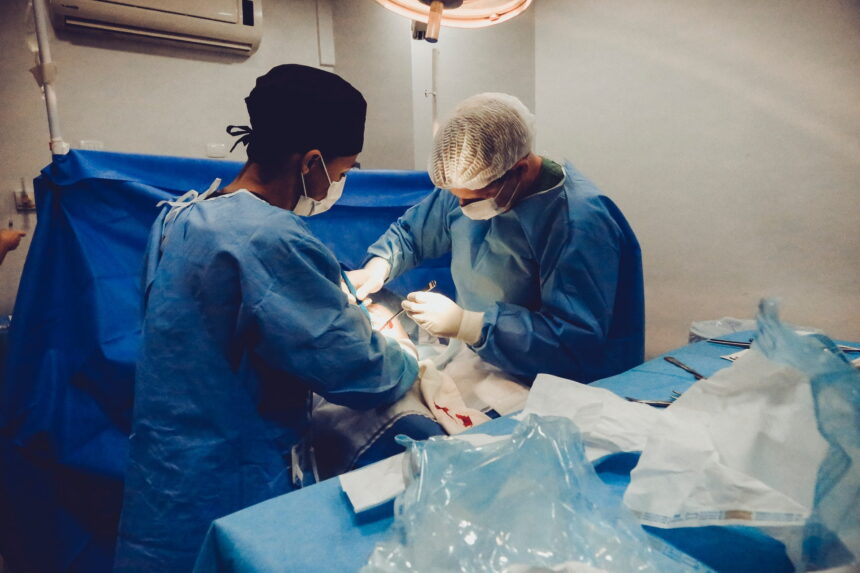 Virtual reality is increasingly being used in the United Kingdom as an alternative to traditional anesthetics. | Image: Vidal Balielo Jr.

Five years earlier, McDonough’s other knee was operated on under general anesthesia. Virtual reality surgery, he said, is much more comfortable and you recover from it much faster. That experience, he said, took his mind off everything. All he felt was a pulling sensation.

General anesthesia can cause severe side effects such as vomiting, chills or disorientation. There is also a risk of postoperative cognitive dysfunction (explanation). This may involve memory impairment or impaired ability to perform intellectual tasks.

At Northumbria Healthcare NHS Foundation Trust, different VR experiences are offered for surgeries. In addition to VR concerts or VR movies, those in charge mainly focus on virtual walks through nature or observing wildlife. Similar to VR therapy for chronic pain, the focus is on breathing and mindfulness exercises during the VR experience.

“WWe started with using VR headsets for elective orthopaedic procedures such as knee replacements, but quickly found there was so much positive feedback that we have now expanded this,” said Dan Lawrence of Northumbria Health Trust’s anesthesia department. In addition to reducing anxiety before surgery, the risk of potential side effects from general anesthesia also decreased.

Another positive side effect of VR anesthesia is an economic one. Lawrence says that in some cases, it eliminates the need for an overnight stay after general anesthesia, resulting in lower hospital costs. The hospital now has eight VR headsets for regional and local anesthesia, which Lawrence says are used to treat up to 2,000 patients a year.

Birmingham Children’s Hospital, meanwhile, is using VR to ease children’s fear of surgery. It’s also designed to help keep them calm during difficult procedures such as lumbar punctures. This involves inserting a needle between the bones of the lower spine.

According to Dr. Ben O’Sullivan, a pediatric anesthesia specialist at the hospital, roller coaster games are particularly popular with children. “Being in hospital is a scary time for children, so it’s important to ensure a level of comfort is maintained. We’ve found the rollercoaster games have been the most popular for our kids,” O’Sullivan said.

VR in pain management: only one side effect

In addition to the positive experiences of hospitals, there are several studies looking at the effectiveness of VR during therapies, surgeries or other procedures.

In 2020, Health Technology Wales reviewed this available scientific evidence from clinical trials. The result: virtual reality alleviates pain during and immediately after procedures more effectively than traditional treatments such as painkillers. With motion sickness, there was only a single and very rare side effect, they said.

Why is virtual reality effective for anesthesia?

Gastroenterologist and author Brennan Spiegel explains VR’s pain-relieving effects in his book “VRx: How Virtual Therapeutics Will Revolutionize Medicine”. He thinks its “revolutionary potential” comes from its ability to force a person’s brain and body to respond to a different reality.

People would use about fifty percent of their brain for visual processes. When the eyes are bombarded with spectacular and dynamic images, three billion neuronal firings occur per second. These bounce off half of the brain to process the overwhelming amount of visual data. Pain disappears as if a hallucinogen had been administered.

Dr. Jordan Tsigarides, a rheumatologist at the University of East Anglia, has a similar view. VR is immersive, he says, flooding the brain with audiovisual signals. Tsigarides says it stimulates the senses and diverts the brain’s attention from processing pain signals. So VR could also break the thought cycle of people with chronic pain.