HTC once again wants to appeal to consumers with the Vive XR Elite. With a price that could be off-putting right away.

The Vive XR Elite combines the strengths of these devices and expands their technical capabilities in the direction of Mixed Reality with RGB passthrough, i.e. video playback in color, and a depth sensor. 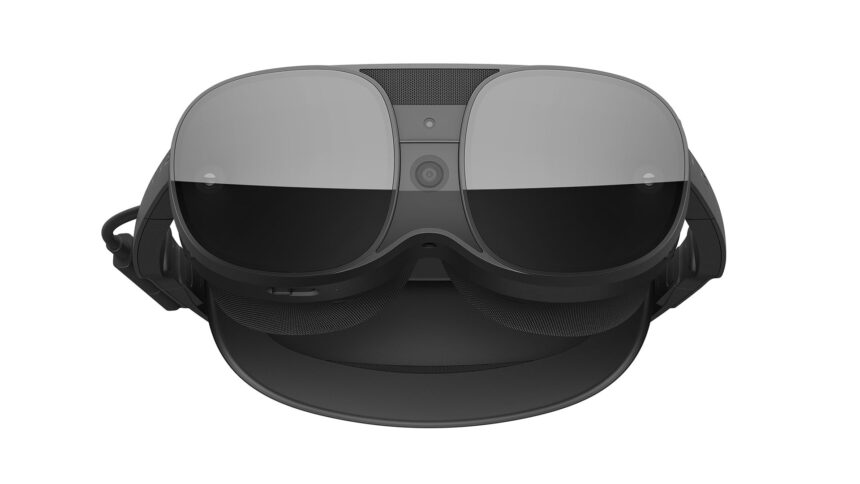 The center-mounted IR projector and depth sensor, which allows the device to better sense spaces for MR applications. | Image: HTC

Like the HTC Vive Focus 3, the new headset comes with full VR controllers and works as a standalone device. HTC does not reveal which SoC is installed. According to VR leaker Bradley Lynch, a Snapdragon XR2 Gen 1 is used, which is the same chip that is also featured in Meta Quest 2 and Pico 4.

The device borrows the pancake lenses and the compact design as well as the diopter adjustment from the HTC Vive Flow, which should make corrective glasses or contact lenses superfluous. For maximum viewing comfort, the distance between the lenses can be fine-tuned with an IPD slider.

HTC does not reveal the exact display resolution. According to Brad Lynch, it is 1,920 by 1,920 pixels per eye. HTC specifies a field of view of 110 degrees, and the refresh rate is supposed to be 90 hertz.

The video passthrough is supposed to reach a new quality level, showing the physical environment in color for the first time, unlike HTC Vive Focus 3 and HTC Vive Flow. Together with the depth sensor, Vive XR Elite is well-equipped for mixed reality applications.

Some examples of such XR applications, according to HTC, include moving game characters across living room furniture, real-time overlays on musical instruments like a piano for immersive learning, and overlaying virtual screens to extend the workspace.

Four cameras track the headset and controllers spatially. Two are installed on the front and two on the sides. Hand tracking is also supported.

A special feature of the Vive XR Elite is its modular design. The battery on the back can be removed, turning the headset into a lightweight headset reminiscent of the HTC Vive Flow and allowing for relaxed lying. Special temple attachments are supposed to provide the necessary ergonomics.

On the right side of the device is a USB-C port cable that can be connected to a power source: a powerbank, a PC or an airplane seat. 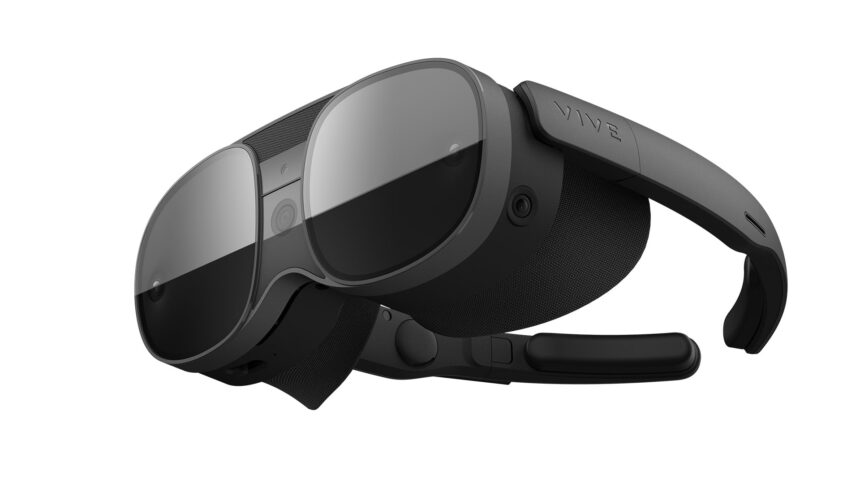 The headset weighs 625 grams with the battery on the back, which lasts for two hours. HTC does not specify how heavy it is without the battery. Convenient: The battery can be replaced during use and has a quick-charge function.

The back of the headset has a removable fabric padding that is connected to magnets so that it can be easily cleaned or replaced with a new one. Speakers integrated into the temples make external headphones obsolete.

Those who want to enjoy PC VR content can connect the Vive XR Elite to a PC via the USB-C cable or simply stream their content wirelessly. The headset supports Wi-Fi 6E. 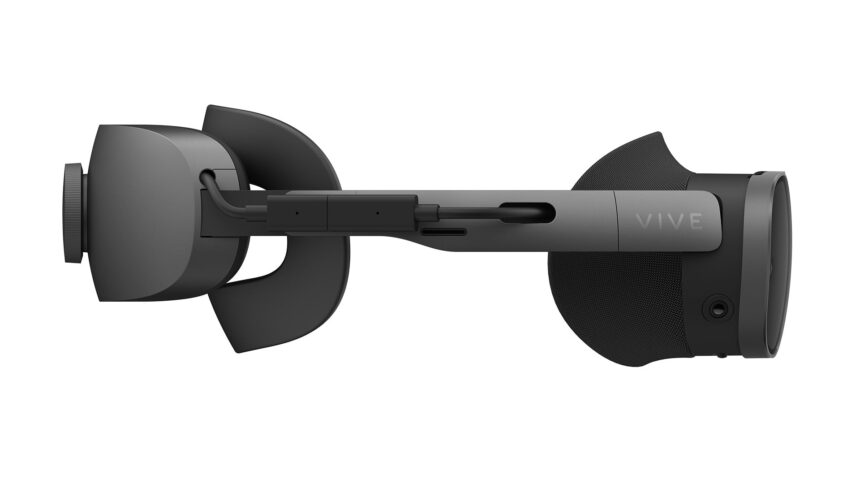 The USB-connection cable can be connected to a power bank | Image: HTC

Users can also wirelessly stream content from compatible Android smartphones to a virtual screen, similar to HTC Vive Flow. This includes services like Netflix and Disney+ or games like Fortnite.

Speaking of content: The Vive XR Elite ships with a number of native VR games already familiar from Meta Quest 2 and, more recently, Pico 4. These include:

The software lineup still has room to grow with circa 100 VR apps, and hopefully more titles will find their way onto HTC’s mobile VR platform over time. The great and unique game subscription Viveport Infinity seems to be limited to PC VR titles.

A high price for the targeted audience

Vive XR Elite is now available for pre-order worldwide via the official website and authorized retailers. The price is $1099 / 1,399 euros. Pre-orders are expected to start shipping at the end of February 2023.

Despite the high price: the new headset is explicitly marketed by HTC to consumers. A business version of the device for corporate customers will be presented at a later date.

The device is compatible with the Vive Wrist Tracker for better hand tracking. Modules for gaze and face tracking will hit the market later this year. 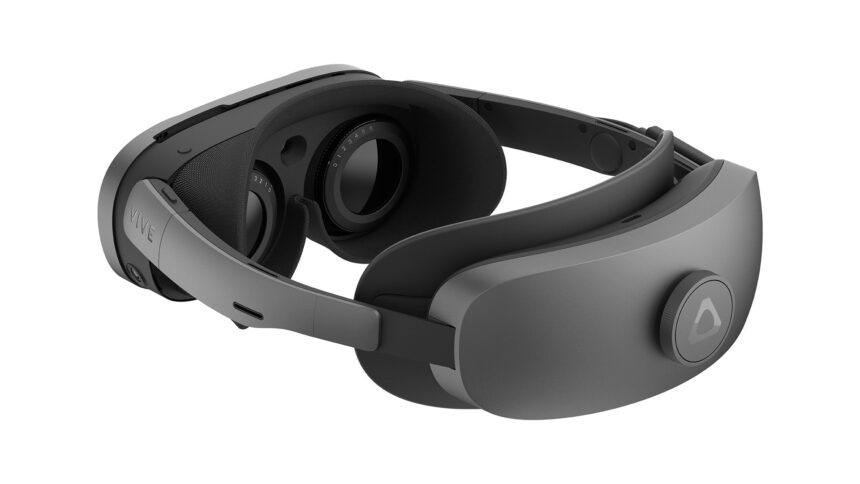 A look inside reveals the diopter setting above the pancake lenses. | Image: HTC

HTC might rather position the headset as a competitor to the Meta Quest Pro because at this price, the Vive XR Elite is interesting for enthusiasts, developers, and companies. Consumers will probably still lean towards the much cheaper Meta Quest 2 and Pico 4.