Microsoft Work Trend Index 2022: The Metaverse is for the next generation

In its Work Trend Index 2022, Microsoft looks at developments in the labor market and how we will work together in the future. Work in the metaverse is still a fringe phenomenon in this context, attracting interest from younger people in particular.

In the Work Trend Index 2022, Microsoft focuses on hybrid work after the Corona pandemic. The tech company continues to anticipate major changes in the labor market and how people define the role and value of work in their lives. The “great reshuffle” is far from over, the company writes.

Market research firm Edelman Data x Intelligence collected the data for the Work Trend Index between Jan. 7, 2022, and Feb. 16, 2022, among 31,102 full-time employees or self-employed workers in 31 markets. In each market, it surveyed at least 1,000 full-time employees. The results reflect the global average. 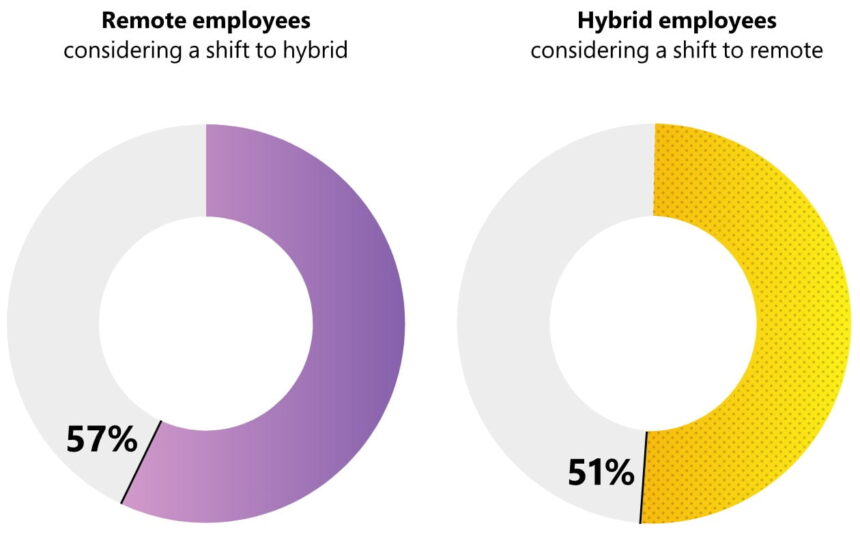 As a powerful telepresence technology, VR and AR could take on a larger role in the remote context in the future. Chiefly betting on this is Meta CEO Mark Zuckerberg, who believes it’s easier to transport bytes rather than atoms – that is, to render digital images of people into virtual spaces rather than physically transporting them by train, car, plane or hyperloop in a resource-intensive way.

Gen Z is most likely to be metaverse-friendly

The possible future of telepresence work in the metaverse is addressed only in passing by Microsoft in the Work Trend Index 2022. The argument is similar to what Zuckerberg has been preaching for years: Through avatars, people would have the opportunity to feel closeness in virtual space and interact with each other more naturally, comparable to reality, explains Microsoft researcher Mar Gonzalez Franco.

Microsoft’s own research shows that people are more active and present in an avatar meeting compared to an audio call, that they respond better to body language and that conversations feel more natural. 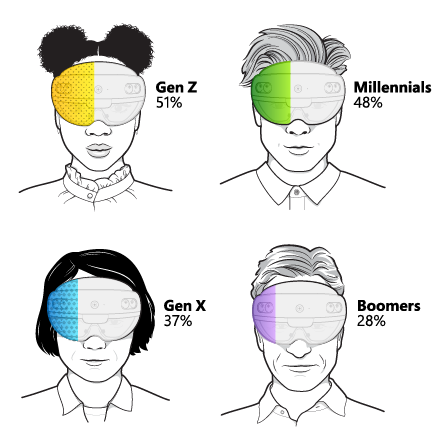 Many Millennials and individuals from Gen Z can envision doing some of their work in the Metaverse in the next two years. A good portion of respondents didn’t know what to do with the term or rejected the idea. | Image: Microsoft – Illustrations by Brown Bird Design

Microsoft announced a VR and AR update for Teams in November 2021 and is cooperating with Meta: Teams conferences can be streamed in Meta’s VR office Workrooms. With Mesh, Microsoft also offers a technical infrastructure that links VR, AR, and 3D and 2D content.

Microsoft founder and former CEO Bill Gates predicted in late 2021 that by the end of 2023 or 2024, “most virtual meetings” will take place in the Metaverse, which he defines as a 3D space with avatars.