Vuereal has secured $14.4 million in a Series B funding round. The MicroLED manufacturer also reports a  process breakthrough.

Back in March, Google acquired the start-up Raxium, a company also working on the construction of highly sophisticated VR and AR displays of this type. They could be used in Google’s Project Iris mixed reality glasses, which are rumored to be scheduled for release in 2024. Competitors such as Apple, Meta, and Snap made similar acquisitions, some of them quite some time ago.

Now the MicroLED specialist Vuereal also has news to report. The Ontario-based manufacturer closed an oversubscribed $14.4 million Series B investment round. (“Oversubscribed” means demand exceeded supply and not all potential backers were able to invest.)

Breakthrough in AR technology thanks to MicroLEDs?

The investment round is led by investment firm Cycle Capital, which, as an “impact investor,” sets goals in the area of sustainability, among other things. The energy efficiency of MicroLED technology could play a role here. It could also help achieve the compact form factor needed for augmented reality glasses.

There is some evidence that the technology could be used in transparent augmented reality glasses. TDK Ventures and North America’s largest glass manufacturer, Vitro, are among the investors. In the announcement, marketing and innovation manager Martin Bracamonte looks forward to MicroLED use in novel display products and sensors.

TDK Ventures’ investment director Tina Tosukhowong even calls the technology the “holy grail of the display industry.” She justifies this steep thesis with superior performance at low energy consumption. “(The) challenging assembly process has been the biggest limiting factor for many years. Vuereal’s microprinting solution is a real gamechanger,” said Tosukhowong. 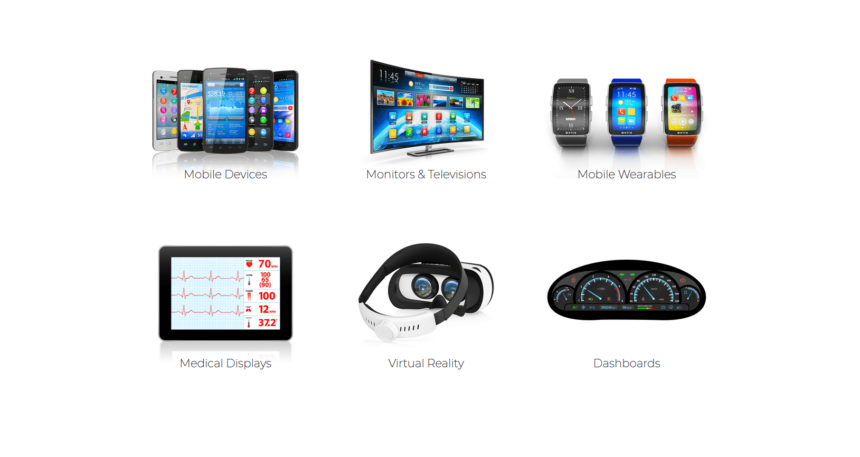 Vureal promises multiple uses for its displays – including in VR headsets. | Image: Vureal

Vuereal also explains in the announcement that the market for MicroLED displays has suffered from severe limitations. Until recently, it was only possible to manufacture small or expensive, large displays. In the AR space, there has also been a limitation to low resolution or a monochrome (i.e., single-color) image. The new in-house microprinting platform expands usage options, lowers costs, and increases production throughput.

Vuereal’s MicroLEDs can be used in many applications

Investors to date include electronics giants LG Electronics as well as Samsung Ventures. As recently as March, Samsung CEO Han Jong-hee confirmed a planned “Metaverse device” from Samsung. This could be a new pair of AR glasses or the result of a possible partnership with Microsoft on Hololens 3.

MicroLEDs are not the same as micro OLEDs. Micro OLEDS also have great potential for VR and AR, but are closer to mass production and could become the industry standard in the next few years.