Our weekly recap: No more Quest Pro leaks soon, we promise. HTC announces a new tech headset that is supposed to be even smaller than the Vive Flow.

So-called “doogfooding” is a common practice in companies in which employees are asked to use their own products in everyday life from the perspective of a consumer. This is intended to help them better understand the product, find and fix bugs faster, and develop a sense of user needs.

Dogfooding is also what Meta’s top management would like to see in proto-metaverse Horizon Worlds – but Metamates don’t really want it, according to an internal memo. The platform has been criticized both internally and externally. 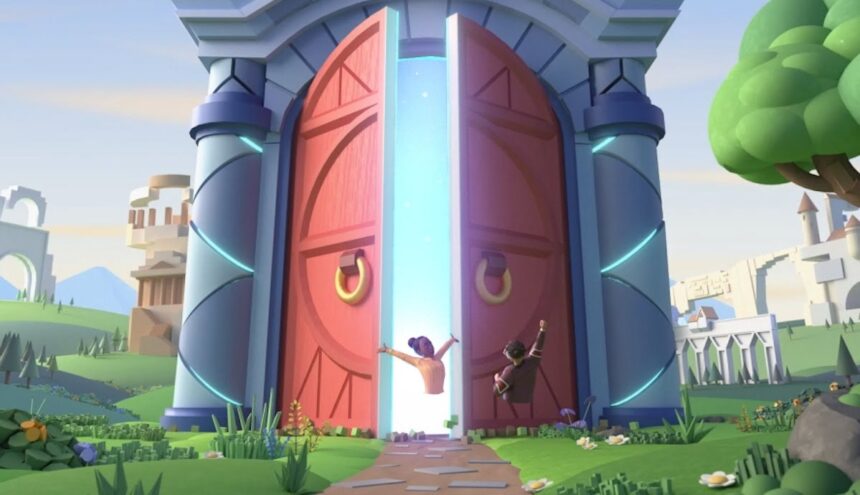 Enter, Metamates. What is stopping you? | Bild: Meta

In addition to the first official image of Quest Pro (see title image), a marketing video from an app developer has also been leaked, showing how Passthrough AR could shape a future office. The leaks should end soon, next week Quest Pro will finally be officially unveiled.

Oh, and Meta Quest 3 has also been leaked.

VR industry veteran HTC is once again betting on the future: After the compact VR headset Vive Flow failed to convince in its first attempt, an even slimmer tech headset is now to be launched. Apart from the form factor – small – no details are known yet.

The Chinese high-end VR manufacturer Pimax wants to make its mark in the standalone market and announces Crystal, a new VR headset that combines many pixels with a relatively old processor. But Crystal can also be run on a PC. Pimax Crystal is scheduled for release in November.

According to Bloomberg, Sony plans to produce two million PSVR2s by March 2023. A lot or a little? A lot, you might think on the one hand, because the old PSVR 1 only sold around five million units in several years and took eight months to reach the one million mark. Back then, the PS4 was already more widespread than the PS5 today and there was no economic crisis with high inflation. On the other hand, Sony will lower unit costs with higher production volumes.

A developer gives a glimpse of the VR future with generative AI with the image AI Stable Diffusion. He combines Stable Diffusion with a neural network for 3D prediction based on 2D images. He calls his result a “real-time immersive latent space”: a 3D environment designed in real-time by Stable Diffusion.