Meta is facing the biggest job cuts since the company was founded. Many employees fear for their jobs.

At the end of September 2022, Meta had 87,314 employees. Compared to the previous year, the number increased by 28 percent. Now there are signs of a turnaround in personnel policy. Over the next year, many teams at Meta are expected to stagnate or shrink. This could result in the largest job cuts in the company’s history.

Job cuts at Meta could begin this week

According to reports in the New York Times and the Wall Street Journal, Meta is planning massive job cuts in the coming year. The NYT anonymous sources say it is currently unclear how many employees will be let go and which departments will be affected. However, the job cuts are expected to begin as early as the end of this week.

The reason for the impending job cuts is likely to be the financial losses of recent months and the displeasure of many investors. Last quarter, Meta’s profits fell by 50 percent – its second consecutive revenue decline. In response, the company announced it would make significant changes across the board to operate more efficiently.

Existing teams were to be downsized and new employees were to be hired only in top-priority areas. According to CEO Mark Zuckerberg, teams should stay the same or shrink over the next year and be either the same size or even slightly smaller than today by the end of 2023.

Tough times for the Meta workforce

Zuckerberg announced tougher times for Meta employees back in July. At the time, the CEO told the workforce that the worst downturns in recent history were coming and that employees would have to adjust to doing more work with fewer resources.

Reuters reported cuts at Metas Reality Labs back in May. Chief technology officer Andrew Bosworth had internally ordered project cuts and a greater focus on hardware development. In July, a leaked memo announced serious times ahead. In it, Chief Product Officer Chris Cox called for more quality work in a slower-growth environment, according to The Verge. Teams should not expect a large influx of new talent and budgets.

The former Facebook company realigned itself last fall and is investing billions to build the Metaverse. This includes research into future technologies such as artificial intelligence, virtual reality and augmented reality. 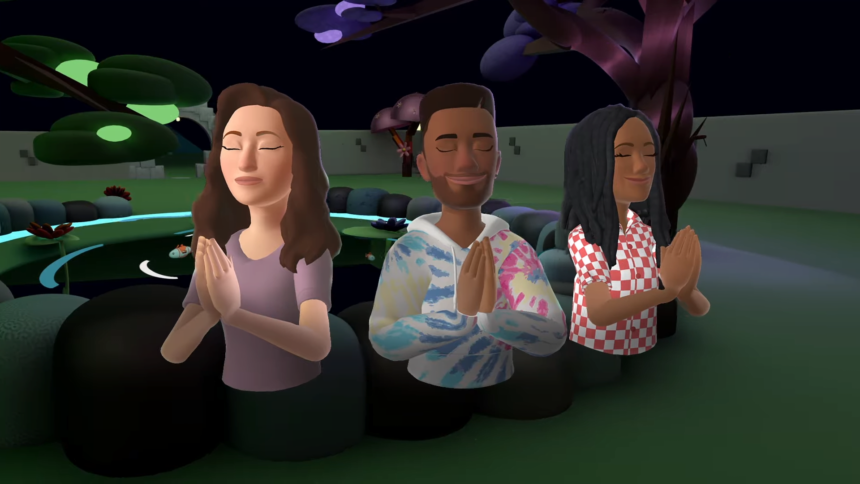 Meta is investing a lot of money in Metaverse applications like the social VR world Horizon Worlds| Image: Meta

The high spending on research is accompanied by a currently difficult global economic situation and a decline in the main source of revenue, the advertising business. According to the New York Times, many advertisers have cut back their spending on social media platforms.

Apple’s new privacy strategy is also giving Meta a hard time. Since iOS 14.5, iPhone users can prohibit apps like Facebook from collecting personal data. This makes it much more difficult to target users with mobile advertising.