Bugs and interface issues are common on Meta Quest 2, affecting the user experience and giving rise to frustration.


Meta invested more than $10 billion in research and development of virtual reality and augmented reality last year. That’s according to the latest quarterly figures.

I realize that the lion’s share of this sum is being invested in technologies that won’t find their way into products for years. But it’s just as important to screen current devices for problems and pay attention in quality control. After all, today’s products lay the foundation for the future.

For Meta Quest 2, twelve updates have appeared since the beginning of 2021. As their innovations are gradually rolled out and unlocked, users have received new features on a weekly basis at times. That’s impressive.

Here and there, however, errors creep in that are annoying over time. Especially when Meta seems to ignore them.

Meta simply does not want to fix this flaw

The prime example is the sorting function of the app overview. When you open the app library, all apps are displayed, even those that you have not installed.

This leads to confusion and makes it difficult to find relevant apps right away. It is good that you can manually switch to a different sorting. However, the software does not remember this and always reverses this step.

Since this annoying design has lasted forever and still persists despite repeated appeals from users, the suspicion arises that Meta deliberately does nothing about it. For what reasons is a mystery to me. 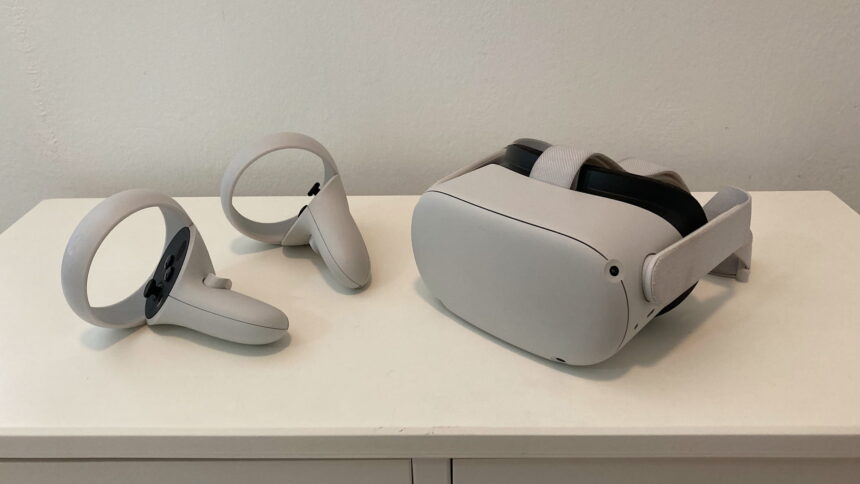 The fate of Meta Quest 2: In an excellent product, minor inconsistencies are all the more noticeable.| Image: MIXED

I have a similar problem with the passthrough mode, which I use as often as possible. The fact that I can perceive my surroundings makes using the Meta Quest 2 safer and more comfortable. It’s just stupid that the VR headset keeps switching off the passthrough mode on its own. When and why I do not know.

Meta Quest 2 has an issue with memory loss. A new, very welcome feature allows windows to be displayed in a miniaturized tablet view instead of on a large screen, which is easy on the eyes. But again, the VR headset has trouble remembering this setting.

Also annoying: for whatever reason, I can now only take screenshots via the universal menu, which takes three clicks and another five seconds for a single image. The immensely handy keyboard shortcut stopped working a few months ago, and I have no idea why.

Sure, that’s grumbling at a high level. On the other hand, these are fundamental interface problems that, if they accumulate, can lead to frustration and users preferring to turn on the TV or read a book instead of putting on the headset.

User feedback: It’s not easy to be heard

Most VR users vent their anger on Reddit. It is not guaranteed that the developers in charge will see these posts.

Currently, there is only one way to possibly be heard: You can complain in the official Oculus forum or post ideas for improvements there. The contributions of the former user feedback platform UserVoice were recently transferred to the aforementioned forum.

Many people like to keep work separate from their social media, but it would be useful to curate a list of Meta VR folks that are happy to field issues directly from users on Twitter. Reply here if that fits you, and tell everyone what you work on!

Thanks to a Twitter initiative by John Carmack, it is also possible to get in touch with responsible Meta developers. They have responded to his call under his tweet.