So far, Les Mills has offered its Bodycombat classes at many licensed studios as well as online. The “comprehensive” Quest 2 app is intended to provide a similar experience with VR headsets. Compared to the original, the combat-heavy workout features new boxing punches and knee attacks, among other things.

Whether the result can compete with the best fitness games for Meta Quest (2) remains to be seen. According to Odders, the 30 workout sessions at least offer a “scientifically based” program that is aimed at beginners and advanced players. 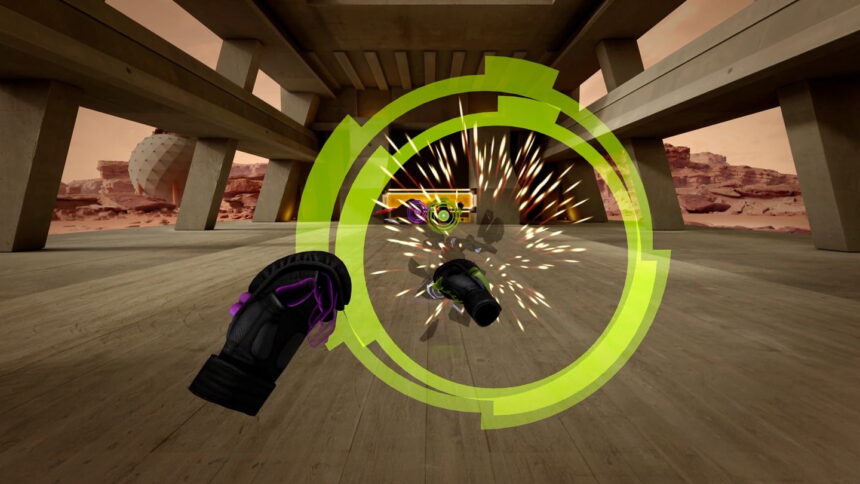 According to the Oculus Store, the app will be released “soon” for the Meta Quest 2. The exact date and price are not yet known. Although developer Odders has already gained some experience with the sports game OhShape, the new title will no longer support the first model of the (Oculus) Quest – the VR game will be released exclusively for Quest 2.

Obstacles and flowing lines are woven in between the volleys of punches. Synth Riders and OhShape send their regards! Coaches Dan Cohen and Rachael Newsham fire up the exercisers.

Although only single-player support is mentioned in the store, transparent teammates can already be seen in the trailer, which could appear as recorded “ghosts” similar to FitXR. In the video, the punching directions already look quite a bit more varied than in FitXR’s standard mode.

In addition, the first screenshots already suggest that some variations and statistics will be offered. Electro artists like Noam Dee or Fas Fash provide the musical incentive. The five “dream-like” environments are reminiscent of the typical mix of other fitness games – from the open studio to the obligatory neon city and floating fantasy islands. More backdrops are to follow.