Magic Leap 2 has tracking built into the controller

Magic Leap is preparing its second pair of AR glasses for market launch. A photo reveals a new detail about controller tracking – and a technical innovation.


The controller tracking of the first Magic Leap glasses relied on a magnetic system, and was sometimes lacking in terms of precision and reliability. With the second pair of glasses, Magic Leap 2 improves in two ways.

It was already known that Magic Leap 2 will rely on optical tracking of the controllers, similar to Quest 2. This means that cameras integrated into the headset will recognize the controllers and track their movements in space.

This works well with other XR glasses, but not perfectly: If the controllers are moved too close to each other or to the glasses, or if they simply disappear from the field of vision of the cameras, the tracking can stop.

A recent picture of the Magic Leap 2 controller shows that Magic Leap has embedded two cameras on the left and right side of the controller. It is very likely that the cameras will also take over tracking tasks. 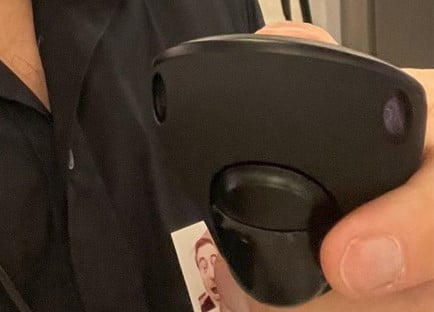 The tracking cameras in the Magic Leap 2 controller. | Image: Peter Diamandis via Twitter

The above-mentioned problems of purely headset-based camera tracking could be solved by Magic Leap with the controller cameras: Via the cameras, controllers could locate each other or, for example, behind their backs. Magic Leap 2 will probably only be delivered with one controller by default.

In addition to the higher quality tracking, direct controller tracking could have other advantages. Possibly more computing power is available for other tasks if the controller controls the computer vision tasks for tracking locally.

A combined approach of hand tracking via glasses and controller tracking via the controller directly could also be an option. The controller itself is slimmer, since it does without the visually striking tracking ring that is captured by the headset’s cameras in conventional LED tracking. 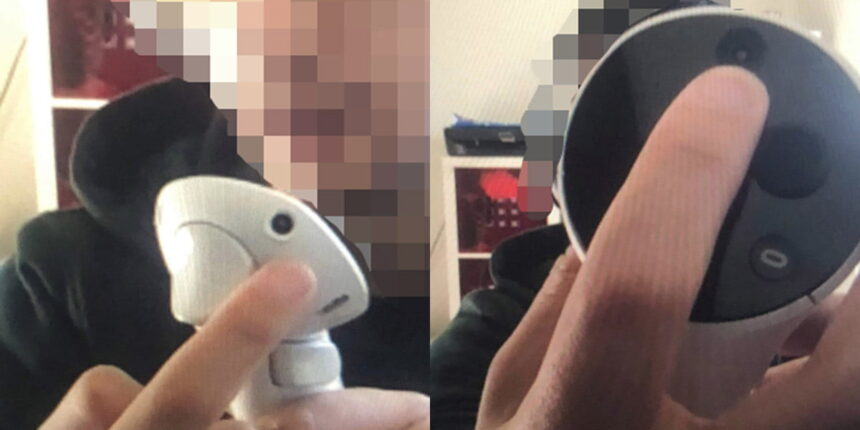 Meta’s next VR headset, Cambria, could also come with tracking cameras in the controller. This is suggested by image leaks from late 2021. How exactly the cameras work is not known. | Image: Reddit / tx_brandon

Of course, potential drawbacks exist: The controllers are likely to be heavier, they would probably need to be charged more often, and – like the headset – they would need a well-lit environment for reliable tracking if infrared is not used.

In addition, controllers and the glasses would need to be able to synchronize and locate with each other in space, even if they each track independently – which could add additional computational overhead or complexity to development.