Volkswagen Group is reportedly negotiating with Huawei. What makes the Chinese tech giant’s smart car division so interesting for VW?


According to several media reports, German carmaker Volkswagen and Chinese tech and telecommunications giant Huawei are currently in negotiations. According to the report, the automaker is interested in Huawei’s autonomous driving division. Why?

Huawei: From smartphone to smart car

Almost overnight, the former market leader Huawei plummeted into insignificance on the smartphone market after the Google blockade and the sanctions by the Trump administration. In Western regions, Huawei smartphones hardly play a role anymore and have long since been overtaken by competitors like Xiaomi.

For Huawei, smartphones have always been just one pillar of many, and other market segments moved into focus at the latest with the smartphone crash. In addition to the global expansion of 5G networks, Huawei identified the automotive industry in particular as a lucrative future market. The shift from combustion engines to electric motors and the increasing demand for smart technologies in vehicles came just in time.

Last spring, Huawei announced billions in investments in e-cars. The company’s own research was to produce technologies for autonomous driving and vehicle components for electrically powered vehicles, it said. The new competitors are called Tesla and Nio instead of Samsung and Apple.

However, Huawei announced early on that it would not build its own cars and entered into collaborations with automotive companies. The company sees itself more as the “Bosch of China” and wants to take on a supplier role for automakers. Huawei’s plans for autonomous driving include smart roads in addition to a level 4 autonomous driving system on the SAE standard complete with 4D imaging radar.

Smart Car & Smart City: Everything from a single source

Huawei’s Smart City concept is designed to prepare major cities for self-driving vehicles. Sensors, cameras, and radars are installed in traffic lights, traffic signs, or directly on the road. They collect large amounts of data and transmit it to a traffic control network.

Traffic light switching or road utilization can be transmitted directly to the vehicles, making traffic in inner cities more fluid. The “Connected Car” system is to be used in public transportation and private smart cars. Of course, the resulting data volumes also have to be transported – and who supplies the necessary 5G technology? That’s right, Huawei.

For Volkswagen, which has itself been investing in autonomous driving for years and plans to launch a VW robo-taxi service in Germany soon with Argo AI, Huawei would therefore be a “perfect match.” The entire smart technology, autonomous driving system, and smart city structures would come from a single source. VW would “only” have to supply the matching e-cars.

Allegedly, according to internal sources, VW is bidding a billion-dollar amount in the low single-digit range for the takeover, while Huawei sees the value more in the upper single-digit billion range. Only one question remains unanswered – why would Huawei want to sell a division that the group itself sees as the future of its own company? 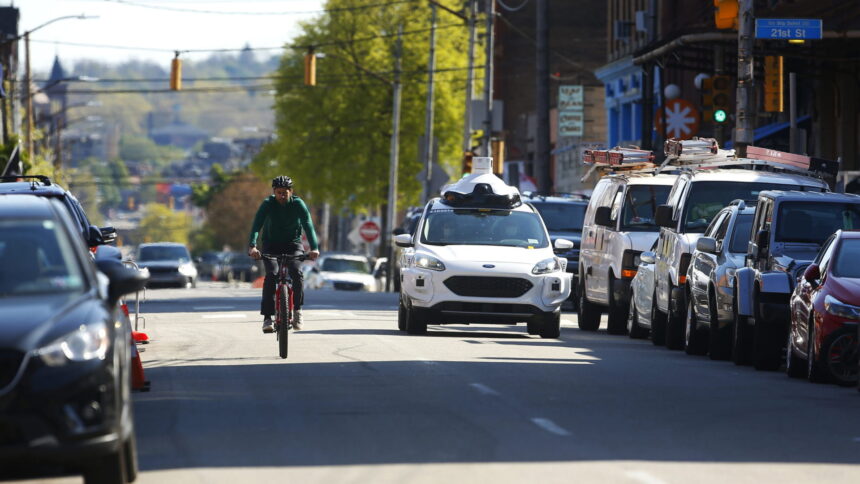 A close partnership, such as that between Bosch and VW to jointly develop partially and highly automated driving functions (SAE levels 2 and 3), seems more desirable for both sides.

VW would have to worry less about developing a stable autonomous driving system, and Huawei would have a competent and traditional automaker on its side. Wouldn’t that be much more of a “perfect match”?