How meta might sell you sneakers in the Metaverse

In the metaverse, shopping systems and advertisements overlap and individualization increases. Meta could open up new and larger revenue streams – especially if the company increasingly integrates the digital into reality via AR.


A patent approved in 2019, “Determining the Appearance of Objects in a Virtual World Based on Object Appearance Sponsorship,” from Meta describes an advertising system that shows you product designs tailored to your preference in a virtual store.

In plain language, this means: You wander together with your Metaverse friends into a virtual store whose structure is the same for everyone. But: You see different products, according to your individual preferences.

The online system envisioned by Meta receives ” sponsorship requests for sponsoring appearances of one or more objects in the virtual world”. According to the patent, the system then selects an appearance for the virtual object that “matches the characteristics of the user” from the advertising data provided and displays it.

This is basically Meta’s – or Google’s – auction-based web advertising model applied to a virtual world: There is a fixed space for an ad on a website or in an app, which the highest bidding company is allowed to fill with advertising. 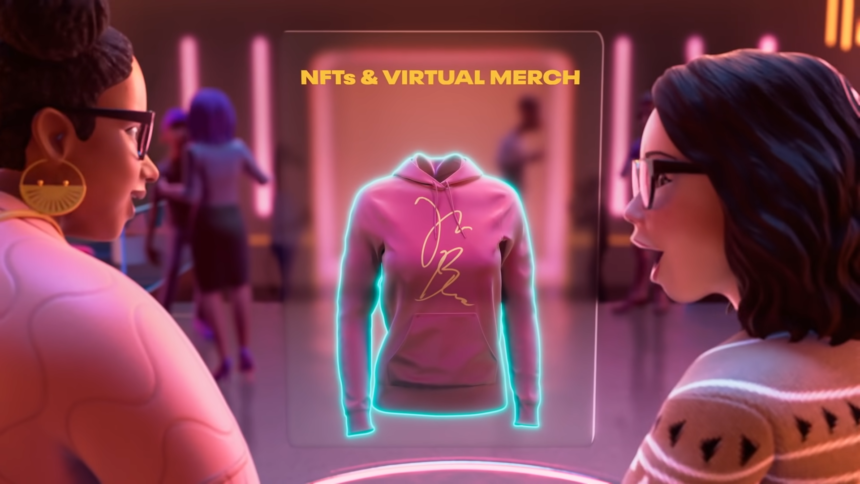 What is interesting for Meta is that – in the case of a self-managed Metaverse environment – it could simultaneously charge fees for the transaction in addition to the advertising fees, should the user decide to buy. Amazon’s Marketplace strategy could serve as a model here. If a real good is also attached to the digital good – for example, sneakers that are delivered for the avatar and in reality – the revenue potential increases even further.

Now imagine that the sneaker wouldn’t even have to be produced in real life, but instead, digital use would be transferred into reality via augmented reality. People could wear customized “placeholder sneakers” from the 3D printer, onto which the favored design is projected via AR glasses.

This could trigger new fashion trends, would probably be more resource-efficient, and is likely to appeal in particular to upcoming generations who identify at least as strongly with their digital identity as they do with their real existence.

“It’s an interesting thought experiment to walk around for a day and think to yourself, how many things in my life don’t even need to physically exist and could easily be replaced by a digital hologram in a world with a pair of [Tech-] glasses,” Meta-Che Mark Zuckerberg said last summer. “That’s part of the Metaverse vision, that we have a lot of digital goods like digital clothing, among other things.”

The VR store advertising system described above could also be extended to real stores with augmented reality: People enter a physical store and are presented with digital goods.

However, in such an advanced sci-fi scenario, the physical store may simply be obsolete in many cases. And there are countless question marks with this example: the necessary technology does not exist, and whether these concepts will meet with acceptance even among young people is not foreseeable.

Ultimately, individual digital worlds integrated into the shared reality would massively change and possibly divide social interaction. What do the people who don’t want to participate see in mixed reality – a dull reality like the one Keiichi Matsuda visualized?

Perhaps Zuckerberg is launching with a focus on virtual reality precisely because of this complexity. There, the variety of environments is manageable and controllable. Corresponding concepts and systems can thus be tested and established more easily, users can be accustomed to them and integrated into the ecosystem – before the further expansion of the metaverse into reality is then technically possible and socially enforceable.

More about the metaverse: