Second Life: Off to the Metaverse – Founder wants to have another go

Second-life inventor Philip Rosedale is returning to his roots. With him and in the wake of the Metaverse hype, Second Life is set to pick up steam again.

Second Life is often called a flop. Wrongly so, if you look at the numbers: According to Brett Linden, head of marketing at the development studio Linden Lab, the Metaverse pioneer has more than 70 million registered users. According to current statistics, tens of thousands of them are still active every month.

According to Linden Lab, Second Life, in its 19th year since go-live, has just had “one of its strongest years ever.” The company speaks of “a growing user base and a booming economy that has an annual GDP of $650 million with 345 million transactions of virtual goods, properties, and services.”

Off to the Metaverse: All good things come in threes?

The fact that Second Life is often considered a failure is probably due to overly ambitious expectations. When the Second Life craze reached its peak around 2007, co-inventor Philip Rosedale, among others, was already proclaiming the metaverse age: “The 3D Web will quickly become established and everyone will have an avatar,” Rosedale said at the time.

Today we know that things turned out differently: Second Life still exists, but our everyday lives are dominated by easy-to-use social media services on our smartphones. It’s all about videos, photos, short messages – not encounters between avatars in an expansive digital parallel world. 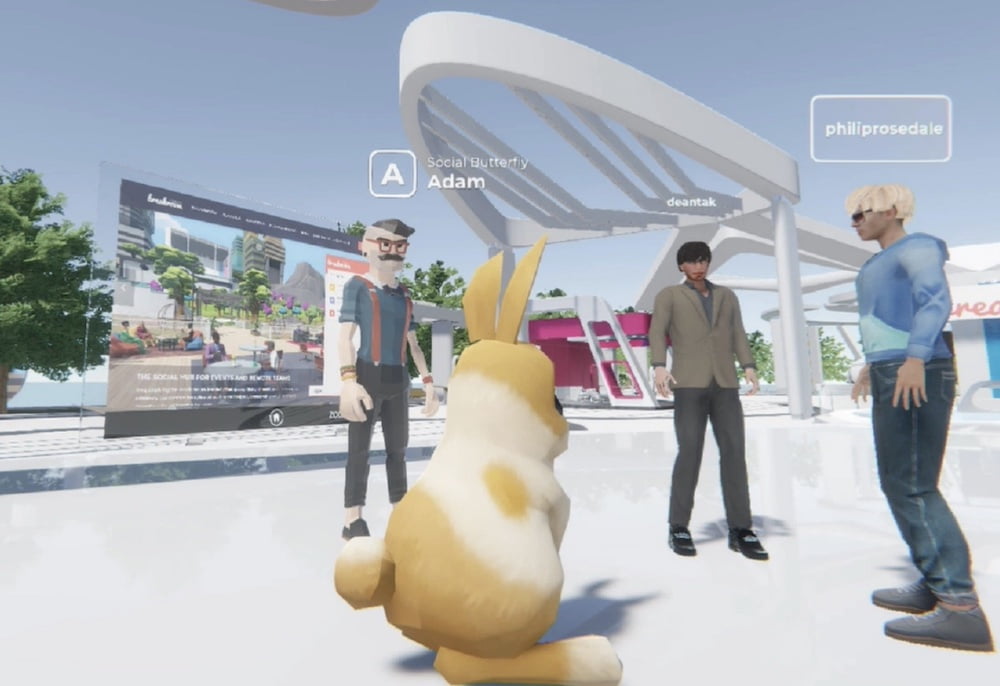 High Fidelity was supposed to be a 3D VR version of Second Life – but failed because of immature VR technology, according to Rosedale. | Image: High Fidelity

In the wake of the VR hype, Rosedale launched a second Metaverse attempt in 2013, following his retreat from Linden Lab. But his virtual reality platform, High Fidelity, failed colossally despite millions in investment. For Rosedale, the clunky, immature VR goggles were particularly to blame for this misery. Linden Lab’s own VR world, Sansar, was also unsuccessful.

Now, in a surprise move, Rosedale is announcing that he’s returning to Linden Lab – for a second life with Second Life. At his old studio, he wants to act as a strategic advisor and help it expand in the wake of the Metaverse hype.

Bradford Oberwager, chairman of Second Life parent company Linden Research, wants to give Second Life a new lease on life with the help of Rosedale. Upcoming upgrades to the digital world should focus on social and economic components. Second Life is expected to grow again.

Rosedale cites what he sees as the critical advertising business model of corporations such as Meta, which is expected to prove even more damaging in the Metaverse context, as the motivation for his return. “I think there’s a real existential risk from the way it’s being implemented,” Rosedale tells the Wall Street Journal.

“No one has come close to building a virtual world like Second Life,” says Rosedale in a prepared statement. “Big Tech giving away VR headsets and building a metaverse on their ad-driven, behavior-modification platforms isn’t going to create a magical, single digital utopia for everyone.”

Second Life, on the other hand, is a “positive, enriching experience for its inhabitants,” has room for millions more users, and has a “thriving subscription business”, according to Rosedale. “Virtual worlds don’t have to be dystopias,”, he says.

In addition to his wealth of experience, he brings a small group of developers, several patents, and an unspecified financial stake through his own company, High Fidelity.

It is unlikely that Rosedale, like Meta, will focus more on virtual reality in Second Life. In early December 2021, he was still critical of Meta’s Metaverse plans and VR technology in general: “People prefer not to walk around as cartoon avatars all day with VR headsets on,” Rosedale said.