How bad is the video passthrough on the Quest Pro?

That the Meta Quest Pro’s passthrough is bad is common knowledge. Now we know exactly how bad.

Industry veteran and display expert Karl Guttag put the Meta Quest Pro’s video passthrough to the test. For more than a month, he took photos and videos to capture a wide variety of visual aspects. Guttag published the first extensive part of his analysis on his blog KGonTech – and his conclusions are devastating.

Guttag captured the various images and videos with a Canon R5 through the left lens of the VR headset. He contrasts these with conventional footage from the professional camera, which is reportedly quite close to human vision. Subjected to a vision test, users of a Quest Pro are almost blind or severely visually impaired while using passthrough. 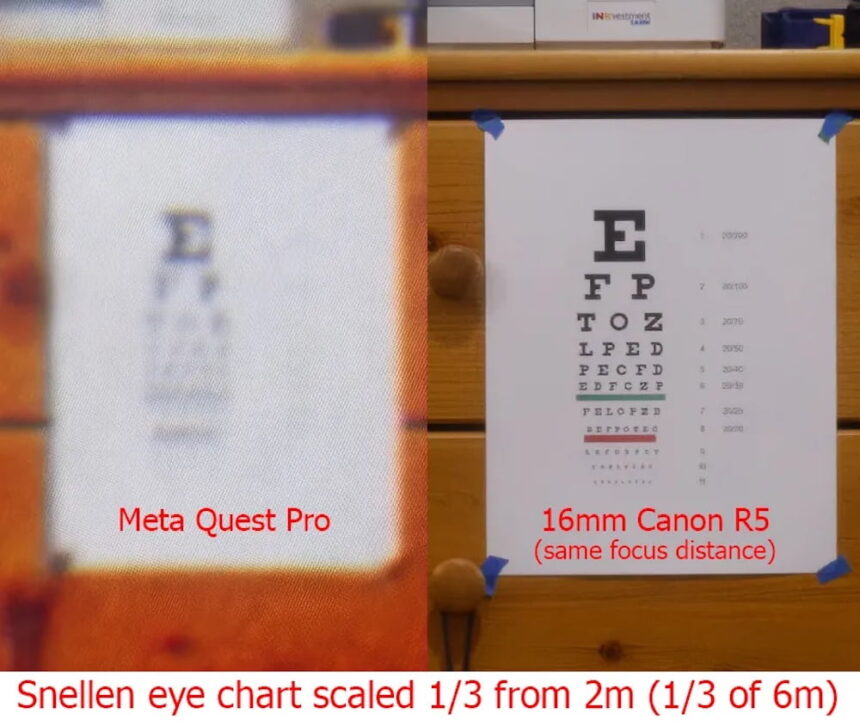 Video passthrough: “Not safe and good enough for mixed reality”

While the passthrough is a big improvement over Meta Quest 2 (review), it’s nowhere near good enough for a proper mixed reality device, Guttag writes in his conclusion. The passthrough view is so bad that he wonders why the Meta Quest Pro (review) is advertised for applications like work and productivity. Guttag says the device will hardly ever be safer to use than VR, even pending significant software updates. 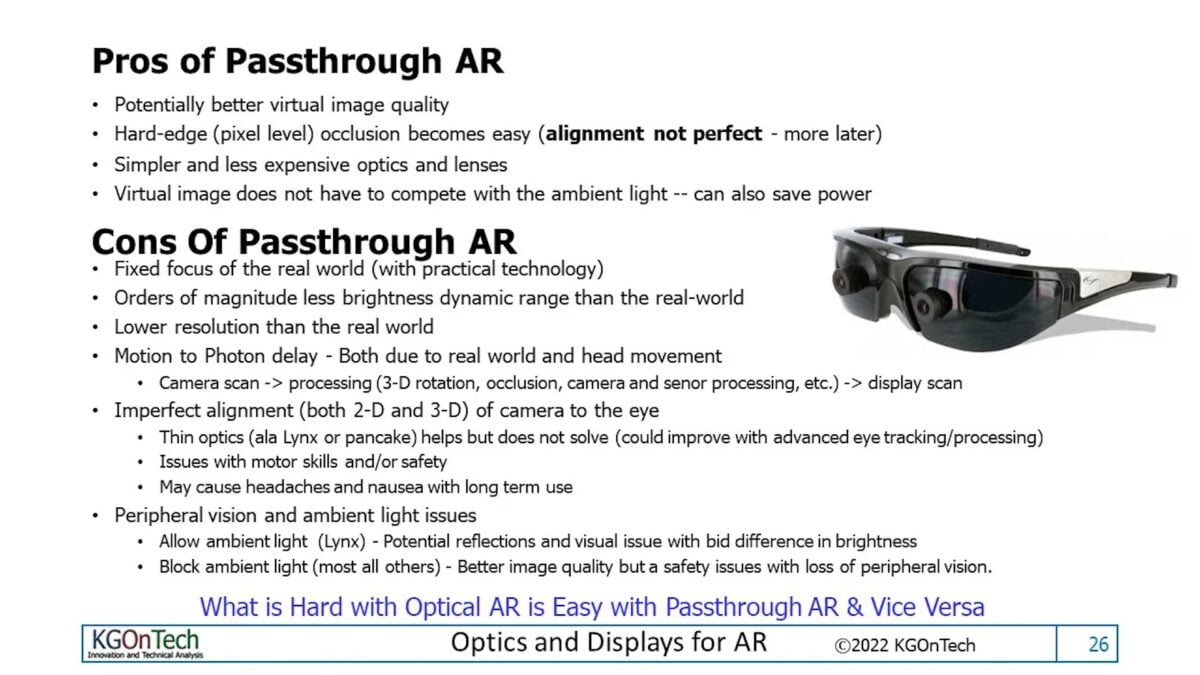 Advantages and disadvantages of passthrough technology compared to AR headsets with transparent optics, such as Hololens 2 and Magic Leap 2. | Image: Karl Guttag (KGonTech)

One could counter the display expert that passthrough technology is still relatively new. Or, the attempt to accurately reconstruct the environment using cameras and AI algorithms is relatively new. Devices like the Varjo XR-3 (review), Meta Quest Pro, and Lynx-R1 (info) are the first steps in this direction and by no means their completion.

For $1,500 you should expect a device that can read text from a smartphone or screen. Meta Quest Pro can only do that to a limited extent.

Guttag talked about the pros and cons of video passthrough in detail with Youtuber Brad Lynch last summer (see video below). Natural video rendering of the environment includes more than resolution, contrast, color fidelity, and image sharpness. There are even more difficult technical issues to solve, such as progressive vision and distortion.

At the recent Siggraph conference, Meta presented a paper in which researchers shed light on the various challenges and presented a solution for artificial vision synthesis. However, convincing passthrough is still a long way off, especially in the self-sufficient form factor, the researchers conclude.