343 Industries considered developing a VR game in the Halo universe. The project did not make it past the concept phase.


The abandoned venture was brought to the attention of video game leaker Rebs Gaming last week.

Halo Infinite Virtual Reality project called Reverie that 343 considered creating in 2017 but didn’t due to hard challenges with VR and limited VR users. However there were a few companies 343 interviewed that had an extreme amount of promise. By Dan Chosich. #Halo #Xbox pic.twitter.com/L8Zy82SGn5

On his web presence, the concepts and images are available in high resolution. Chosich also comments on the project there, saying that the uploaded illustrations are meant to express the thoughts and challenges the team was trying to solve.

“Turns out, especially in 2017, there were a lot of hard challenges to overcome with VR. Most prominently the fact that it was only available to a small subset of people,” Chosich writes.

The biggest problem for him, he says, was that people couldn’t move freely in VR. Five years ago, many VR games still relied on teleportation, tricks to avoid motion sickness were still in development, and fluid locomotion was rare in VR games. 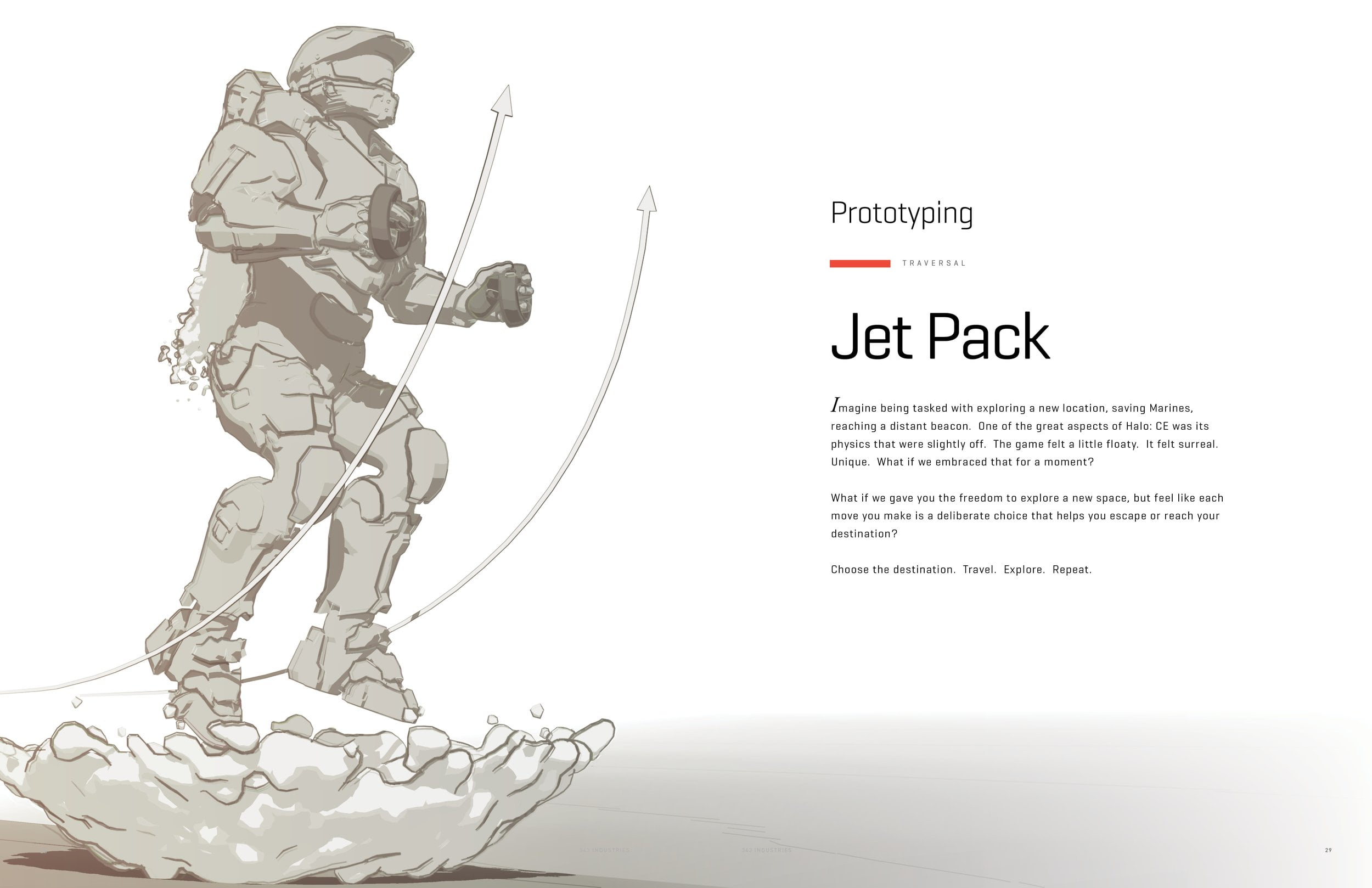 This is how jet pack locomotion should have worked. | Image: Dan Chosich

The team designed a number of sometimes odd solutions to the problem of locomotion, including jetpack jumps from place to place and a head nod that triggers forward motion.

The team also had conversations with companies (apparently VR studios) that “showed an extreme amount of promise,” he said.

Other concepts outline the design philosophy behind Halo VR: the team wanted to capitalize on the medium’s strengths, focusing on the relationship between the protagonist and Cortana.

“Utilize the power of VR to strengthen the emotional connection between Chief and Cortana. Make the player intimately realize how and why they need each other,” reads the subsequently published design document.

In the end, only the equally short and miserable VR demo Halo: Recruit made it to the public.

Developer, Halo fan, and VR modder Zack Fannon aka “Nibre” later made it his mission to port the Halo games for virtual reality. The project was put on hold after 343 Industries hired Fannon.

Could the studio be working on VR ports of the Halo games? Statements by Xbox boss Phil Spencer rather suggest the opposite.