Google had an Oculus Quest killer, but gave up too soon

Google reportedly developed a standalone VR goggle similar to Oculus/Meta Quest before Facebook, but the project has been shelved.

While Meta is celebrating success in VR with Quest 2, Google gave up on its own VR hardware years ago. In 2019, the company stopped selling the smartphone VR glasses Daydream View and with the end of software support from Android, the end of Google’s Daydream VR platform was sealed in 2020.

Google’s VR and AR boss Clay Bavor made it clear after the Daydream exit that the company wanted to focus more on software and services. When it comes to hardware, he said the company will go back to the drawing board and work on the building blocks that can eventually be turned into interesting hardware.

In 2020, a report by The Information gave insight into Google’s VR and AR internals at the time. According to the report, Apple took the company completely by surprise in 2017, causing Google to shift its priorities from virtual reality to augmented reality overnight. 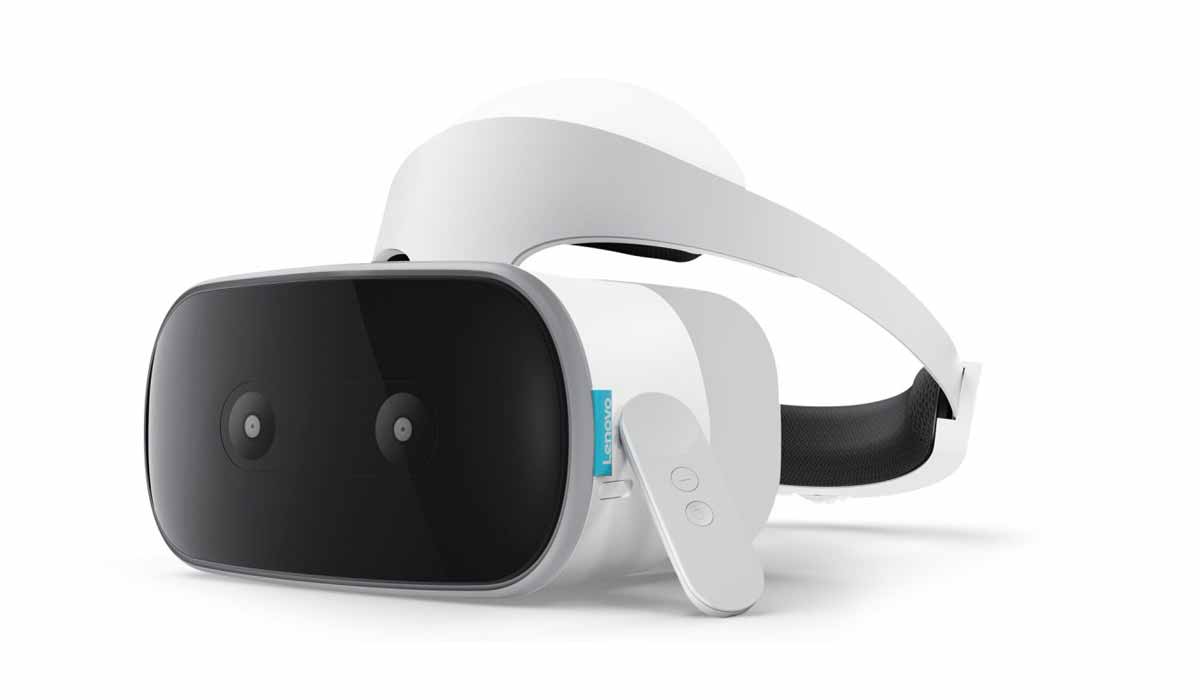 The Lenovo Mirage Solo offered spatial tracking for the head but not the hands. The VR experience suffered as a result. | Image: Lenovo

In spring 2018, Google started its latest VR hardware initiative. That’s when it launched the Lenovo Mirage Solo, a standalone VR goggle that Google co-developed with the Chinese manufacturer and that relied on Google’s Daydream VR platform. The lack of spatially sensed controllers prevented the device from being a success, and by the time Facebook launched the Oculus Quest a year later, it was too late.

Quest competition was in development

According to a report by industry leaker Alex Heath, Google has recently been working on VR hardware again: Project Iris is a VR headset with video-based AR mode.

Meta is launching Cambria, a device based on the same design principle, this year, and Apple could also reportedly introduce its first video AR headset in 2022, which has been in development for years. Google is apparently once again under pressure to react to the competition’s plans and develop its own solution.

In the podcast of the tech magazine The Verge (starting at circa 37:00), Heath reveals what else he learned from sources close to the company. According to this, Clay Bavor’s Daydream team had developed a Quest-like VR goggle years ago – before the Oculus Quest was even announced.

“I don’t mean the headset, where you put your phone, but wireless standalone VR. They had a really good prototype, but never shipped it because they got distracted by ARKit,” Heath says in the podcast.

Google lacks staying power when it comes to VR and AR

Google’s 2020 report provides a possible clue about the project. It says that Bavor’s team has begun developing a premium VR headset codenamed Dawn. Could this have been the autonomous VR glasses whose development fell by the wayside after the strategic realignment of the division?

Ironically, for Oculus Quest and its successor, the Meta Quest 2, Facebook is relying on a modified version of Google’s Android operating system as well as chips designed for Android smartphones. Google would thus have had all the important building blocks for a Quest competition.

However, it apparently lacked the will to push the project with all the necessary consistency and to bring a product to market. Google would have had to invest heavily in content for sustained VR success, which does not suit the company.

It’s possible that parts of the research and development of these VR glasses are now going into Project Iris to benefit the video AR headset. According to Heath’s sources, the project is still in the early stages and the release date is set for 2024.

The journalist himself says that he approaches the project with a “healthy dose of skepticism”. The reason is obvious: Google is not exactly known for its staying power regarding VR and AR. Google’s big VR graveyard can sing entire symphonies of that.