Google’s experimental 3D phone chat Starline is to become a product – and even relatively soon. Magic Leap’s head of technology is strengthening Google’s Starline team for this purpose.

With Starline, Google wants to revolutionize telepresence calls – without tech glasses. The video callers are scanned in 3D from the front in a kind of telephone booth and displayed as a volumetric image on a new type of light field display.

The result is said to be comparable to a conversation held through a windowpane: as if you were standing face to face.

According to Google, Starline callers use many more hand gestures, nod more frequently and move their eyebrows more compared to traditional video chat. They are also said to remember details from conversations better.

Google first unveiled the Starline prototype at its developer conference, I/O, in May 2021. The device is currently being tested internally and with selected companies. Initial application reports sound promising. 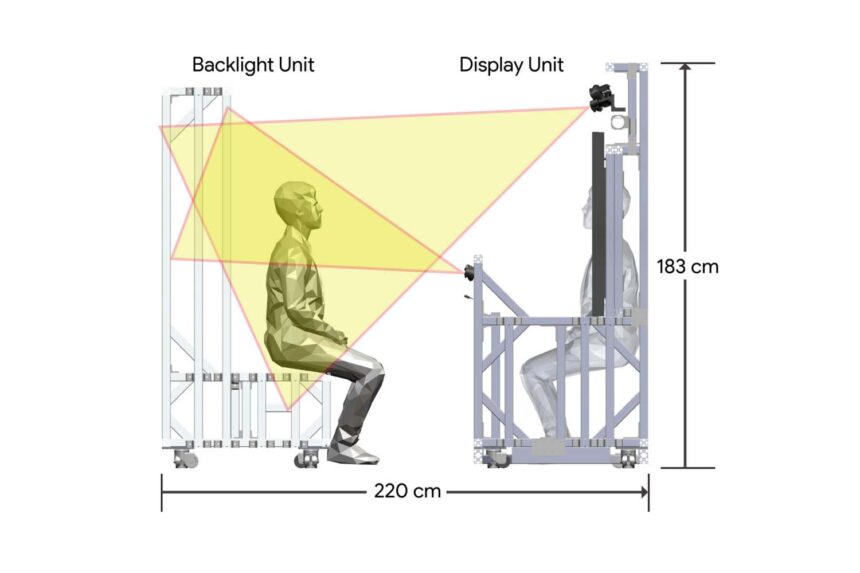 The Starline cameras use two units to capture the face and torso for the most comprehensive 3D image possible. | Image: Google

But Google is not daunted by this complexity: according to a report, the company wants to bring Starline to market maturity by 2024. But before that, the technology must become significantly more compact and less expensive.

Alex Heath of The Verge, citing internal sources, reports that Google is focused on making Starline more affordable. The current prototype costs several $10,000, he said. In addition, the pilot program is to be expanded internally and externally with some Fortune 500 companies.

According to Heath’s sources, Starline is expected to launch in 2024, along with Project Iris AR glasses. However, with both products, there is a possibility that Google will miss this target.

Google is also bringing Paul Greco on board for the Starline team. Greco has worked at Magic Leap for the past nine years, serving as chief technology officer there since October 2020. Greco is likely to have experience with where the stumbling blocks are in turning clunky, expensive prototypes into sleek consumer devices.