A Panasonic folding controller makes it easier to reach for the keyboard or drinking cups.

Panasonic subsidiary “Shiftall” is once again showing its willingness to experiment. At CES 2023, the company presents the super-light PC VR headset MeganeX and the wireless solution for full-body tracking HaritoraX Wireless (see below). Quirky gadgets like Mutalk are also on display. This is a Bluetooth microphone in a mask that is worn over the mouth and suppresses speech noise. It looks interesting. 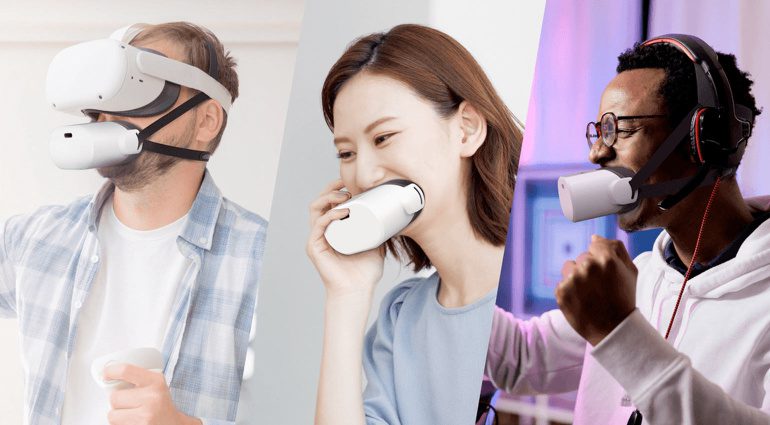 What would your partner, family or friends say about a Mutalk in your face? | Bild: Shiftall

The most appealing piece is a convertible VR controller for SteamVR’s Lighthouse tracking. FlipVR has ordinary analog sticks and buttons, like many other controllers for VR headsets. However, the highlight is its transformability. By moving the wrist, the controls of FlipVR can be transferred to the back of the hand in a flash.

Switch from hands-free operation to VR controller and back again

On the back of the hand, the controllers are no longer in the way when the user wants to quickly operate the keyboard or pick up a drink in between.

Shiftall shows a DJ spinning real records in between as a use case. VR DJs, as in the social app VRChat, could seamlessly incorporate vinyl tracks into a digital set.

Transforming back into a controller also works literally in the blink of an eye. Controls include a total of four buttons, two system buttons, two analog sticks, two triggers, a grip button, and touch sensors on the buttons, sticks, and triggers.

Since the controllers are firmly attached to the hands via Velcro, VR apps can always continue to detect the position of the wrists and reproduce it in VR, even if gamers pick something up in the real world. You can see the controller and other accessories in the video below.

Transformable/adjustable @shiftall_global VR controller at CES 2023, no problem grabbing a drink or switching between controller input and finger tracking! pic.twitter.com/TQsLajrAHC

The folding feature isn’t FlipVR’s only special feature. People with different sized hands adjust the position and angle of the control surface to fit their hand shape. This makes it very comfortable to use, even for long periods of time, according to Shiftall.

A charge via USB-C powers the VR controllers for over seven hours. The price has not yet been set. The controllers are expected to be released later this year.

The “HaritoraX Wireless” full-body tracking set, also presented at CES 2023, differs from the “HaritoraX 1.1” model mainly in its wireless operation. The six compact body trackers weigh 17 grams each and last around 20 hours on a USB-C charge. Users can expand them with additional expansion sets. Up to eleven trackers are supported simultaneously. 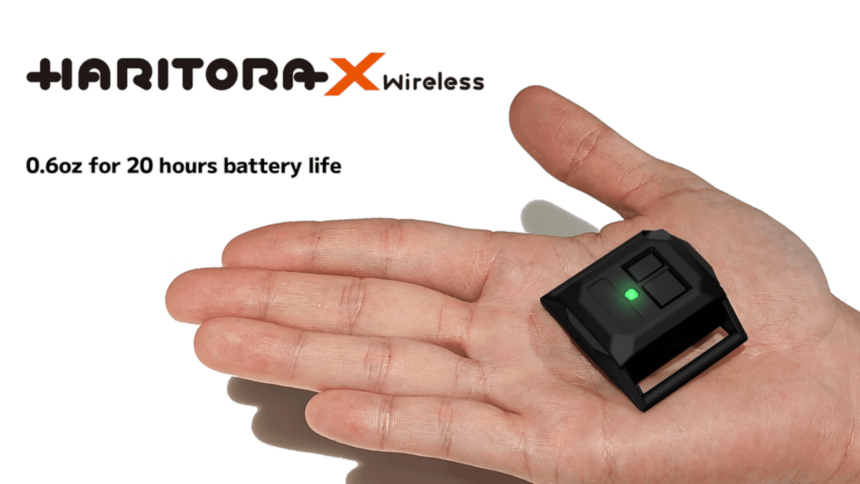 The dimensions of Haritora are much more compact than other trackers. | Image: Shiftall

Accelerometers, gyroscopes, and compass sensors (nine-axis IMUs), as well as a range sensor (at the ankles only) are used for tracking. The system does not use external optical sensors and can be worn under clothing.

The trackers are compatible with apps such as VRChat, NeosVR, VirtualCast, Virtual Motion Capture, Cluster and ChilloutVR. A pre-sale priced at $349 will begin in February 2023, with shipping to follow in June.