Meta opens a Star Wars VR attraction at Disney World. What can you look forward to?

Those planning a vacation in California over the summer months (or live there anyway) can look forward to a Star Wars VR experience in Orlando. Meta and Disney are bringing Star Wars: Tales from the Galaxy’s Edge to Disney World.

Meta and Lucas Arts are bringing the Star Wars: Tales from the Galaxy’s Edge VR experience to the Disney Springs West Side of the world-famous Disney theme park. There, Meta replaces the NBA Experience, which was forced to close in 2020 due to the pandemic and was subsequently not renewed. 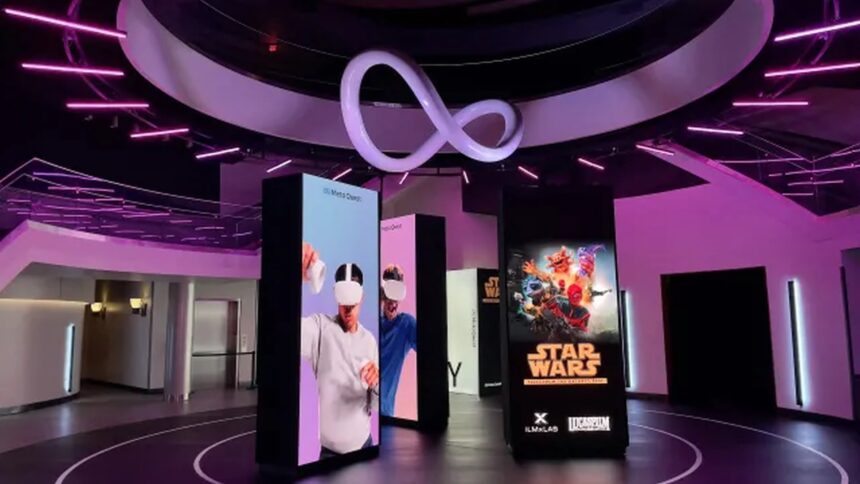 Tales from the Galaxy’s Edge is also temporary for now, running from May 2 to July 21, 2022, and visitors ages 13 and older can dive into virtual reality with a Meta Quest 2 and experience their own Star Wars adventure.

In addition to the usual Star Wars merchandise, there will also be a small Meta Store where customers can buy their Meta Quest 2 right after the VR experience.

What Tales from the Galaxy’s Edge is about

In the Star Wars VR attraction, you take on the role of a droid mechanic who gets caught up in a pirate attack just outside the planet Batuu. The predatory gang is targeting a mysterious cargo on your ship.

You just manage to drop the cargo over Batuu and head out after it in an escape pod. On the green planet begins an adventurous escape from the pirates and their leader Tara Rashin.

Tales from the Galaxy’s Edge was released back in 2020 for Meta Quest and Meta Quest 2. Lucas Arts’ VR studio ILMxLAB has since expanded the adventure with paid DLC that brought two new mini-campaigns and playable short stories to the VR game.