Demeo: Reign of Madness is a brilliant finale for one of the best VR games

The first Demeo saga ends with Reign of Madness. A worthy conclusion to the adventure?

The group of heroes explored underground vaults, a poisonous sewer, a cursed forest and a cursed desert city. At the end of their journey, they reach the tranquil village of Ends, where the final battle against the elf king gone mad takes place.

Reign of Madness is the fifth and, for now, last Demeo adventure and brings with it a new environment, new enemies, new map abilities and a new hero class: the barbarian Uhrak. As usual, the new content is free.

The village of Ends invites you to explore it with its pretty medieval look. If only there wasn’t the elf summoner, who constantly keeps the hero group on their toes. This mini-boss already appears in the first two levels and keeps opening portals from which monsters crawl every few rounds. 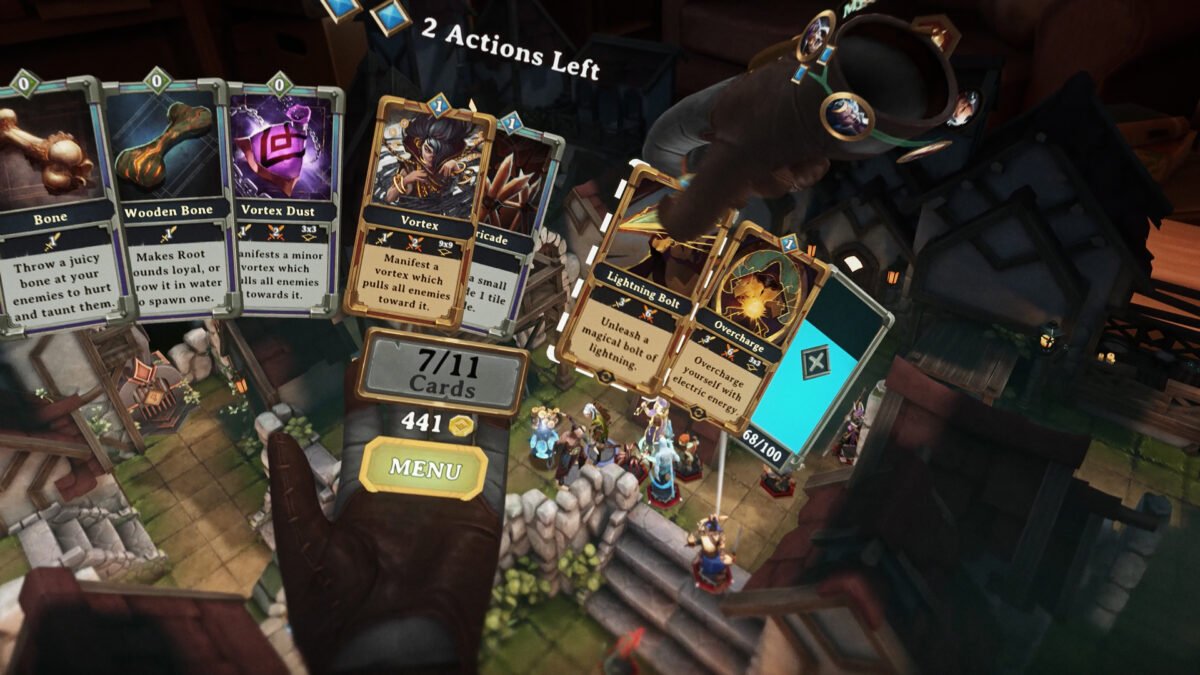 In Ends, you’ll have your hands full. Besides the enemies, you’ll have to destroy summoned portals and take down a powerful elf wizard. | Image: Resolution Games

So, not only do you have to destroy the forces occupying the village. You also have to close the recurring portals as soon as possible. If you take your time with this, you will be overrun by the hordes within a very short time.

All this happens while at the same time hunting for the author of this evil. Once the elf summoner is dead, some peace finally returns to the village.

In Ends you’ll also meet a number of new NPCs: a beggar with whom you can trade items, citizens who will provide you with healing potions and gold coins, and a mercenary with a crossbow whom you can hire for cash.

My personal highlight of this adventure is the barbarian. After the warlock Oana, Resolution Games has outdone itself once again with Uhrak: No other class is so agile, versatile and creatively usable.

This is thanks to Uhrak’s weapon: Varga’s infamous hook. With it, the fighter can cover long distances, pull monsters towards him by force, and rescue companions from tricky situations.

The hook’s most powerful ability is to pick up explosive lamps and hurl them into enemy groups. The barbarian can also jump over obstacles and walls, chain enemies and intimidate entire groups of monsters with his howl. All these abilities make Uhrak stronger than he should be. If he also has a healer at his back, he becomes a steamroller.

If you withstand the onslaught of monsters and survive the two levels, the Elf King awaits you, the deadliest of all bosses so far.

Especially nasty: the Elf King sits on his throne for the most part, rarely intervenes in battle himself, and lets his larger-than-life demonic ghost hands do the dirty work. These crush everything that gets in their way.

With the Elf King, Resolution Games has once again created a boss that seems to be overwhelming, and it is, but with the right strategy, a bit of luck and the use of the very last of your forces, it can still be defeated. 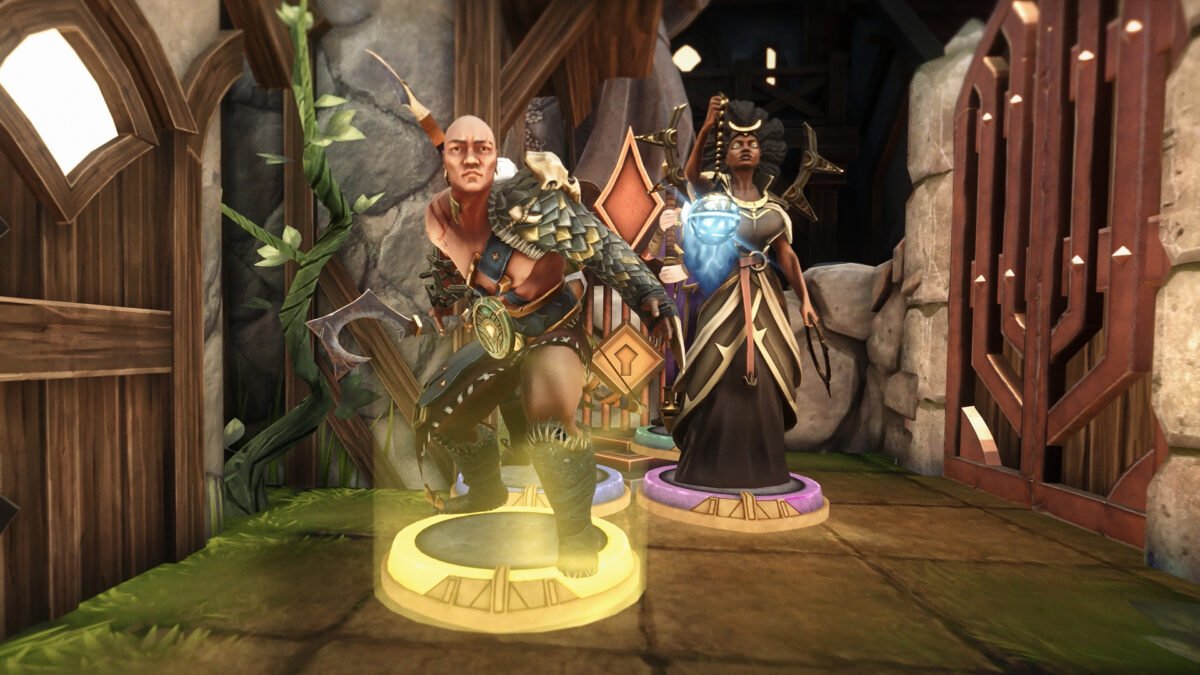 The barbarian Uhrak and the sorceress Oana. | Image: Resolution Games

All in all, Reign of Madness is a more than a worthy end to the first Demeo saga. The question is, of course, what happens next.

A PVP mode called Demeo Battles is planned for 2023. But will there also be new PVE adventures? Resolution Games did not comment on that. However, a continuation of the epic journey is more than likely, after all, Demeo is the VR studio’s biggest hit so far.

Reign of Madness brings a total of eight new area variations, three of which are randomly selected in each play-through. The Black Sarcophagus had 15, Realm of the Rat King 5, Roots of Evil 8, and Curse of the Serpent Lord also 8 maps. This brings the total number of varied areas to 44, almost three times as many as when the game launched in May 2021.

Four new adventures, three new classes, and features like the Hero’s Meeting, Painting Party, and Mixed Reality mode have significantly upgraded the title since release, which is why Resolution Games will raise the game’s price from $29.99 to $39.99 on January 12, 2023. If you are considering a purchase, you still have some time to get the VR game at the lower price.

Demeo is available in the Meta Quest Store, on Steam, and in the Pico Store. The VR game will be released for Playstation VR 2 on February 22, 2023. You can read more about the title in our review of the Demeo base game.