A major update is in the works for the combat sim Blade & Sorcery, improving gameplay mechanics and graphics.


The infamous VR game has gained something of a cult following in recent years. The sandbox fighting game lets you engage in (decidedly) brutal battles in virtual reality with sword and shield, ranged weapons or magic. A physics simulation ensures almost realistic skirmishes. This formula has made Blade & Sorcery one of the most successful VR games on the market.

Released in 2018, the PC VR version currently boasts more than 27,000 positive reviews. At the end of 2021, the mobile spin-off Blade & Sorcery: Nomad for Meta Quest 2 was released and the VR game became a super hit on this platform as well within a very short time.

As of this writing, the title has nearly 14,000 reviews, putting it in 6th place among the highest-rated VR games in the Quest Store. Since ratings correlate with sales, Blade & Sorcery should have become one of the best-selling Quest games in just five months.

The studio responsible, Warpfrog, has been releasing updates ever since its release, expanding and improving the game to keep fans engaged.

The next major update is “U11” and brings a variety of gameplay innovations. PC VR players can also look forward to improved graphics.

The main focus of the update is the magic system, which is completely overhauled. The studio improves the graphics and sound effects of the spells, and also unlocks new combat abilities. Using both hands to cast spells will make certain spells more powerful or give you new abilities. It will also be possible to combine spells with the magic wand.

The sneaking mechanics will also be reworked. AI enemies will now react more realistically to your presence, and a new visibility system will make it easier to sneak into dark or shadowy areas.

The team is also working on an inventory for dungeon loot and the ability to find and create different armor pieces. An improved avatar system is also in the works. 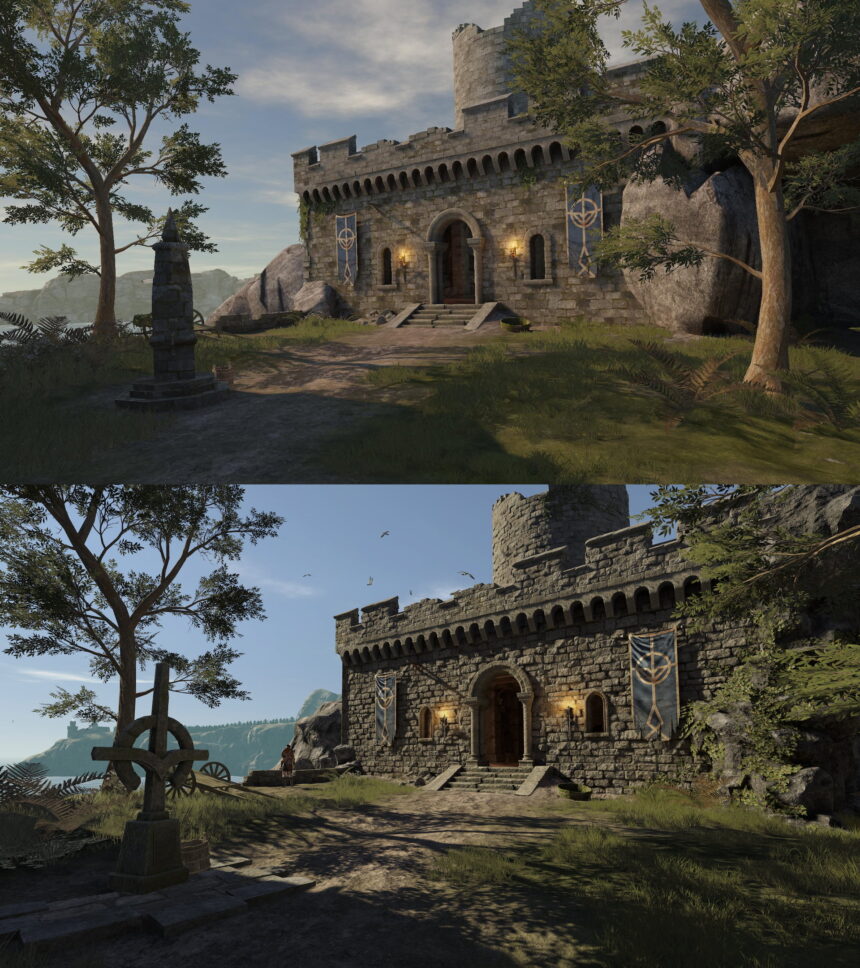 The old and the new lighting system with more plastic walls. | Image: Warpfrog

The graphics of the PC VR version have also been revised. This is especially beneficial for the environments, which are now more realistically illuminated and offer dynamic lighting effects. The surfaces of buildings have also been given more details and plasticity.

It is not yet known when Update U11 will be released. Originally, it was supposed to be released in the first quarter of 2022. So it should be close.

You can find a more detailed overview of the new features at Road to VR. Alternatively, you can also check out the official announcements and posts about the new magic system, further game improvements and the graphics update.