The next Beat Saber update brings new gameplay mechanics. In a short trailer, Beat Games shows what fans can expect.


The Czech studio has been keeping fans on tenterhooks for weeks. Beat Game hinted that something bigger is on the way last October at Connect 2021. With a video clip, the studio teased new lightsabers and a leveling system.

In January, Beat Games showed off a new sliced notepad. Apparently, you have to guide the lightsaber along the given path, which should result in new movement patterns and choreographies. So far, horizontal and vertical swings have dominated. 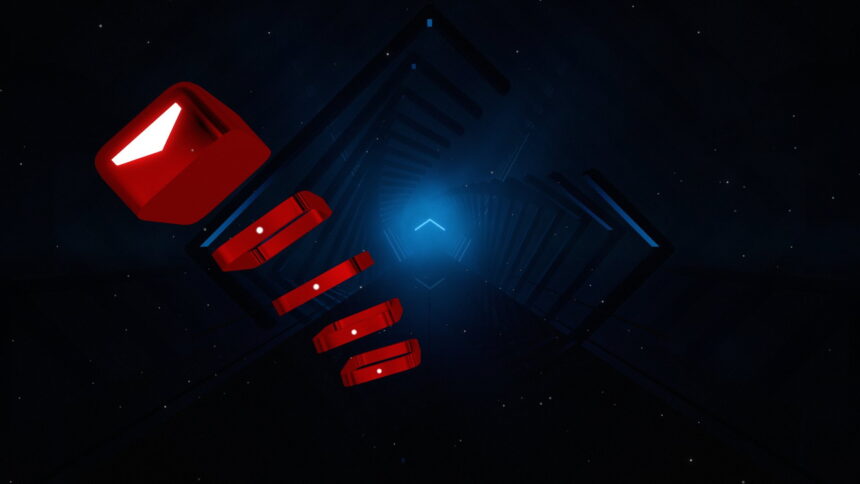 A new half-minute video clip on Twitter offers the best look yet at the upcoming update. You can see the new note block as well as other gameplay innovations. These include energy strips that may dictate swing paths and anticipate notes. But it’s best to see and speculate for yourself.

What is certain is that Beat Saber fans can expect the biggest gameplay update yet. It’s been a while since the VR game got new gameplay mechanics. That was in late 2019 when Beat Games introduced 90- and 360-degree levels. The way you interact with the blocks remained untouched.

The next update is expected to change and expand the tried-and-true gameplay formula and could bring more variety and new challenges.

Beat Saber wouldn’t need that. After all, the VR game is selling like hotcakes. Beat Games has sold more than four million copies (as of February 2021) and 100 million US dollars in revenue on the Quest platform alone (as of October 2021). These are figures that no other VR studio can match, which led Meta to buy the Czech studio.

Beat Saber is a perfect introduction to virtual reality. The game is easy to understand, it looks cool and shows the strengths of the medium. The question is if and when the VR industry can produce more hits of such caliber.