You can experience Beat Saber now like back in 2018

The most successful VR game in the world is approaching its fourth birthday. Now you can play it in its original look.

Beat Saber enthusiast and developer Kaitlyn is giving fans of the game a big treat. With her latest Beat Saber mod, you can play the game in the menu environment and with the user interfaces of the original Early Access version from early 2018. Beat Saber left that phase and was officially released in May 2019.

Since then, Beat Games has revamped the menus several times. Those who want to wallow in nostalgia or prefer the old design now have the opportunity to take a little trip back in time thanks to Kaitlyn’s plugin.

This is only possible on the PC. The Quest version of Beat Saber is not supported.

On Twitter, Kaitlyn writes that the mod is lightweight. You can switch to the old menus in-game by clicking the “Oldschool Beat Saber” button. It’s just as easy to return to the new design.

The mod was created within two weeks. “This is my most ambitious mod I’ve ever made, a lot of time and effort went into making this possible,” writes the developer.

Go back in time. This plugin lets you re-experience the glory days of Beat Saber from 2018, allowing you to use the 2018 menu environment and UI on latest Beat Saber!https://t.co/fkHWDYg22n

You can find the mod on Github along with other mods developed by Kaitlyn. To install it, you can use the modding tool Mod Assistant. For more information, see our Beat Saber modding guide.

It’s been five years since Beat Saber was released in Early Access on Steam. A few months before that, I met one of the two original developers, Ján Ilavský, in San Francisco. At the time, Beat Saber was still one VR indie game among many, even though there were early signs that the studio had a big hit in the making. 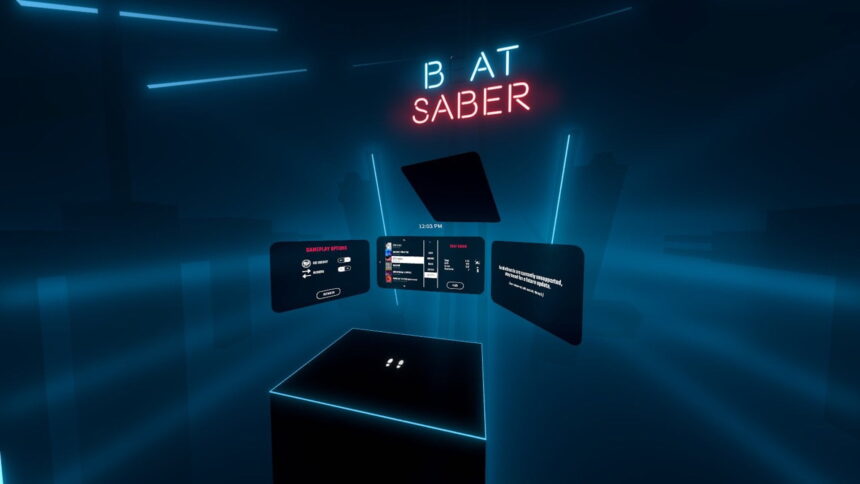 Beat Saber became a YouTube phenomenon that same year, has since sold millions of copies, and is now synonymous with virtual reality as well as a Meta Quest 2 system seller.

Meta recognized the potential and bought the Czech studio in November 2019, and Meta has since been able to decide for which new VR platforms the VR game will be released. Recently, Beat Saber was announced for Playstation VR 2, while the mobile VR platforms from Pico and HTC have so far come up empty.