A VR theater is performing an immersive play about the Gunpowder Plot in London. The role of Guy Fawkes is played by a former Harry Potter star.

“Remember, remember, the 5th of November”. The beginning of the British nursery rhyme that harks back to Guy Fawkes’ assassination could soon be used for a special VR experience. An immersive VR theater is opening in London that will put you in the shoes of Fawkes’ gang of conspirators, letting you experience the Gunpowder Plot firsthand and promising a whole new hybrid theater experience.

The Gunpowder Plot: A historical conspiracy in VR

The Gunpowder Plot (“The Gunpowder Conspiracy”) transports audiences to the night of November 5, 1605, when Guy Fawkes and a group of co-conspirators deposited more than two tons of black powder in the vaults beneath the Palace of Westminster. On the day of the opening of Parliament, the bombers wanted to blow up James I and the entire Parliament, the bishops and the high nobility.

However, one of the most famous assassination attempts in European history was narrowly thwarted when one of the conspirators became nervous and warned the Parliament. In Great Britain, the prevention of the Gunpowder Plot has been celebrated annually ever since with the so-called Bonfire Night. Now you can experience this historic event in VR for the first time.

The virtual environment of the VR theater piece “The Gunpowder Plot” features extensive recreations of various historical settings in 17th century London. During the play, viewers embark on an undercover mission in virtual reality and are infiltrated into the conspiratorial gang.

“We want it to feel like somebody made a movie version of the Gunpowder Plot and it came to life around you and exploded in your face with bits of Jacobean London flying at you,” shares Danny Robins. “This is a story about activism. It’s about trying to change the world but then realizing that you’re doing it the wrong way.”

A total of twenty real-life actors perform the play live on a physical theater stage and are projected into the VR environment via projection mapping (explanation). The audience is also expected to feel haptic feedback, smells and temperature changes during the VR experience. There will also be moments to interact with Guy Fawkes.

Probably the most famous British assassin, Fawkes is portrayed by Tom Felton in The Gunpowder Plot. Felton is best known for his role as Draco Malfoy in the Harry Potter saga. 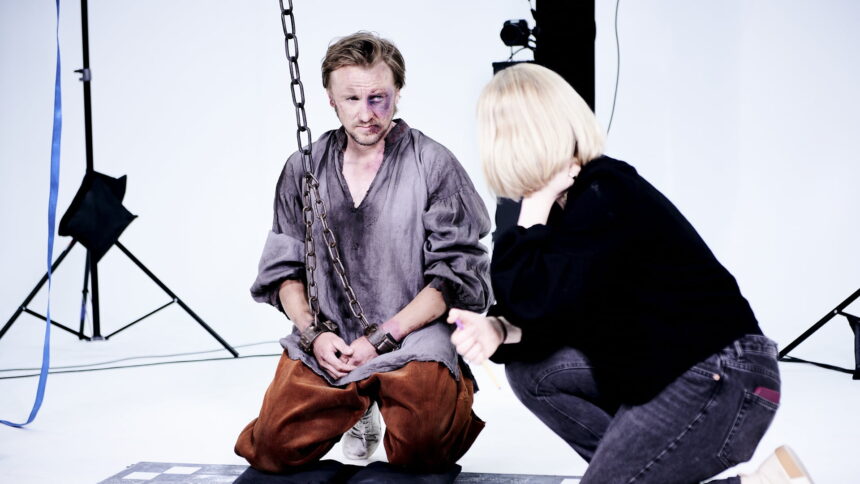 Figment Production is responsible for the technology of the VR theater. The British studio has already realized several VR attractions for theme parks, such as the Wizarding World of Harry Potter at Universal Orlando Resort or the Lego Race VR Coaster at Legoland.

The Gunpowder Plot can be experienced from May 20, 2022 in the immersive theater in the Tower Vaults of the World Heritage Site London Tower. Tickets start at around $50.