Admittedly, I’ve had little to do with puppets so far. And so, my path would probably not have crossed the Museum of Puppet Theater and Puppetry in Bochum, Germany, anytime soon. But the VR experience “Puppet 4.0” piqued my curiosity. I paid a visit to the virtual puppet museum – and was pleasantly surprised!

The real puppets from the museum’s collection cannot be visited in reality at the moment. However, with an Oculus Quest, I can already view three-dimensional images of the figures in virtual reality. I can also move some of the dolls myself to get to know them better.

VR experience: The tale(s) of the dolls and figures

In the VR experience, I find myself in typical puppet theater scenarios. Picture a forest, a marketplace, or an oriental temple. Fritz Wortelmann, founder of the German Institute for Puppetry, appears in miniature as a puppet himself. Puppet Wortelmann provides information about each individual figure on display.

In five VR rooms, I learn about various aspects of puppet theater. In the first room, for example, I learn about puppets that were used by the Nazis for their propaganda in the 1930s. Or, did you know that because puppeteers were associated with sorcery by the church, they were considered dangerous in the Middle Ages? I didn’t. 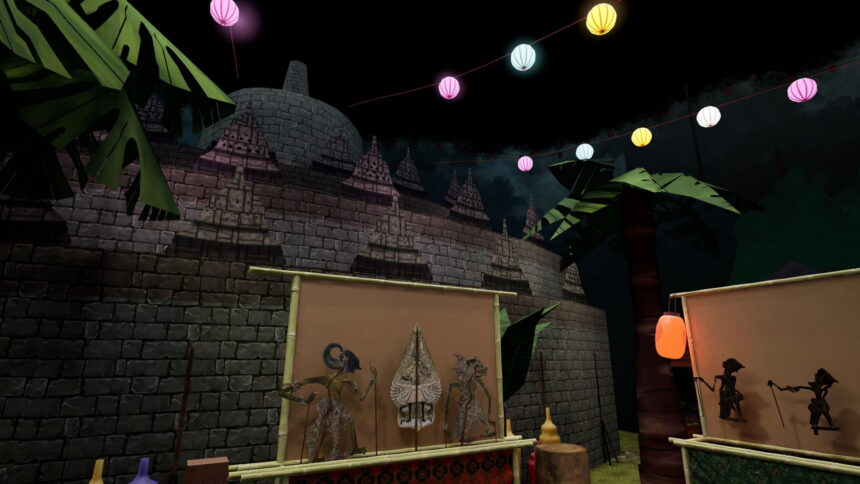 In other rooms, I look at stick figures from Asia and learn about “wayang” – Indonesian puppetry. A few puppeteers move up to 30 figures at the same time. There were probably shadow play figures already on the island around 1500 BC.

From China, there are figures of hand puppetry from the 16th century. The figures are exact miniature representations of the performers of the Chinese opera at that time. One of the miniature heads on a wooden stick represents a 17th-century Japanese performer. 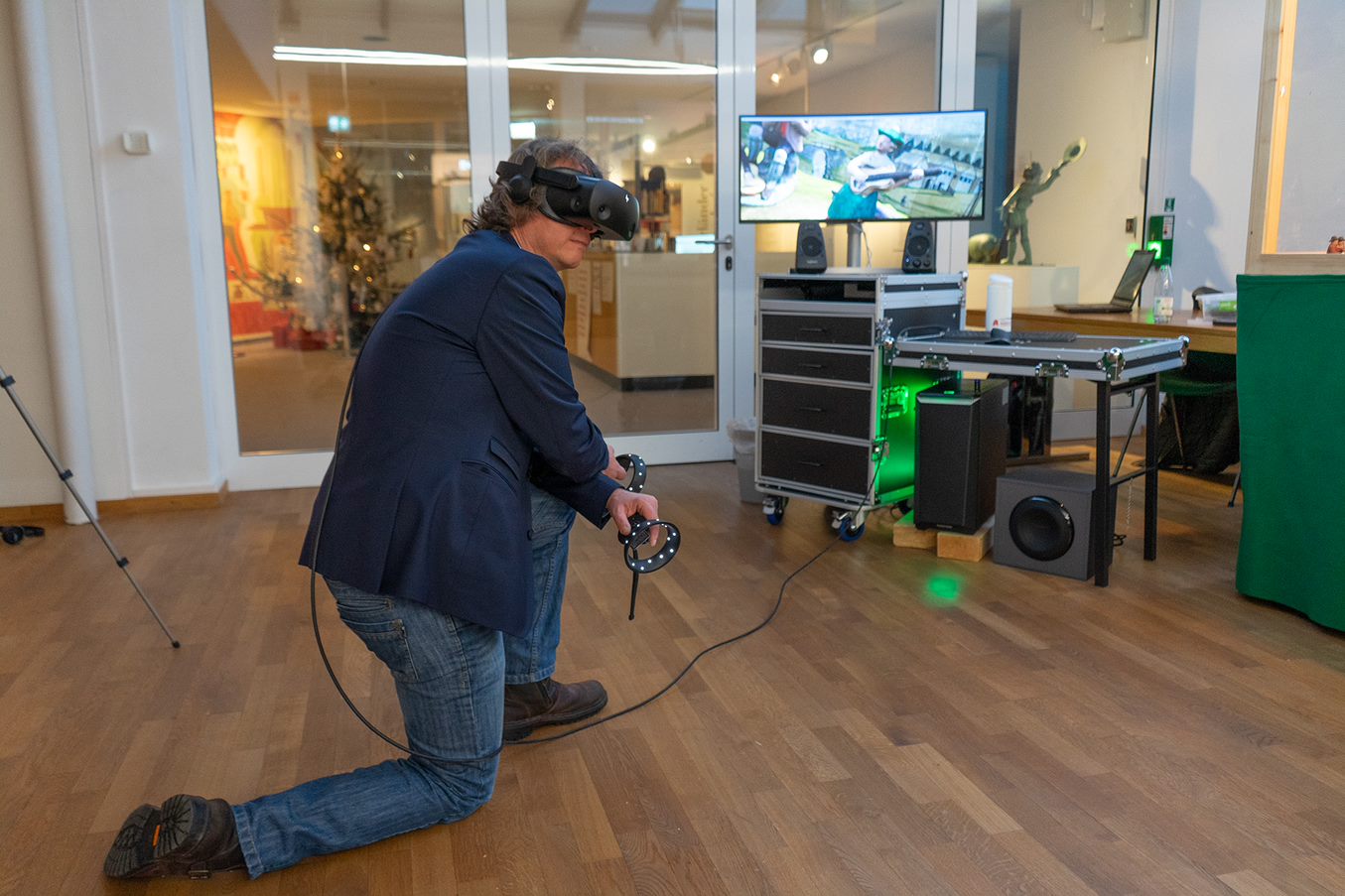 I can lift some dolls to look at them closely. However, the exhibits are rarely interactive. This is intentional, says Mareike Gaubitz from the museum’s documentation and research center. They want to remain a museum and not develop a VR game.

The programmers deliberately refrained from using VR controllers. I only use my hands to move through the computer-generated environment. The operation should be as simple as possible, both for children and for seniors, who are already somewhat skeptical about VR headsets, says Gaubitz, whose enthusiasm for the puppet theater is plain to see. 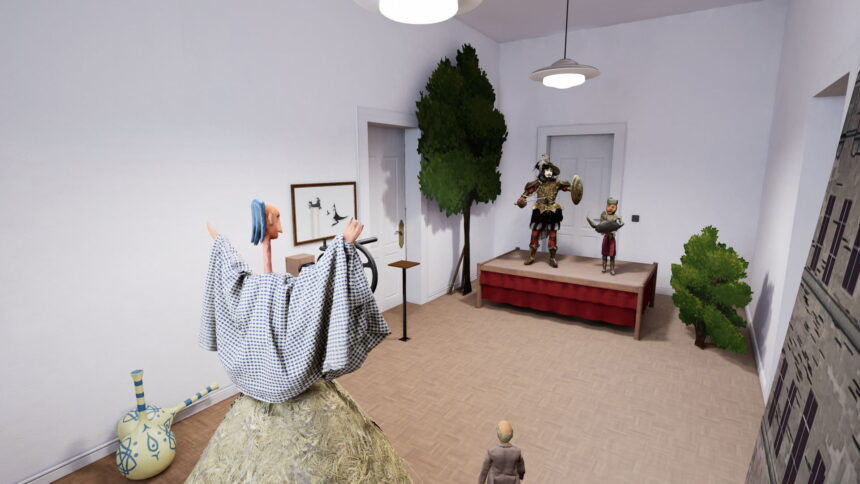 The little figure of Fritz Wortelmann, founder of the German Institute for Puppetry, shows us around and explains everything. | Image: FIDENA

Strictly speaking, it is not called “puppet theater,” but rather “figure theater,” I learn from little Mr. Wortelmann. Because when you hear “puppets,” you immediately think of children’s programs and toys. But the world of miniature theater is more diverse than the classic childhood shows. Some figures transform or are split down the middle, for example when they are fatally struck with a sword by an Italian soldier in shining knight’s armor.

Become a puppet theater fan through VR – or vice versa

Those who want to immerse themselves completely in the virtual tour should set aside some time. It takes a good 90 minutes if you wish to watch and listen to everything. But it’s worth it: little Mr. Wortelmann can tell gripping stories and, as is usually the case in museums, you learn a lot in the process. In any case, the VR experience opened up a new world of puppet theater and puppetry to me.

The “Puppets 4.0” project was funded by the federal government and the city of Bochum. The plan is to introduce more people to the world of puppet theater. “On the one hand, we get VR enthusiasts to perhaps engage with the topic of puppet theater for the first time,” says Mareike Gaubitz, “on the other hand, puppet enthusiasts come and are fascinated by the possibilities of virtual reality.”

For more information and tickets, visit the official website (You can select English language in the upper right corner).