Multiple focus planes are an important feature of upcoming VR displays. They enable us to see virtual worlds similar to reality. Videos show how the complex display technology works.

It’s a problem as old as VR headsets themselves: After a long time in virtual reality, your eyes hurt and your skull hums. The cause is a phenomenon also known as vergence-accommodation conflict (VAC).

These mechanisms of the human eye are normally coupled and constantly interacting. When you put on a VR headset, these two reflexes come into conflict, which can lead to eye fatigue, headaches, and even nausea. This makes it difficult to be in VR for extended periods of time. That’s why VR headsets with progressive lenses would be a great advantage.

How does the conflict between vergence and accommodation come about?

The reason for the VAC lies in the design of the current VR headsets. The interaction of display and lenses creates a single, fixed focal plane at a distance of about two meters.

Anything beyond this range is infinitely distant and uniformly sharp to the eye. Since natural environments consist of an infinite number of continuous focal planes, this is an optical anomaly to the eye.

In virtual reality, if you are looking at an object farther than two meters away, this is not a serious problem because vergence and accommodation work together more or less undisturbed under these conditions. 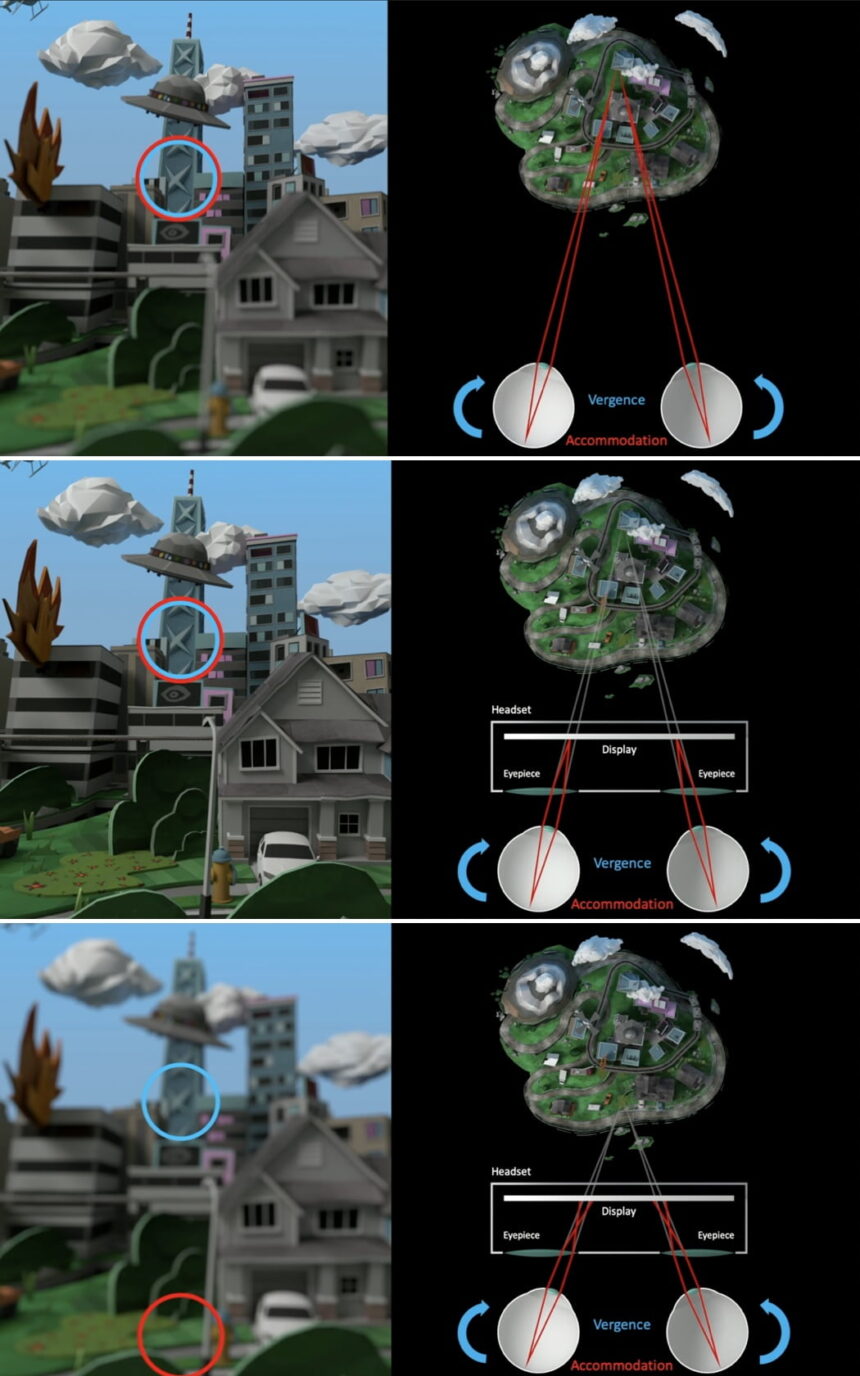 A conflict between these mechanisms arises only at close range: the eyeballs converge to bring the near object into the field of view, while the lenses assume that the object is infinitely far away due to erroneous depth information and consequently cannot focus properly. The result is a blurred image of the entire virtual environment.

The fact that vergence and accommodation act on objects at different distances irritates the brain, which can lead to the above-mentioned unpleasant symptoms if the object remains in focus for a longer period of time.

The industry has been working for many years on displays that enable varifocal vision in VR, i.e., the natural focusing of virtual objects at any distance. Varifocal displays and light field displays are considered particularly promising.

In 2015, Meta developed a bulky varifocal prototype with precision-machined parts. In the years that followed, Meta miniaturized and simplified the technology. The result is a prototype called Half-Dome 3, which relies on fixed liquid crystal lenses. They generate up to 64 different focal planes through different electrical charges, providing the eye with the depth information it needs to properly focus on close objects. 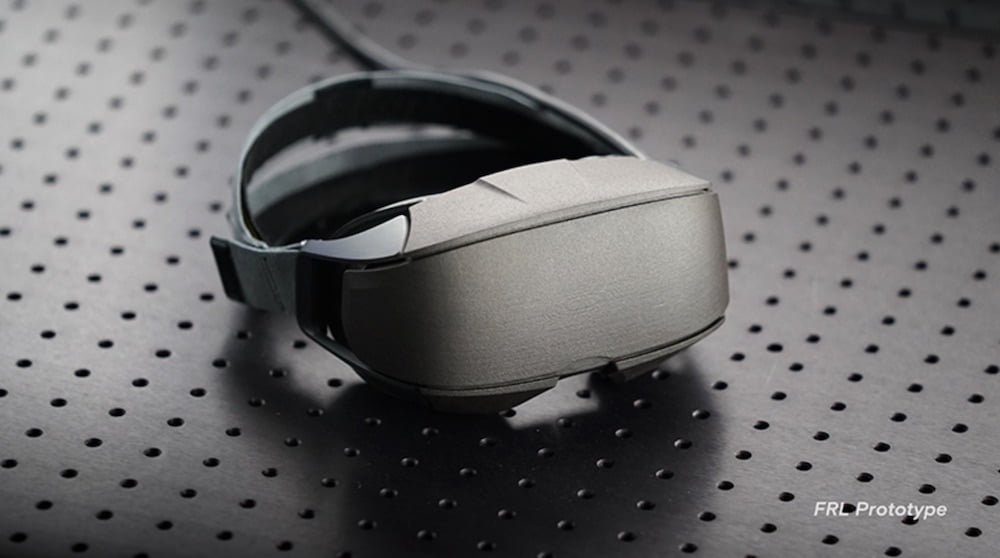 One disadvantage of varifocal displays is that they require precise and fast eye tracking: The VR headset must determine what the eye is looking at and activate the nearest focal plane. Rendered artificial blur provides further depth information that supports accommodation.

The video below shows the varifocal image of Meta’s first varifocal prototype, which already works amazingly well: You can see the focal point of the eye and how the system switches between different focal planes.

The headset wearer can switch between foreground and background focus by accommodation, as when viewing a natural environment, with one plane in focus and the other out of focus. This is particularly evident in the pattern of the fence.

Light-field displays are a second promising technology that could solve the vergence-accommodation conflict. One of the companies betting on this solution is Swiss startup Creal (“See real” pronounced), which has been working on light field technology for five years and has since unveiled various VR and AR prototypes.

Creal’s display mimics the behavior of light reflected from the natural environment. This means that the focus planes are already included in the image information and do not need to be simulated specifically: The eye can focus naturally, not even eye-tracking is necessary. The following video illustrates how the technology works.

Creal has released videos showing the light field display in practice. The latest video is from June and shows the VR prototype. It excellently shows the focus change between foreground and background, depending on what the camera focuses on: once the hand and the fingers, once the display behind it.

The light field appears in the center of the image within a high-resolution 30-degree field of view that corresponds to the foveal area of the eye. The surrounding field of view is represented by a conventional, lower-resolution display. This principle of a dual display is familiar from Varjo’s premium headsets.

Since the light field is smaller, the rendering effort is also reduced, which is an advantage for using the technology in commercial devices. The team is now working on a foveal display area that moves with the eye to make the display more efficient.

The current VR prototype is still very clunky, heavy and expensive to manufacture. Creal wants to reduce the size of the headset to the form factor of ski goggles in the next few years.

If you wish to learn more about Creal’s VR and AR light field displays, you can watch a presentation by co-founder and CEO Thomas Sluka on Youtube.